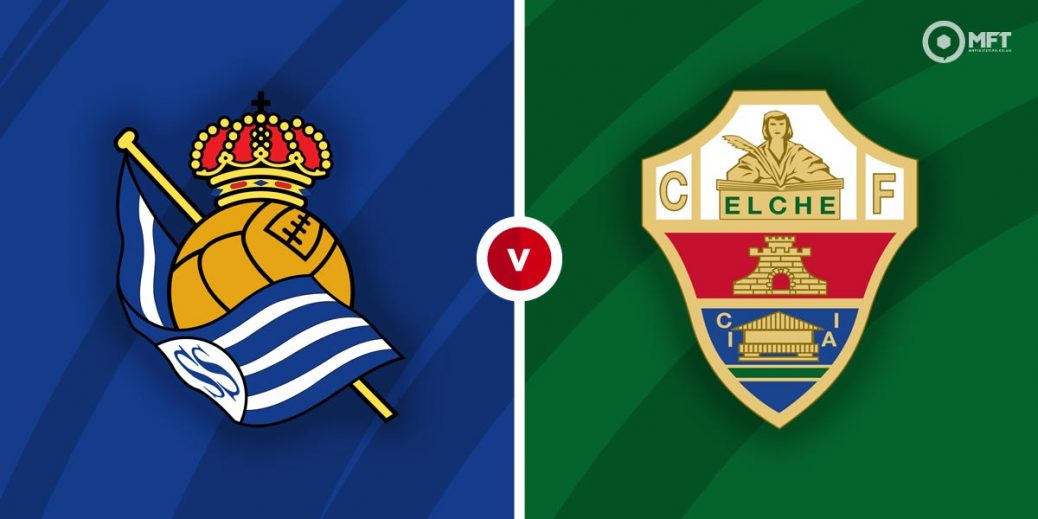 Real Sociedad host Elche in a Spanish La Liga fixture at Reale Arena as they continue their push for a finish in the top six. Sociedad have stumbled slightly in recent weeks but should be too strong for Elche who are down in the relegation zone.

Sociedad lost 1-0 at Huesca last time out in La Liga. They had the better opportunities with Ander Guevara and Alexander Isak both missing good chances before the break.

The result was a blow to Sociedad’s Europa League hopes but Real Betis' failure to win against Valladolid means they remain fifth on the table with 53 points. Imanol Alguacil will be keen to see his side return to winning ways having won the two matches prior to the defeat at Huesca.

One area that needs work for Sociedad is in defence where they have kept just one clean sheet in their last eight La Liga matches. They often rely on their attack to get past opponents with a 4-0 victory over Alaves and a 4-1 triumph against Cadiz among their recent results at home.

Elche will be feeling disappointed to have come away empty handed against Atletico Madrid in their previous La Liga fixture. They frustrated the Madrid Club for much of the contest and had a chance to steal a point late on but Fidel Chivas struck the upright with a 90th minute penalty as the game finished 1-0.

A draw would have seen Elche climb out of the bottom three but they remain in the relegation zone, one point from safety. The problem for Fran Escriba is his team have shown little fight lately with just one win their last nine La Liga matches.

Elche have an even worse record on their travels with no wins from their last 15 away matches. They have lost seven of their last eight away matches and suffered a 2-0 defeat at Osasuna in their last fixture on the road.

How the bookies view itReal Sociedad head into Friday’s match as overwhelming favourites among the bookies and are priced at 13/25 by novibet to win. A victory for Elche is valued at 38/5 by Vbet while a draw is set at odds of 67/20 by Sporting Index.
Given Elche's abysmal record on the road, I am leaning towards a victory for Real Sociedad.

Real Sociedad have a 5-3 advantage with three draws from 11 previous matches against Elche. La Real have won three of the last four meetings and triumphed 3-0 in the reverse fixture back in September.

Alexander Isak has had a fine season for Real Sociedad with 14 goals to his name. The striker is priced at 4/6 by Vbet in the anytime goalscorer market while the first goal is set at odds of 12/5 by bet365.

Much of Elche’s attacking play usually goes through Lucas Boye, who has scored six goals this season. The Argentine striker is priced at 5/1 in the anytime goalscorer market.

A Real Sociedad win and over 2.5 goals could be considered at 7/5 with bet365 while La Real could also be backed to score in both halves at 6/4 with William Hill.

This La Liga match between Real Sociedad and Elche will be played on May 7, 2021 and kick off at 20:00. Check below for our tipsters best Real Sociedad vs Elche prediction. You may also visit our dedicated betting previews section for the most up to date previews.