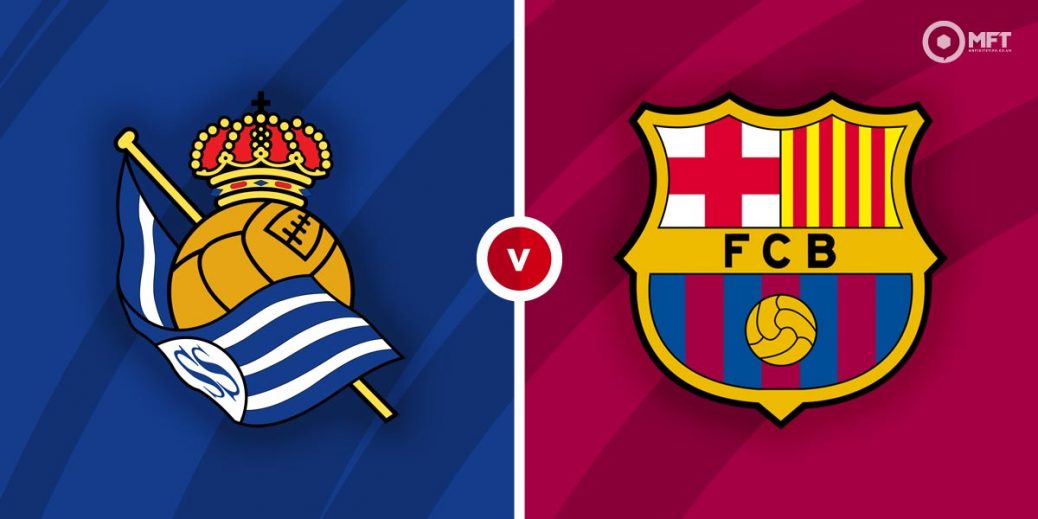 Barcelona will hope maintain the pressure on leaders Atletico Madrid when they travel to the Reale Arena for a Spanish La Liga fixture against Real Sociedad. The hosts are a dangerous side and are currently vying for a place in Europe but Barca have momentum and can overcome the hosts with their experience.

The Catalans kept up their pursuit of Atletico Madrid with a 4-1 victory over Huesca in a Monday night La Liga fixture. Lionel Messi netted a brace while further goals from Antoine Griezmann and Oscar Mingueza earned them the comfortable win.

Ronald Koeman’s men are out of the UEFA Champions League and can turn their focus fully to their title challenge. They are now just four points of the pace in La Liga and with Atletico looking unconvincing in recent weeks, can crank up the pressure on the Madrid club.

Barcelona are the team in form in La Liga at the moment and head to Sociedad with 11 wins from their last 12 matches. They are just as impressive on the road, winning their last eight matches in a run that includes a 3-2 victory over Athletic Bilbao while they also overcame Sevilla 2-0.

Real Sociedad were disappointing in their previous La Liga fixture as they lost 1-0 at Granada. It was an uncharacteristically poor display as they could only muster a single attempt on target throughout the contest.

Imanol Alguacil's men have impressed this season and are currently vying for a European place. They are fifth on the table, five points above Villarreal, who are just outside the final Europa League spot.

However, they have battled with inconsistency in recent weeks with just one win in their last four matches in all competitions. They have also failed to win at home against any of the big three this season, playing out a goalless draw against Real Madrid while also losing 2-0 against Atletico Madrid.

The bookies have installed Barcelona as favourites and the Catalans are priced at 13/12 by BoyleSport to win on Sunday. A victory for Real Sociedad is valued at 27/10 by William Hill while a draw is set at odds of 56/19 by Vbet.

Barcelona have momentum at the moment and should claim the victory on Sunday.

Barcelona have the advantage in this fixture with 35 wins from 54 previous matches. Real Sociedad have been victorious eight times while both teams have battled to 11 draws.

The Catalans claimed a 2-1 victory in the reverse fixture back in December.

Lionel Messi is the top scorer for Barcelona with 21 goals and heads into Sunday’s match with a brace against Huesca. Unibet has the Argentine forward at 11/10 to score anytime while Antoine Griezmann is priced at 43/20 in the same market.

Alexander Isak and Mikel Oyarzabal carry the attacking threat for Real Sociedad with both men combining for 22 goals this season. Isak is priced at 15/8 by Unibet to score anytime while Oyarzabal is also valued at 15/8 by bet365 in the same market.

A win/score double could also be worth a punt with SBK offering 15/8 for a Barcelona victory and over 2.5 goals. A win/score double involving the Catalans and Lionel Messi is also worth considering at 187/100 with bet365.

This La Liga match between Real Sociedad and Barcelona will be played on Mar 21, 2021 and kick off at 20:00. Check below for our tipsters best Real Sociedad vs Barcelona prediction. You may also visit our dedicated betting previews section for the most up to date previews.