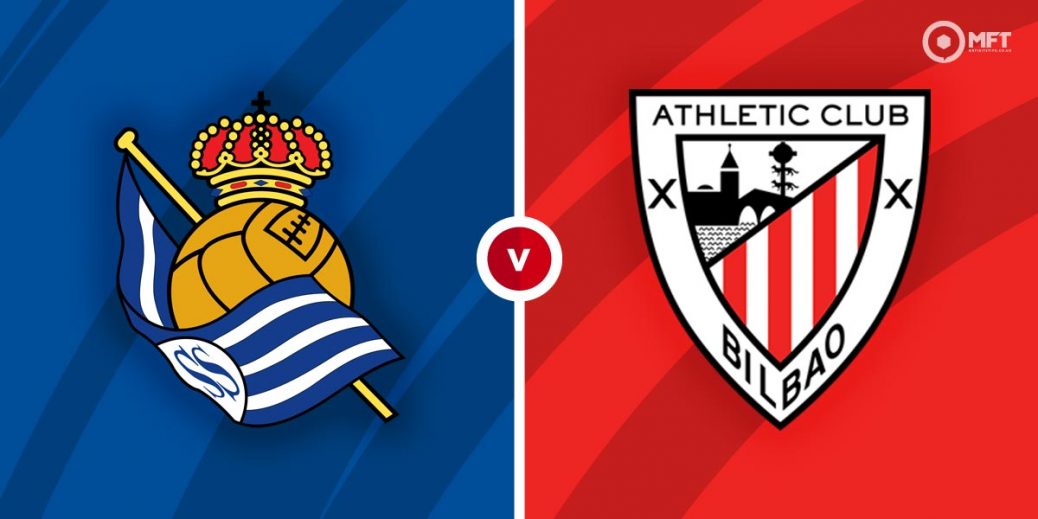 After squaring off in the Copa Del Rey final, Real Sociedad and Athletic Bilbao face each other again, this time in a Spanish La Liga clash at the Reale Arena. Sociedad came out on top in the Cup and should once again have the edge at home on Wednesday.

Real Sociedad put their recent La Liga slump behind them as they saw off Bilbao 1-0 to win the rescheduled 2020 Copa Del Rey. Mikel Oyarzabal's second half penalty proved to be the difference in a match that produced few chances.

It is the first major trophy in 34 years for Sociedad, who are pushing to finish in the Europa League places. They are currently seventh on the table, just one point behind Real Betis in fifth.

While their league form has been generally patchy in recent weeks, Imanol Alguacil’s men have attempted to maintain some consistency at the Reale Arena. They have won three of their last four home matches, a run that includes a 1-0 victory over Levante while they also thrashed Alaves 4-0.

Athletic Bilbao will be disappointed with their defeat to Real Sociedad as they failed to create many goalscoring opportunities. They will have another go in the Cup with a clash against Barcelona in the 2021 final coming up on April 17.

For now, Marcelino's men must turn their attention to La Liga matters and their quest to shoot up the table. They are currently 10th on the standings, 11 points behind Villarreal in the final Europa League spot and will need an upturn in fortunes if they are to secure a continental finish.

Athletic Bilbao have not been at their best lately and are winless in their last three La Liga matches. They have also struggled away from home and are on a three-match winless run on their travels, including a 2-1 defeat to Atletico Madrid.

The bookies have Real Sociedad as favourites here with SBK offering 21/17 for a home win. The same firm is offering 11/4 for a victory for Athletic Bilbao while a draw is set at odds of 23/10 by bet365.

With Real Sociedad often doing their best work at the Reale Arena and Athletic Bilbao struggling lately, I am tempted to lean towards a home win.

Real Sociedad have the upper hand in this fixture with 18 wins from 51 previous matches. Athletic Bilbao have been victorious 15 times while there have been 18 draws between both teams.

Sociedad have won the last three meetings, including 1-0 victories in Saturday’s Copa Del Rey final and the reverse fixture back in December.

Alex Berenguer, Inaki Williams and Iker Munain are the ones often tasked with carrying the attacking threat for Athletic Bilbao. Berenguer is priced at 9/2 by bet365 to score anytime, Paddy Power is offering the same odds for Williams while Munain is priced at 5/1 by SBK in the same market.

Real Sociedad have kept clean sheets in two of their last three home matches and also their last two matches against Athletic Bilbao. They are valued at 13/8 by bet365 to keep another clean sheet while a win to nil is priced at 11/5 by Genting Bet.

Matches involving Real Sociedad often feature more goals after the break so the second half could be tipped as the highest scoring half at 7/5 with Sport Nation. The hosts are also a good bet to win the second half at 8/5 with betway.