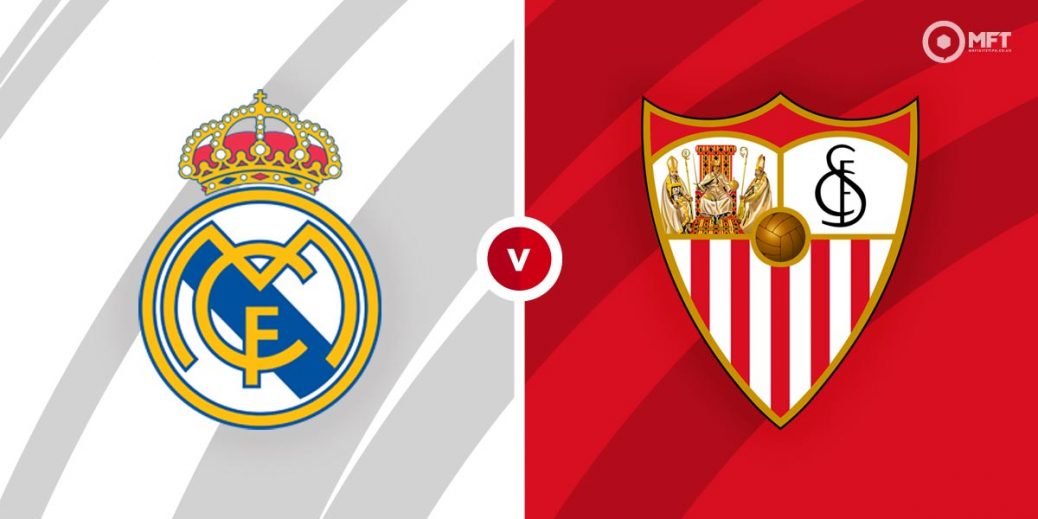 On a weekend where the top four all face each other, Real Madrid host Sevilla in a Spanish La Liga clash at the Estadio Alfredo Di Stefano. Sevilla are in the mix for the title this season and are often a dangerous side to face but Madrid’s experience and record at home should give them the edge.

Real Madrid will now be fully focused on the La Liga run-in after crashing out of the UEFA Champions League. Following a 1-1 draw in the first fixture, they were beaten 2-0 by Chelsea in Wednesday’s second leg for a 3-1 aggregate defeat.

Things are looking slightly better in the La Liga as they sit second on the table, just two points behind Atletico Madrid. With the leaders facing Barcelona at Camp Nou, Zinedine Zidane’s team could end the weekend top of the table with three matches to go.

Madrid have shown some consistency in their league form in recent weeks as they are unbeaten in their last 14 matches, claiming 10 wins in that run. They have also looked solid at the back lately with five clean sheets in their last six La Liga matches.

Sevilla missed the chance to maintain the pressure on the top three after suffering a 1-0 home defeat to Athletic Bilbao in their previous La Liga outing. They were dominant in the contest but were punished by a late Bilbao winner.

While they are mathematically still in the mix for the title, the defeat to Bilbao could be a psychological blow to the team. They are now four points behind second place Real Madrid and six off leaders Atletico.

Julen Lopetegui’s men have won just once in five matches against the top three this season. Among their results against the big three is a 2-0 home defeat to Barcelona while they were also beaten 2-0 at Atletico Madrid.

Real Madrid go into Sunday’s match as favourites among the bookies with SBK offering 17/16 for a home win. A victory for Sevilla is priced at 14/5 by betfair while a draw is set at odds of 14/5 by Unibet.

Given Real Madrid’s recent good form and experience at this stage of the season, I am tempted to lean towards a home win.

Real Madrid have a 38-15 advantage with four draws from 57 previous matches against Sevilla. Los Blancos have won the last four meetings and claimed a 1-0 victory in the reverse fixture at the Estadio Ramon Sanchez Pizjuan.

Real Madrid have built their recent form on defensive solidity and are likely to be boosted by the return of captain Sergio Ramos. They have kept five clean sheets in their last six La Liga matches and will be hoping for a repeat at 48/25 with Sporting Index.

At the other end of the pitch, Karim Benzema is usually the man tasked with carrying the team’s attacking threat. The striker has 21 La Liga goals this season and is priced at 11/10 by Unibet to score anytime.

With Real Madrid keeping clean sheets in five of their last six La Liga matches, a win to nil could be considered at 5/2 with Sporting Index. A -1 handicap could also be worth a punt at 11/4 with Red Zone.

Real Madrid could also be backed to score first at 14/19 with MansionBet.

This La Liga match between Real Madrid and Sevilla will be played on May 9, 2021 and kick off at 20:00. Check below for our tipsters best Real Madrid vs Sevilla prediction. You may also visit our dedicated betting previews section for the most up to date previews.