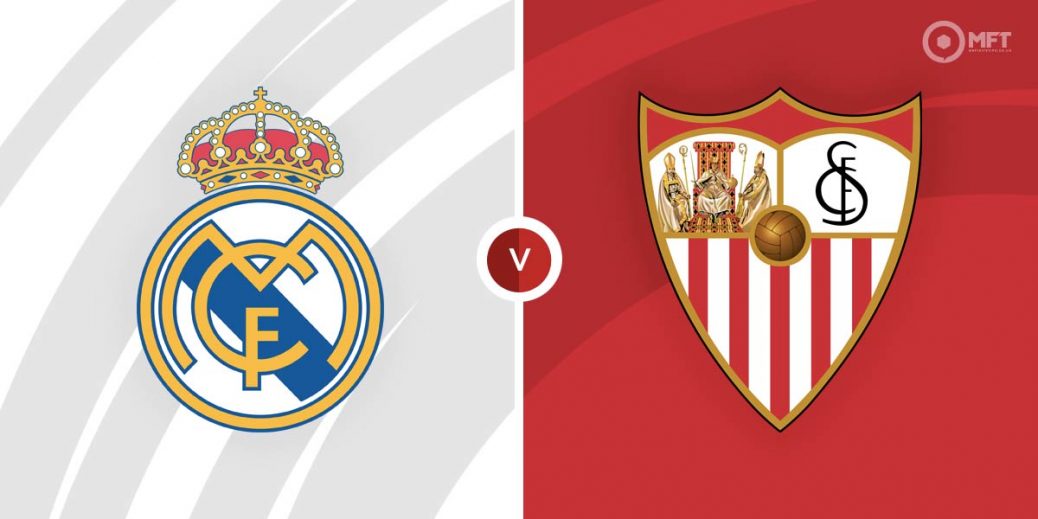 Real Madrid have risen to the top of the Spanish La Liga and will be keen to fend off the chasing pack when they host Sevilla on Sunday. The visitors are often dangerous opponents but playing at home and given their experience, Madrid are still expected to have the upper hand here.

Real Madrid appear to be hitting their stride at the moment and are unbeaten in their last eight matches across all competitions, claiming seven wins in that run. They sit top of La Liga and have already qualified for the knockout phase of the UEFA Champions League.

Carlo Ancelotti’s men have been in rampant mood in recent weeks and claimed a 4-1 win at Granada in their previous La Liga fixture. They followed up that result with a 3-0 victory over Sheriff Tiraspol in the Champions League on Wednesday.

Led by the impressive Karim Benzema and Vinicius Junior, Real Madrid have been excellent going forward throughout the season. However, they are often vulnerable at the back and have kept just one clean sheet in their last four La Liga matches.

Sevilla are also having a fine campaign and are currently above Barcelona and Champions Atletico Madrid. They are third on the table, two points off the pace and a win on Sunday could see them go top of the table.

Despite their impressive showing this season, Sevilla still suffer the odd bout of inconsistency as seen in their 2-2 home draw against Alaves last time out in La Liga. They bounced back with a 2-0 Champions League win over Wolfsburg.

Performances like the one against Alaves are becoming more frequent for Sevilla, particularly on their travels. They have claimed just two wins in their last eight away matches across all competitions with a 1-0 defeat to struggling Granada among their results in that run.

The bookies have Real Madrid as overwhelming favourites at 14/19 with SBK while a victory for Sevilla is valued at 4/1 by Skybet. A draw is set at odds of 3/1 with Unibet.

Real Madrid often come out on top in this fixture and are unbeaten in their last five matches against Sevilla. However, both teams battled to a 2-2 draw in last season’s meeting at the Santiago Bernabeu.

Vinicius Junior and Karim Benzema continue to impress for Real Madrid with both men accounting for 18 La Liga goals this season. Paddy Power has Vinicius Junior at 9/4 to score anytime while Benzema is priced at 59/50 by Unibet in the same market.

Lucas Ocampos has been the standout player for Sevilla in recent weeks and has found the net four times in his last five matches across all competitions. Betway has the winger at 19/5 to score anytime on Sunday.

The last meeting between Real Madrid and Sevilla produced over 3.5 goals and a similar outcome is priced at 11/5 with Sporting Index. Over 2.5 goals is valued at 10/11 by bet365 while both teams could be backed to score at 6/7 with Vbet.

Real Madrid have scored in both halves in four of their last five matches across all competitions and could be set for a repeat at 17/10 with BoyleSports.

This La Liga match between Real Madrid and Sevilla will be played on Nov 28, 2021 and kick off at 20:00. Check below for our tipsters best Real Madrid vs Sevilla prediction. You may also visit our dedicated betting previews section for the most up to date previews.