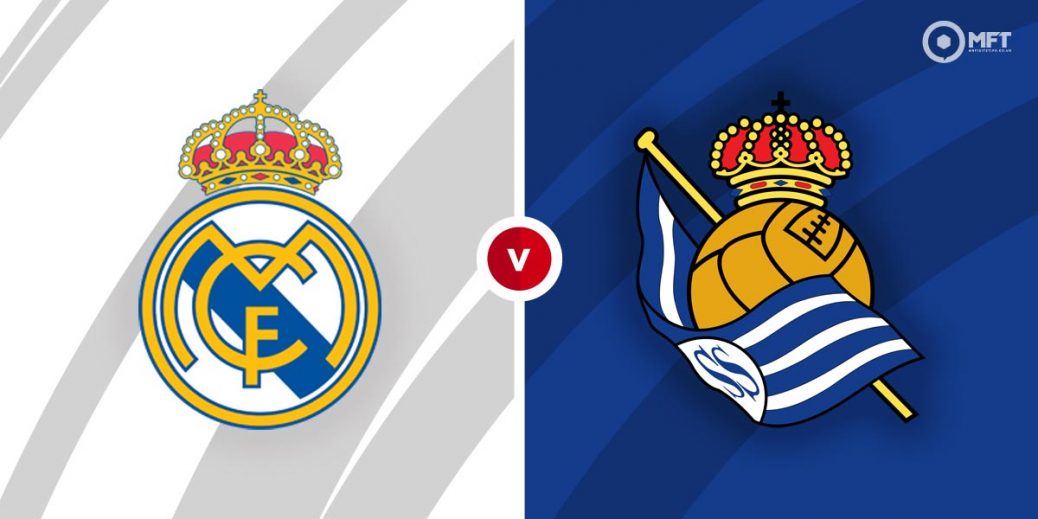 AN injury-ravaged Real Madrid welcome Real Sociedad to their Alfredo Di Stefano Stadium on Sunday and the Basque side will surely never get a better chance to return to San Sebastian with three points.

Both sides played in Europe this week with Madrid collecting a Champions League win albeit against an Atalanta side who had to play most of the game with ten men.

Sociedad were involved in a dead rubber game at Old Trafford with the damage already been done in the home leg with Manchester United romping to a 4-0 win in neutral Italy.

But the huge news for punters will be on the teamsheets with Madrid only having 11 fit players to chose from if you believe the signals coming out of the club.

Karim Benzema, Sergio Ramos, Eden Hazard, Marcelo, Dani Carvajal, Fede Valverde, Rodrygo Goes, Alvaro Odriozola and Eder Militao are all out. However, with a midfield trio of Toni Kroos, Casemiro and Luka Modric set to start, they are hardly playing their stiffs.

Despite their much-publicised injury problems, the hosts are still strong favourites with the bookies with TonyBet a stand-out price by going evens. Sociedad are 3/1 with McBookie.com and the draw is also 3/1 with bet365.

The sides drew 0-0 in Anoeta Stadium back in September in the first match of the La Liga season. Sociedad won 4-3 in the Copa del Rey last season and lost 3-1 both in Madrid.

Ferland Mendy was the hero for Madrid in midweek with a late winner and he's been something of an unlikely goal threat recently having netted twice in the last four games. He's a massive 18/1 with PaddyPower to score anytime.

Swedish striker Alexander Isak bagged a hat-trick in his last La Liga game and was subbed at Old Trafford at half time to rest him for this. He's scored nine goals in his last ten, scored in each of his last six league games and looks value at 5/2 with Unibet to score.

Despite their injury problems, Madrid are actually on a really strong run at the moment and they are doing a strong job of hunting down city rivals and La Liga leaders Atletico. They've won five in a row in all competitions and haven't conceded for their last four games.

Sociedad's early title challenge has fizzled out, but they have only lost once in their last ten games in all competitions and that was that thumping from Manchester United in Turin.

Historically, this is a fixture that usually produced lots of goals and the goalless stalemate at the start fo the season could be attributed to early season rust and 10/11 with bet365 for over 2.5 goals is a runner.

But given Madrid's injury problems and Sociedad's recent good form, the double chance of Sociedad and the draw at 10/11 with Unibet appeals.

This La Liga match between Real Madrid and Real Sociedad will be played on Mar 1, 2021 and kick off at 20:00. Check below for our tipsters best Real Madrid vs Real Sociedad prediction. You may also visit our dedicated betting previews section for the most up to date previews.