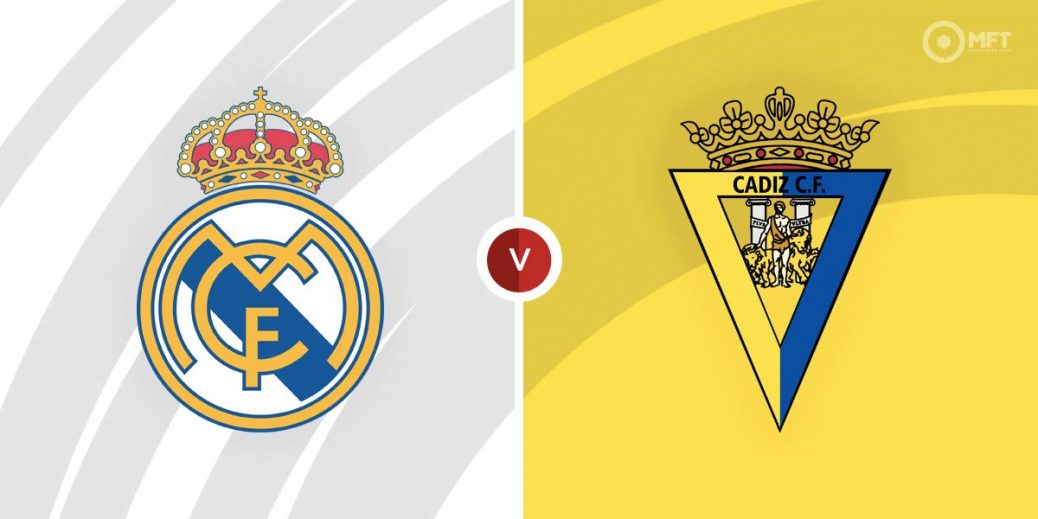 Real Madrid go in search of their 11th consecutive win across all competitions as they welcome Cadiz to the Santiago Bernabeu on Sunday in La Liga. Los Blancos have steamrolled their opponents lately and should make light work of a poor Cadiz team.

Real Madrid are one of the most in-form teams across Europe at the moment and have looked unstoppable in recent weeks. They qualified top of their group in the UEFA Champions League and are eight points clear at the top of La Liga.

Carlo Ancelotti’s men earned a 2-0 victory over local rivals Atletico Madrid in their previous La Liga fixture with Karim Benzema and Marco Asensio getting the goals.

Real Madrid's recent form has seen them win their last 10 matches across all competitions. They have also looked solid at the back in recent weeks and have kept clean sheets in their last four matches in that run.

While Real are rolling over teams and setting the pace in La Liga, Cadiz have been on a different trajectory. They have spent much of the season in the relegation zone and are currently two points from safety.

Cadiz may still be within touching distance of safety, but their recent form has not inspired much optimism. They have claimed just one win from their last 10 matches and were held to a 1-1 home draw by Granada in their previous La Liga fixture.

Alvaro Cervera’s men also have a poor record on their travels and have lost their last two away matches in La Liga. They were beaten 4-0 by Getafe before suffering a 3-1 defeat to Elche in their previous fixture on the road.

The bookies have Real Madrid as overwhelming favourites to claim the win at 1/5 with SBK. An unlikely victory for Cadiz is priced at 18/1 by Coral while a draw is set at odds of 7/1 by Skybet.

Real Madrid have a 3-2 advantage from five previous matches against Cadiz. They claimed a 3-0 victory in the last meeting between both teams back in April with Karim Benzema netting a brace.

Karim Benzema has been the primary source of goals for Real Madrid this season and would ordinarily be a good bet in the goalscorer market at 8/13 with Paddy Power. However, Marco Asensio appears to have found his scoring touch in recent weeks with goals in his last two matches and could be considered in the same market at 42/25 with Sporting Index.

Real Madrid’s defence has also shown their quality with Eder Militao and David Alava forming a solid partnership at centre-back. Both men can guide the team to a fifth straight clean sheet at 4/5 with Paddy Power.

Real Madrid have won to nil in their last four matches and could be set for a repeat at 10/11 with betfair. Having run out 3-0 winners in the last meeting with Cadiz, Los Blancos could also be considered in the -2-handicap market at 7/5 with Paddy Power.

Real Madrid have won both halves in their last two matches and Sunday’s clash could be tipped to follow a similar pattern at 13/10 with 10bet.

This La Liga match between Real Madrid and Cadiz will be played on Dec 19, 2021 and kick off at 20:00. Check below for our tipsters best Real Madrid vs Cadiz prediction. You may also visit our dedicated betting previews section for the most up to date previews.