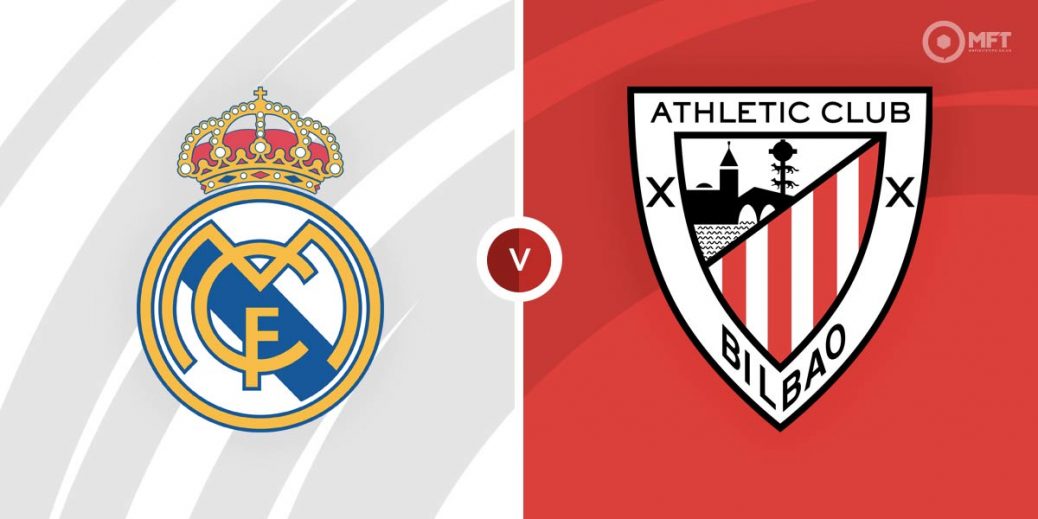 Real Madrid will be looking to strengthen their grip at the top of the Spanish La Liga as they host Athletic Bilbao in a midweek fixture. Bilbao have looked off colour in recent weeks and should struggle against a confident Madrid team.

Real Madrid have hit their stride in recent weeks, claiming eight wins and a draw from their last nine matches across all competitions. They are through to the knockout phase of the UEFA Champions League and hold a four point lead at the top of La Liga.

Carlo Ancelotti’s men appear to constantly find ways to win and came through a tricky tie against Sevilla last time out. They fought back from a goal down with efforts from Karim Benzema and Vinicius Junior earning them the win.

Real Madrid are still unbeaten at home this season and have won their last three matches at the Santiago Bernabeu across all competitions. However, they remain unconvincing at the back and have conceded in all three matches.

Athletic Bilbao travel to Madrid off the back of a 2-2 home draw against Granada in their previous La Liga fixture. They fell behind after taking an early lead through Raul Garcia and needed an own goal from Luis Maximiano to salvage a point.

Marcelino’s men appear to be going through a rough patch as the draw against Granada means they are now winless in their last five La Liga matches. They have dropped to eighth on the table and could slip into the bottom half I f results do not go their way.

Athletic Bilbao have also found things difficult on their travels this season and are winless in their last five away matches. They were held to a 0-0 draw in their previous fixture on the road.

Real Madrid have been installed as overwhelming favourites among the bookies and are priced at 1/2 by SBK to claim the win. An unlikely victory for Athletic Bilbao is valued at 71/10 by Vbet while a draw is set at odds of 15/4 with betway.

Real Madrid have a 37-12 advantage with 10 draws from 59 previous matches against Athletic Bilbao. Madrid claimed a 1-0 victory in the last meeting between both teams back in May.

Vinicius Junior has been excellent for Real Madrid this season with nine goals in 14 La Liga appearances so far. The Brazilian forward has also found the net four times in his last four league matches and could be tipped to score on Wednesday at 15/8 with Paddy Power.

Raul Garcia often carries a goal threat from midfield and could be worth keeping an eye on for Athletic Bilbao. He was on target last time out against Granada and is priced at 4/1 by betfair to score on Wednesday.

Real Madrid have seen BTTS in their last three home matches and that run could be backed to continue at 19/20 with 10bet. All three matches have produced over 2.5 goals and a similar outcome is priced at 14/19 with novibet.

Real Madrid could also be tipped to earn a win and over 2.5 goals at 23/20 with BetVictor.

This La Liga match between Real Madrid and Athletic Bilbao will be played on Dec 1, 2021 and kick off at 20:00. Check below for our tipsters best Real Madrid vs Athletic Bilbao prediction. You may also visit our dedicated betting previews section for the most up to date previews.