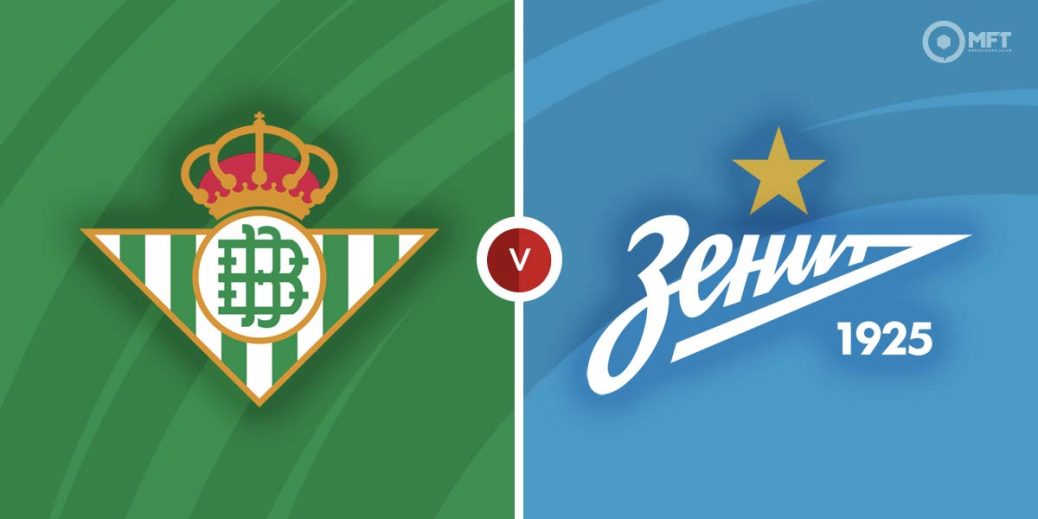 Real Betis will be looking to do the double over Zenit St Petersburg in the second leg of their Europa League knockout round playoff. The Spaniards have the advantage from the first leg and should complete the job on Thursday.

It was a fine performance from Real Betis in the first leg as they came away from Russia with a 3-2 victory. All five goals were scored in the first half with efforts from Guido Rodriguez, Willian Jose and Andres Guardado earning the Spaniards the win.

Real Betis have looked imperious in recent weeks and head into Thursday’s clash with just one defeat from their last 11 matches across all competitions. Manuel Pellegrini’s men have claimed nine wins in that run, including a 2-1 victory over Mallorca in La Liga last Sunday.

Home form has been central to Real Betis’s impressive showings in recent weeks and have won three of their last four matches at the Estadio Benito Villamarin. However, defending remains a problem as they have failed to keep a clean sheet in their last five matches across all competitions.

Zenit St Petersburg will be disappointed with the home defeat in the first leg. Having fought back from two goals down to level matters through Artem Dzyuba and Malcom, they failed to complete the turnaround and eventually concede the winner.

While Zenit are the dominant team in the Russian Premier League, last week’s defeat highlights a failure to transmit their domestic form into European competitions. Sergey Semak’s men have claimed just one win in Europe this season having dropped down from the Champions League.

Zenit St Petersburg have also struggled on their travels in Europe and are winless in three away matches this season. Their away record in the Europa League is even worse as they are without a win in the last nine matches in the competition, a run stretching back to 2018.

Real Betis have the upper hand among the bookies and are priced at 21/20 by Quinnbet to claim the win. A victory for Zenit St Petersburg is valued at 27/10 by BetVictor while a draw is set at odds of 14/5 by SBK.

Last week’s clash was the first ever meeting between Real Betis and Zenit St Petersburg.

Willian Jose has been the man in form for Real Betis in recent weeks, scoring four goals in his last six matches. The striker was also on target in the reverse fixture and is priced at 6/4 by bet365 to find the net on Thursday.

Artem Dzyuba showed his quality with a well taken goal in the first leg and will be the one to watch on Thursday. The striker remains the leading scorer for the Russians and is valued at 13/8 by bet365 to get on the score sheet.

All the goals in the first leg were scored before the break so the first half could be tipped as the highest scoring half at 12/5 with Coral.