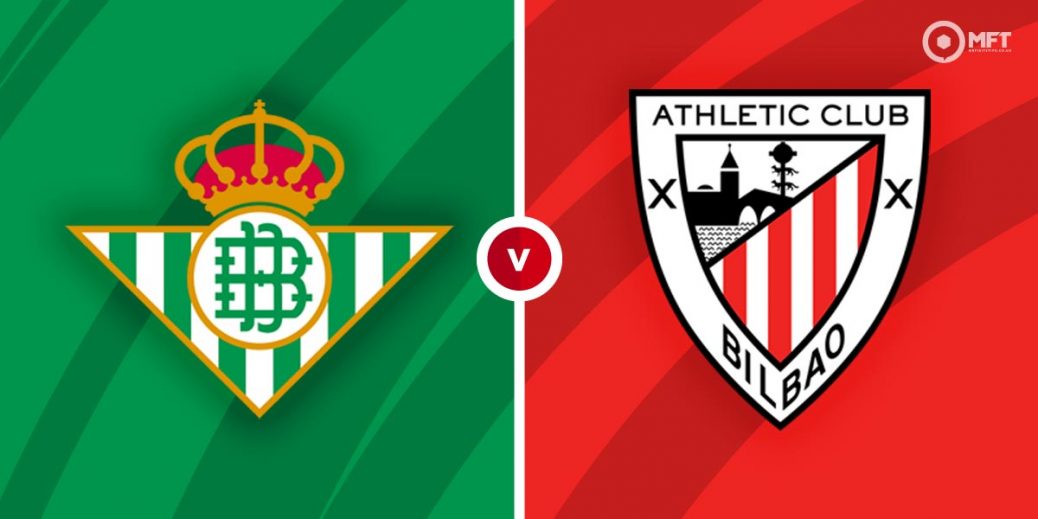 Real Betis will hope to breathe new life into their quest for European football when they host Athletic Bilbao in a midweek Spanish La Liga fixture at the Estadio Benito Villamarin. Both teams have found things difficult in recent weeks and are likely to cancel each other out.

Real Betis head into Wednesday’s match off the back of a 2-2 draw in their previous La Liga fixture. They took the lead twice through Nabil Fekir and Sergio Canales but were pegged back both times.

Manuel Pellegrini’s men have claimed just one win in their previous five La Liga outings, although the last three have ended in draws. That run has seen them drop to sixth on the table, just one point above Real Sociedad, who are also eyeing a Europa League finish.

Their recent slump could be attributed to a leaky defence as they seem unable to hold on to leads. They have kept just one clean sheet in their six La Liga fixtures.

Athletic Bilbao are coming off a 4-0 defeat against Barcelona in the Copa Del Rey Final. They were second best to the Catalans throughout the contest and could only manage a single attempt on target.

It was the second finals defeat for Bilbao who were also beaten by Real Sociedad in the 2020 edition earlier this month. They must now turn their attention to the La Liga and their quest to finish in the top half of the table.

Things have not been particularly smooth for Marcelino’s men in La Liga as they have drawn their last four matches. Like Betis, they also struggle to keep things tight at the back and have kept just one clean sheet in their last four away matches.

Real Betis have been installed as slight favourites by the bookies and are priced at 14/9 by SBK to win. A victory for Athletic Bilbao is valued at 21/10 by betway while SBK is offering 40/17 for a draw.

Both teams have been on a similar run of form lately and should cancel each other out for a draw.

Athletic Bilbao have the edge in this fixture with 20 wins from 51 previous matches. Real Betis have been victorious 15 times while both teams have battled to 16 draws.

The last meeting between both teams was a 1-1 draw in normal time in the quarter finals of the Copa del Rey with Bilbao going on to win on penalties.

Real Betis have multiple goal threats but striker Borja Iglesias often leads the line and is priced at 15/8 by Vbet to score anytime. Sergio Canales has also scored eight goals from midfield this season and could be worth a punt in the same market at 15/4 with bet365.

Athletic Bilbao have similar attacking threats to Real Betis but Alex Berenguer remains the top scorer with seven goals. He is priced at 15/4 by Vbet to score anytime while midfielder Raul Garcia also has an eye for goal and is valued at 15/8 by bet365 in the same market.

Real Betis saw over 3.5 goals in their previous La Liga fixture and Wednesday’s match could be backed to produce a similar outcome at 16/5 with BetVictor. The same firm has over 2.5 goals at odds of 5/4 while Red Zone is offering evens on both teams to score.

It might be worth a punt backing goals in both halves at evens with William Hill. While both teams' penchant for scoring late goals means the second half could be the highest scoring half at 5/4 with Sport Nation.

This La Liga match between Real Betis and Athletic Bilbao will be played on Apr 21, 2021 and kick off at 19:00. Check below for our tipsters best Real Betis vs Athletic Bilbao prediction. You may also visit our dedicated betting previews section for the most up to date previews.