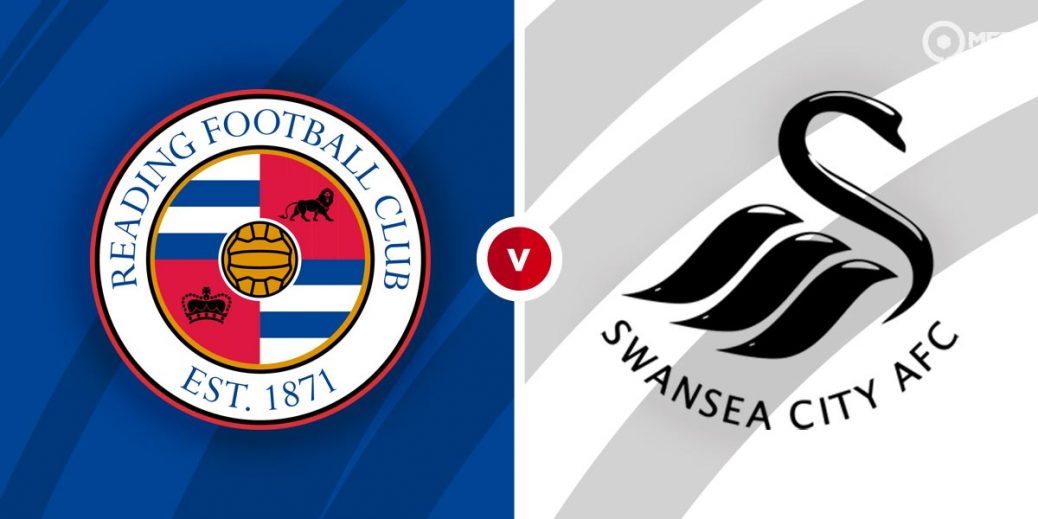 Two teams looking to secure a playoff berth square off as Reading host Swansea City in an English Championship clash at the Madejski Stadium. Both sides have been on a similar run of form lately and are likely to cancel each other out for a draw.

Reading were held to a 0-0 draw by Luton Town in their previous Championship fixture. The better chances fell Luton’s way but Ovie Ejaria had a late effort deflected wide while John Smith’s late free-kick was saved by the goalkeeper.

The result was a dent to Reading’s playoff hopes as they now sit six points adrift of Barnsley in the final playoff place. They have claimed just one win in their last six matches, playing out four draws in that run.

At home is where Veljko Paunovic’s men do their best work as they are unbeaten in their last five matches at the Madejski Stadium. They have however conceded in their last three home matches.

Swansea City travel to the Madejski Stadium off the back of a 1-0 defeat to QPR last time out in the Championship. They struggled in attack without injured captain Andre Ayew with Wayne Routledge striking the post with their best opportunity.

The result all but ended Swansea’s slim hopes of securing automatic promotion as they now sit fourth on the table nine points behind second place Watford with three matches to go. They still remain in contention for a playoff place and will be keen to recapture the form that saw them go unbeaten the previous three matches.

Steve Cooper’s men have a fine record on their travels in recent weeks having gone unbeaten in five of their last seven away matches. However, like Reading, they have struggled to keep things tight at the back and have conceded in six of their last eight Championship matches.

Reading are favourites among the bookies and are priced at 13/10 by Unibet to win on Sunday. Vbet is offering 41/17 for a win for Swansea while a draw is set at odds of 23/10 by betway.

Swansea have 10 wins while Reading have been victorious seven times from 26 previous matches. There have been nine draws between both teams, including a 0-0 draw in the reverse fixture back in December.

Lucas Joao remains the leading scorer for Reading with 19 goals and the striker is priced at 6/4 to score anytime. Forward Yakou Meite has 10 goals this season and could also be worth keeping an eye on in the same market at 5/2 with Paddy Power.

In the absence of injured captain Andre Ayew, Jamal Lowe will be the man tasked with carrying Swansea’s attacking threat. Paddy Power has the striker at 4/1 to score anytime while the first goal is priced at 8/1 by the same firm.

With the attacking quality expected to be on display on Sunday, both teams are likely to score at 9/10 with BetVictor. It might be worth a punt backing over 2.5 goals ay 13/10 with bet365 while over 3.5 goals is valued at 17/5 with BetVictor.

Both teams often score after the break so the second half could be backed as the highest scoring half at 7/5 with Sport Nation.

This English Championship match between Reading and Swansea City will be played on Apr 25, 2021 and kick off at 12:00. Check below for our tipsters best Reading vs Swansea City prediction. You may also visit our dedicated betting previews section for the most up to date previews.