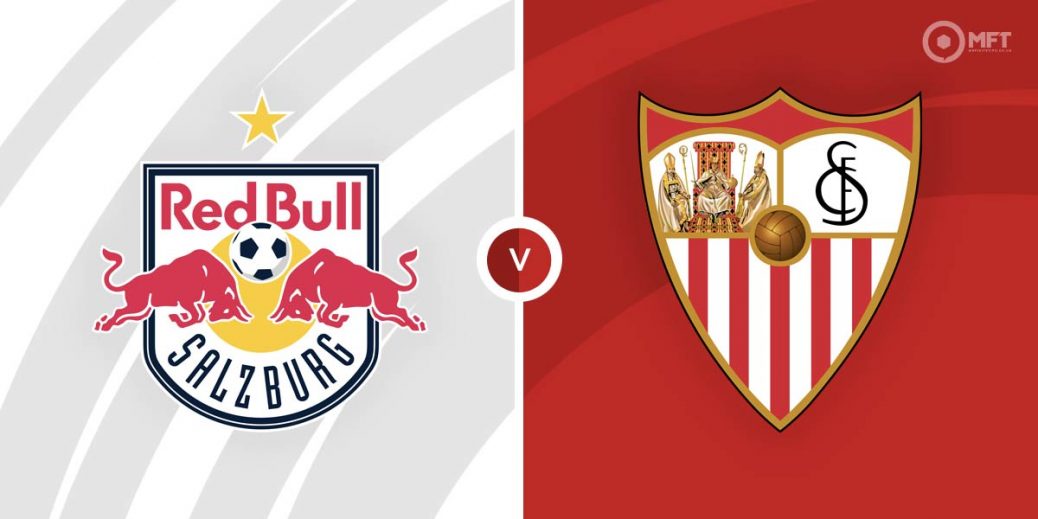 RB Salzburg host Sevilla in their final Group G fixture in the UEFA Champions League with both teams still in with a chance of progressing to the next round. Separated by just one point, both teams look evenly matched at the moment but Salzburg good home form should give them the edge.

Group G is one of the most open groups in this year’s Champions League with all four teams still with a chance of qualifying going into the final fixtures. RB Salzburg are second on the table and a win on Tuesday will guarantee a spot in the round of 16.

Salzburg are still setting the pace in the Austrian Bundesliga but have looked slightly off colour in recent weeks. They are winless in three of their last four matches across all competitions and were beaten 1-0 at Lille in their previous Champions League fixture.

In the midst of all their recent problems, Salzburg have remained solid at the Red Bull Arena, where they are unbeaten this season. Matthias Jaissle’s men have a 100% record on their own turf in the Champions League and warmed up for Tuesday’s clash with a 2-1 victory over Hartberg last Saturday.

It has not been the smoothest Champions League campaign for Sevilla, who have claimed just one win in the competition this season. That win was a 2-0 victory over Wolfsburg in their previous fixture which put them back in the mix for qualification.

Sevilla are third in Group G with six points and travel to Salzburg knowing a win will guarantee a place in the last 16. However, their recent form has been patchy with just three regulation time wins in their last seven matches across all competitions.

Julen Lopetegui’s men often struggle on their travels and are winless away from home in the Champions League. They have also claimed just three wins in their last 10 away matches across all competitions.

Despite their recent struggles on the road, Sevilla have the slight edge among the bookies at 29/20 with William Hill. A victory for Salzburg is valued at 28/13 by SBK while a draw is set at odds of 5/2 by BetVictor.

Sevilla have never lost to Salzburg in three previous meetings with two wins and the 0-0 draw in the reverse fixture back in September.

Karim Adeyemi appears to have slightly gone off the boil in recent weeks but remains the top scorer for Salzburg this season. The striker has four goals in his last five home matches across all competitions and is priced at 21/10 by Quinnbet to score on Wednesday.

Lucas Ocampos has been the man in form for Sevilla in recent weeks and has scored six goals in his last eight appearances across all competitions. Betway has the winger at 3/1 to score anytime at Salzburg.

RB Salzburg and Sevilla were both on target in the reverse fixture and could be set to once again produce BTTS at 7/10 with bet365. Salzburg have produced over 2.5 goals in six of their last seven home matches and a similar outcome is priced at 9/10 with SBK.

Salzburg have scored first in their last two home matches in the Champions League and also opened the scoring in the reverse fixture against Sevilla. They could be set for a repeat on Wednesday at 5/4 with MansionBet.

This UEFA Champions League match between RB Salzburg and Sevilla will be played on Dec 8, 2021 and kick off at 20:00. Check below for our tipsters best RB Salzburg vs Sevilla prediction. You may also visit our dedicated betting previews section for the most up to date previews.