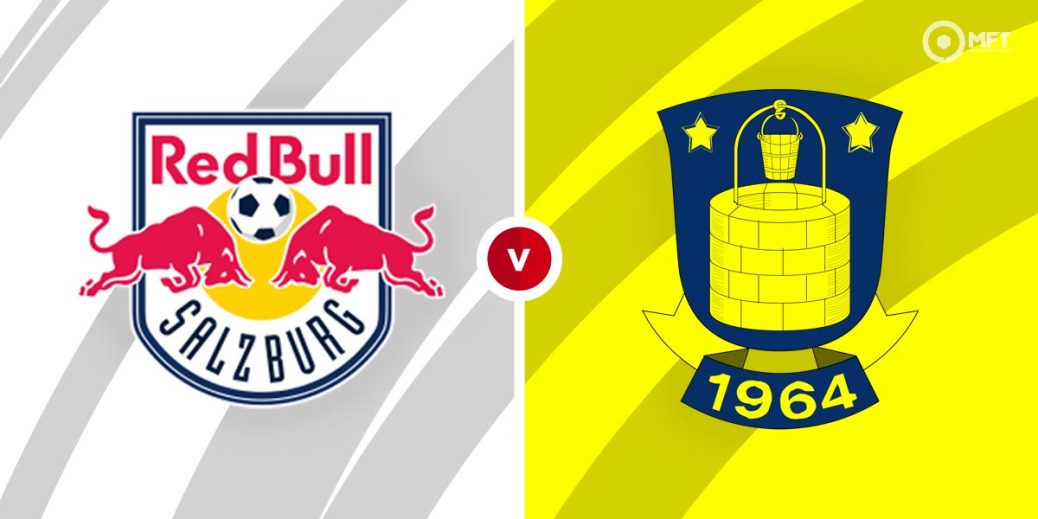 Red Bull Salzburg welcome Brondby to the Red Bull Arena for the first leg of their UEFA Champions League playoff. Known for scoring plenty of goals, Salzburg are already setting the pace in the Austrian League and should be too strong for Brondby.

RB Salzburg are set to make their first appearance in this year’s Champions League having drawn a bye in the previous rounds. They have reached the group phase of the competition in the last two seasons and will be targeting another appearance this term.

The Austrians will head into Tuesday’s clash with plenty of confidence and are already setting the early pace in their domestic league. Under new manager Matthias Jaissle, Salzburg have lost none of their spark, winning all four of their matches in the league and sitting five points clear at the top of the table.

RB Salzburg are known for their attacking style of play and can count a 7-1 victory over Reid among their wins this season. They have also looked solid at the back lately, keeping clean sheets in their last two matches.

Brondby are making a return to the Champions League for the first time since 2005. They drew a bye from the previous rounds, so Tuesday’s clash will be their first appearance in this year’s competition.

The Danes have not shown the form that saw them win the Superliga last season and are winless in their last seven matches across all competitions. Brondby have also lost their last two matches, including a 1-0 defeat to Nordsjaelland in the Danish Superliga on Saturday.

Niels Frederiksen's men have also struggled at the back this season, conceding seven goals in their last three matches.

The bookies have RB Salzburg as overwhelming favourites with a home win priced at 6/25 with novibet. SBK is offering 20/1 for an unlikely Brondby win while a draw is set at odds of 13/2 by betfair.

RB Salzburg have been in good form at the start of the season and with Brondby struggling at the moment, I am backing a comfortable home win here.

This will be the first ever meeting between RB Salzburg and Brondby.

RB Salzburg have plenty of attacking quality with strikers Karim Adeyemi and Benjamin Sesko among the goals this season. The Austrians have scored in their last 15 matches and should be backed to continue that run at 1/33 with Vbet.

Salzburg have also looked tighter at the back with clean sheets in their last two matches. Oumar Solet and Maximillian Wober often feature in central defence and will be confident of guiding the team to another clean sheet at 8/11 with bet365.

RB Salzburg are expected to claim a comfortable win and could be backed in the -2 handicap market at 31/20 with novibet. The Austrians have won to nil in their last two matches, and could also be tipped to earn a similar result at 10/11 with bet365.

This UEFA Champions League match between RB Salzburg and Brondby will be played on Aug 17, 2021 and kick off at 20:00. Check below for our tipsters best RB Salzburg vs Brondby prediction. You may also visit our dedicated betting previews section for the most up to date previews.