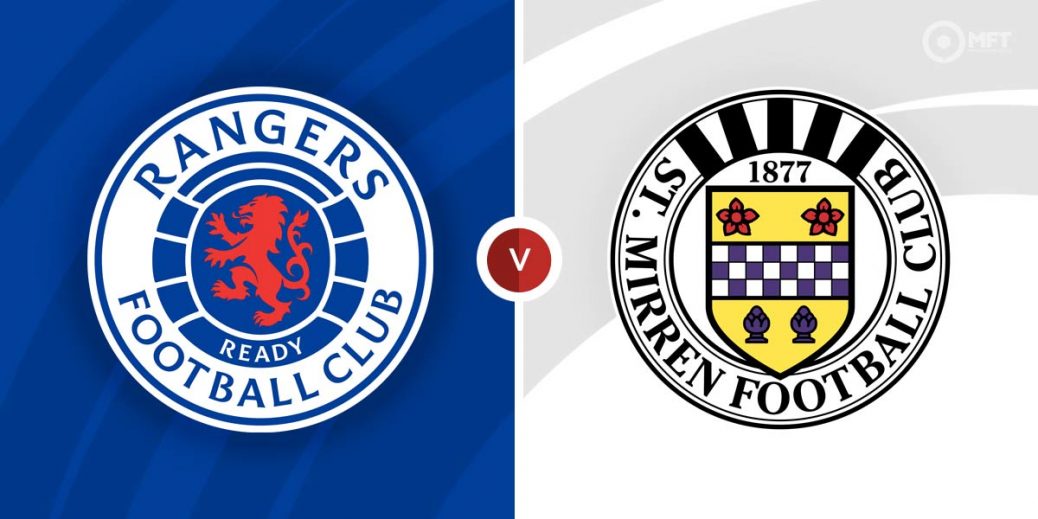 RANGERS meet a St Mirren team who could be severely depleted again on Boxing Day as they aim to continue their winning ways.

Saints were in midweek action against Celtic and despite their squad being ravaged and their starting XI having kids in it, incredibly managed to tough it out for a superb point,

But Rangers were also up against a side with major personnel issues last week, Dundee United and made heavy, heavy weather of eventually beating them 1-0 and it took a penalty to win them the game.

However, Giovanni van Bronckhorst has made a near-faultless start. Since watching on with horror at their Premier Sports Cup semi-final collapse against Hibs, he's been in charge of eight games and he's won seven of them with the other being a draw in Lyon in a dead rubber Europa League tie.

This week he revealed he's playing with far more width than Steven Gerrard ever did and it seems to have paid off as they build a real head of steam before next week's Old Firm showdown.

Rangers are currently around the 2/13 mark with SBK which is the stand-out price, but expect even those prohibitive prices to retract if it's confirmed how many players Saints will have missing nearer Sunday.

Rangers' 2-1 comeback win in Paisley this season was noticeable for Alfredo Morelos' 100th goal for the club as can be seen below.

St Mirren haven't scored at Ibrox on their last seven visits, have lost their last nine games in Govan and haven't won there since 1992.

Joe Aribo was forced to come on last week after being rested initially. He's been Rangers player of the season so far and is attracting strong Premier League interest. He also loves to chip in with a goal and is 11/5 with Paddy Power to add to his three goals in his last six starts.

St Mirren struggle to score goals and central defender Joe Shaughnessy could be an outside bet. He's already netted four goals from set pieces this season and has as big a chance as almost any Saints player to score. He's a massive 28/1 to score anytime with bet365.

The go-to bet with Rangers used to be both teams to score and them to win, but now it's Rangers to win to nil and at 8/11 with Betfred, that looks as solid a bet as you'll see this season.

In the player to be carded markets, look no further than St Mirren's Alan Power to be cautioned. The Irish midfielder is likely to be severely overrun in the engine room and gets booked all the time at the best of times. He's been sent off and been shown five yellow cards already and 6/4 with bet365 looks a fair price.

St Mirren could well be exhausted after those midweek efforts and Rangers might now show the same mercy as Celtic. Try Rangers -2 on the handicap markets with Paddy Power at 5/4.

This Scottish Premiership match between Rangers and St Mirren will be played on Dec 26, 2021 and kick off at 15:00. Check below for our tipsters best Rangers vs St Mirren prediction. You may also visit our dedicated betting previews section for the most up to date previews.