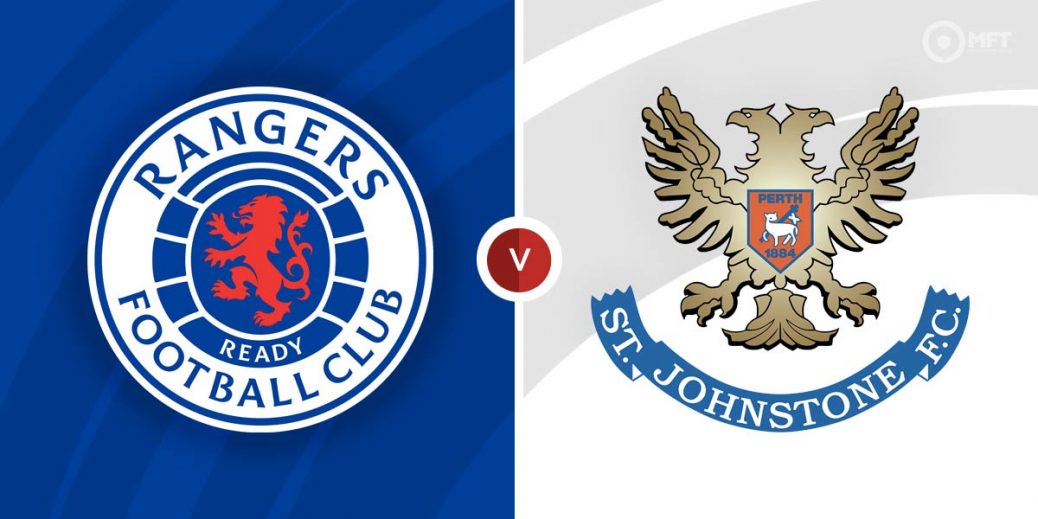 RANGERS welcome bottom of the league St Johnstone to Ibrox on Wednesday night as they aim to maintain their impressive recent title charge.

Giovanni van Bronckhorst has made an excellent start to his Ibrox tenure and that was only underlined by a tough 2-0 victory at Hearts, where 12 cards were flashed.

They have gone back to basics defensively and have shut the door on a leaky defence. They could have scored more too at Tynecastle in what was an impressive win.

In contrast, St Johnstone's 1-0 defeat at home to Aberdeen summed up their season. No goals, no luck and another thoroughly miserable afternoon for the Perth Saintees.

They are in deep trouble with injuries hampering their cause. You wonder if the cost of relegation will cover the paltry transfer sums they received for selling their two star players Ali McCann and Jason Kerr on transfer deadline day.

Ibrox was the scene was one of the great days for St Johnstone last season when keeper Zander Clark's effort in the last seconds of extra time, injury time, which was deflected in by Chris Kane, earned them a penalty shootout which they won on their way to winning the trophy.

But that double cup win seems a long way away and this is a game they could well do without.

Rangers are unsurprisingly massive favourites at 2/11 with SportNation about the best price going. Saints can be backed at 20/1 with Coral and the draw is 31/5 with SBK.

Rangers didn't enjoy all their games with the Saints last season. As well as that Scottish Cup quarter-final defeat as can be seen below, St Johnstone also claimed a point against them in Perth too.

Earlier this season, Rangers sneaked a hard-fought 2-1 win at McDiarmid Park after falling behind.

Rangers have goals from all over the pitch this season and Ryan Kent appears to be getting back to form after a long spell out with injury. Surprisingly, he's only scored once this season, but will get plenty of space on Wednesday and could be an option at 12/5 with Paddy Power.

Goalscoring has been a real problem for Saints – their joint top scorers are the injured Stevie May and Chris Kane…with two goals each. Kane was unlucky not to score against the Dons at the weekend and is 13/2 to score anytime with the same firm.

Rangers are prohibitively short and the usual other angles apply with them and Celtic. The obvious conclusion, given St Johnstone are by far the lowest scorers in the league with nine goals in 16 games, is Rangers to win to nil at 4/5 with BetFred looks a solid shout.

Saints rarely get battered even this season and with Rangers putting so much effort into Sunday's game the margin of victory might not be the bloodbath their respective league positions suggest. Try Rangers to win and under 2.5 goals at 21/10 with McBookie.com.

This Scottish Premiership match between Rangers and St Johnstone will be played on Dec 15, 2021 and kick off at 19:45. Check below for our tipsters best Rangers vs St Johnstone prediction. You may also visit our dedicated betting previews section for the most up to date previews.