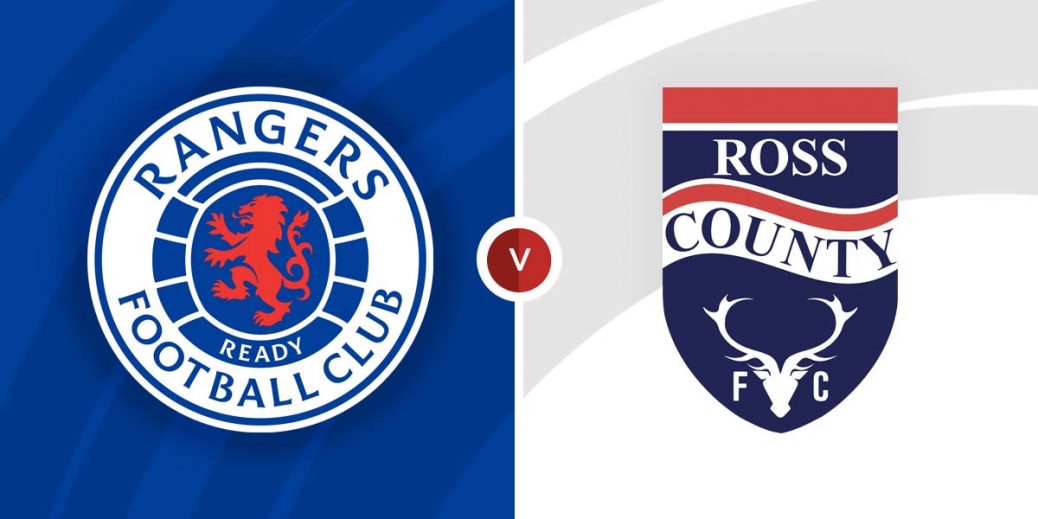 RANGERS will receive a rousing Ibrox send-off when they face Ross County in their final home game before their Europa League Final with Eintracht Frankfurt next week.

With the title gone, Rangers will be prioritising avoiding injuries and burn-out in their penultimate game before Seville. They also face Hearts at Tynecastle on Saturday.

Giovanni van Bronckhorst was not quite as ruthless as expected in their bloodless 2-0 win over Dundee United. He still started the likes of James Tavernier, Connor Goldson and Aaron Ramsey, although he was able to start young defender Leon King and blood kids Alex Lowry, Adam Devine and Charlie McCann from the bench.

It's likely to be more of the same against the Dingwall side although it barely affected Rangers against a particularly toothless United and they easily won.

Like United, County are battling for a European spot which would be the first time in their history they have reached that stage. However, their hopes suffered setback at the weekend where they suffered a surprise home defeat at the hands of Motherwell.

And Malky Mackay will be desperate to try and take advantage of a Rangers team with their minds elsewhere in Spain.

Rangers let slip a lead to concede an injury time leveller when the sides met in Dingwall earlier this season in an entertaining 3-3 draw as can be seen below.

And Rangers have also beaten County 4-2 twice this season.

County have never beaten Rangers in their history in 14 attempts.

Fashion Sakala could well get the nod again with Rangers toiling for genuine strikers. He is evens to score with Paddy Power.

Regan Charles-Cook looks set to be crowned top scorer in the Premiership this season. He's on 13 league goals with only two games left. He is 5/1 to score anytime with bet365.

County could be relied on to score in almost every match they have played, but they've entered a drought at just the wrong time of the season – they've failed to score in their last three matches and haven't netted more than one goal for eight games.

However, they will never get a better chance of taking something from Ibrox against a Rangers team desperate to avoid injuries. County will at least have a go – something that Dundee United abjectly failed to do at the weekend – and this is a fixture that loves goals.

There have been six goals in all three matches this season and with no pressure on either side, there's no reason why we shouldn't see more of the same.

A Rangers win and both teams to score is worth backing at 15/8 with Boylesports, as is the 29/20 on offer from Ladbrokes on over 3.5 goals and a home win.

County are evens just to score with McBookie.com and they can manage that.

This Scottish Premiership match between Rangers and Ross County will be played on May 11, 2022 and kick off at 19:45. Check below for our tipsters best Rangers vs Ross County prediction. You may also visit our dedicated betting previews section for the most up to date previews.