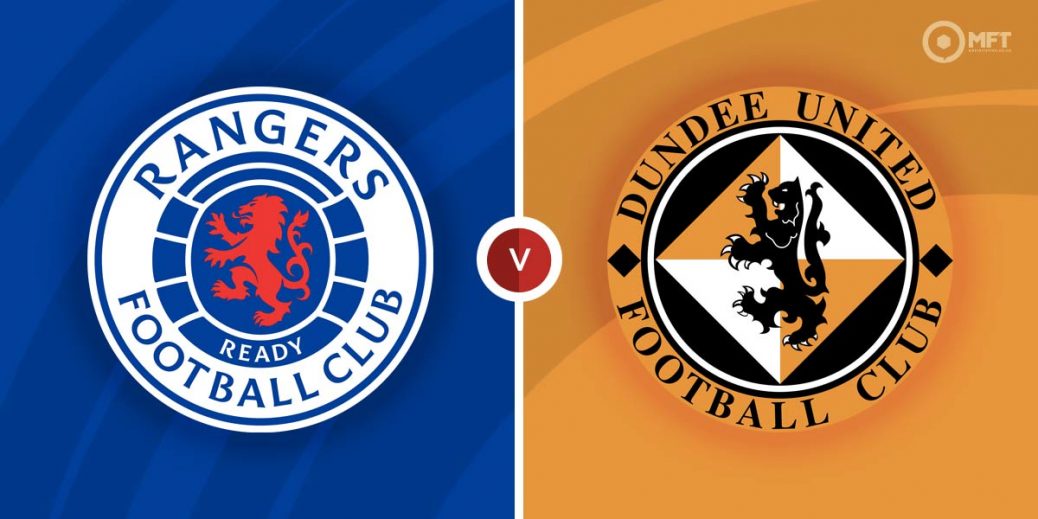 RANGERS entertain a downtrodden Dundee United side in the second of three home games for them at Ibrox.

Giovanni van Bronckhorst's side were in midweek action against St Johnstone and cruised to a bloodless 2-0 win which probably could and should have been more emphatic.

United made an excellent and, some would say surprising, start to the season after the shock appointment of Tam Courts.

They were up at the top of the league not so long ago, but reality has set in and their home defeat to Livingston last week at Tannadice saw them booed off.

They are slipping down the table after one win in their last eight games, although they are still in fourth place.

But with possible outbreaks at their camp, the teamsheets are going to be all-important.

Rangers are trading around the 1/5 mark for this with no firm particularly standing out. United can be backed at 16/1 with Paddy Power. The draw is 26/5 with SBK.

Rangers' only league defeat on the road this season came when Dundee United ended their long unbeaten record at Tannadice back at the start of the season as can be seen below.

United's last win at Ibrox came in a Scottish Cup semi-final in 2014.

Alfredo Morelos appears to be flourishing under Giovanni van Bronckhorst. He's on seven league goals for the season, after scoring in midweek which is arguably quite a low tally for him. He's 5/4 to score on Saturday with Ladbrokes.

United's former Rangers striker Nicky Clark looks set to lead the line for the Arabs. He's gone five games without a goal and is due one. He's 6/1 with Paddy Power to net at his old stomping ground.

Even if United do manage to send out their strongest starting XI, this looks to be a huge task for them against a Rangers side who are creating plenty of chances and have locked the door at the back.

Just like in midweek, it's hard to look past Rangers to win to nil again at 5/6 with bet365.

Rangers could well hammer someone soon and it wouldn't be the biggest shock if a fragile and understrength United side could face a long afternoon.

Paddy Power's 8/5 for Rangers -2 on the handicaps could well have a chance of being completed. And it could be even higher.

This Scottish Premiership match between Rangers and Dundee United will be played on Dec 18, 2021 and kick off at 15:00. Check below for our tipsters best Rangers vs Dundee United prediction. You may also visit our dedicated betting previews section for the most up to date previews.