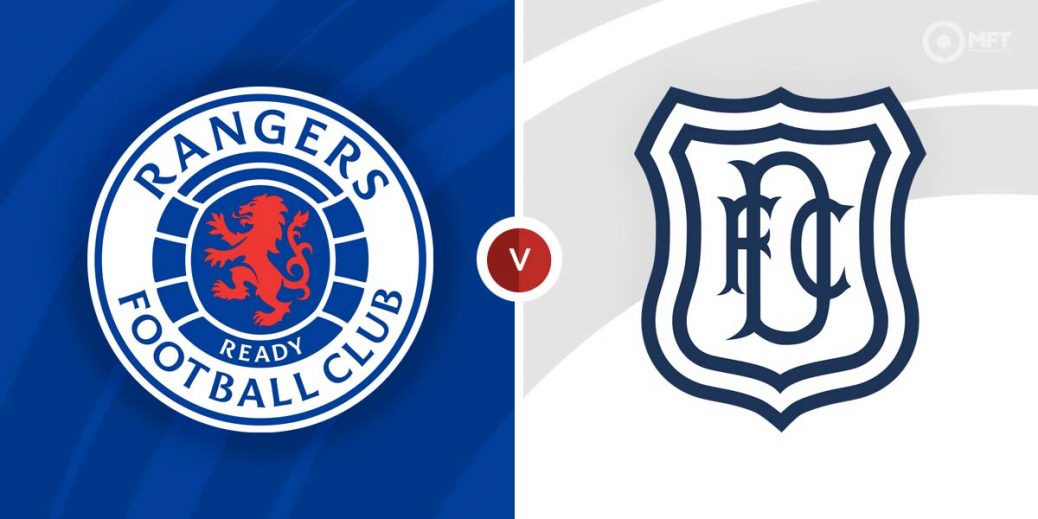 The Ibrox club were a long way from their best in Leith in midweek, but got over the line after a late, controversial penalty converted by the returning Kemar Roofe to beat a stuffy Hibs side, who arguably deserved a point.

Dundee, meanwhile, couldn't be going into this game on a bigger high after two excellent wins in the bounce against Motherwell and St Johnstone at Dens Park without conceding a goal. The midweek win over the Saints was particularly sweet for them as it halted a seven-game losing streak against the Perth side in some style.

James McPake's side were excellent and could and should have won by more, but of course it's an entirely different ask going to Glasgow to play Rangers.

Rangers managed to keep just their second clean sheet away from home in the league and that would arguably please van Bronckhorst almost as much as winning, with the leaking of goals a major concern this season.

No prizes for guessing there's not much in the way of value for backing a home win here – Rangers are a best-priced 1/5 with SBK, while the Tayside outfit are as big as 16/1 with Paddy Power, The draw is 11/2 with William Hill.

Rangers were arguably fortunate to come away from Dens Park with 1-0 win this season as can be seen below, with former Rangers striker Jason Cummings missing a penalty for the hosts.

Rangers have won the last three meetings at Ibrox by 4-0 every time and the one before that was 4-1. Dundee last won at Ibrox 20 years ago.

Rangers midfielder Glen Kamara is due a goal having only scored once all season. He gets into promising positions and he's a tempting 15/2 with William Hill to score anytime against his former club on Saturday.

All eyes will be on Leigh Griffiths if selected and he will know what to expect with regards to the reception he will receive…it won't be warm. There's nothing he'd love more than a goal at Ibrox, although his loan spell from Celtic has hardly been a huge success so far. He is 9/2 to silence the locals with a goal in Govan.

There's only one bet with Rangers this season that has proved to be an absolute goldmine and it's the Premiership winners to score and both teams to score.

Almost half of their 15 league games had finished with BTTS and a Rangers win at consistent odds of over 2/1. It's the same here against a Dundee side who can cause problems and have basically a free hit. It's 21/10 with bet365.

Dundee will get forward on plenty of occasions and with Paul McMullan and Luke McCowan causing problems on the flanks, they could win the corner handicap of +5 at 11/10 with the same firm.

This Scottish Premiership match between Rangers and Dundee will be played on Dec 4, 2021 and kick off at 15:00. Check below for our tipsters best Rangers vs Dundee prediction. You may also visit our dedicated betting previews section for the most up to date previews.