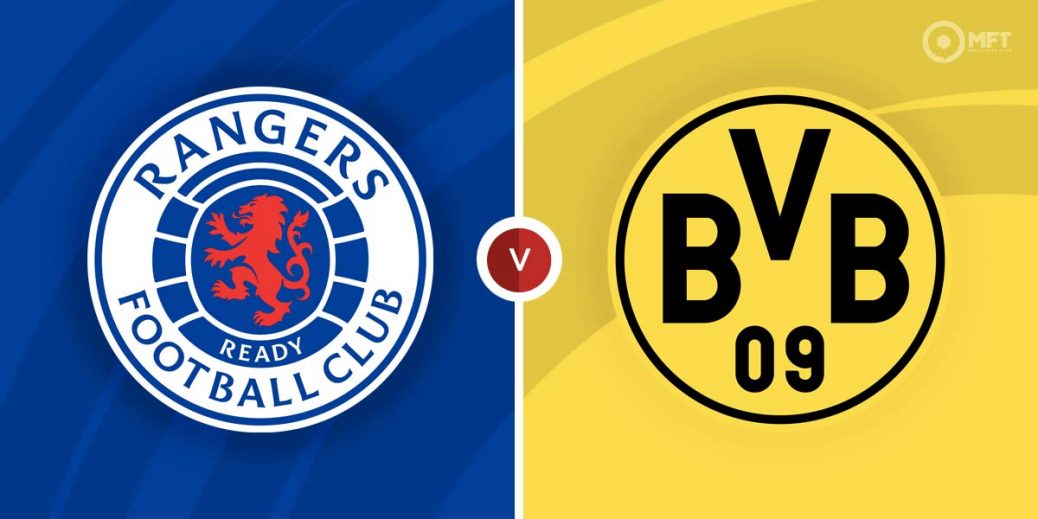 RANGERS stunned Borussia Dortmund last week with an incredible 4-2 win in the Westfalenstadion, but they will have to be wary of a ferocious fightback on Thursday in the second leg at Ibrox.

Giovanni van Bronckhorst's side were 3-0 and 4-1 up in Germany on an incredible night. And although they were pegged back, they still have a healthy advantage for the Europa League tie.

It's a pity for Rangers there is no away goal rule anymore because that would surely have meant tie over. As it stands, BVB have to win by two clear goals to force extra time.

Rangers were held to a draw by Dundee United at the weekend despite 29 shots at goal and Dortmund bounced back in considerable style with a brilliant 6-0 win against Borussia Monchengladbach.

Adding to the intrigue will be whether Norwegian goal machine Erling Haaland is deemed fit enough to play any part in Glasgow after returning to full training.

It's a full house at Ibrox, including 2,700 Germans and it should be a raucous atmosphere. The question is which side will it impact upon the most.

Rangers are 17/5 with William Hill to repeat that win and the draw is 17/5 with Unibet.

The hosts are strong 1/3 favourites with Coral and BVB are 28/11 to get gthrough to the play-off round with SBK.

Rangers have played Dortmund four times in Glasgow and have yet to lose to them.

Alfredo Morelos became the third top scorer in the history of this competition with his goal in Germany. He's 12/5 with Unibet to score anytime and punters may lap that up.

Haaland could be back for at least some of the match and he's almost guaranteed a goal of you believe the prices. The best price on him scoring anytime is 8/15 with Betfred.

There's no chance Dortmund will underestimate Rangers like last week, but they have surely given themselves too much to do.

The Bundesliga giants really struggle to defend at the best of times and they could leave themselves open here too as they chase goals.

There is every chance there could be goals here due to the nature of the first leg scoreline. Rangers are unlikely to sit back either in front of their ultra-demanding crowd.

The overs quotes are very short – for example 8/15 for over 2.5 goals, so take a chance on both teams to score in both halves at 8/1 with Unibet.

We cleaned up with our over 14.5 corners shout at Tannadice at the weekend at 11/2 – there were 17! There were ten in the first leg and with Dortmund chasing the game and leaving themselves exposed, the over 10.5 corners at evens with Boylesports should land.

This UEFA Europa League match between Rangers and Borussia Dortmund will be played on Feb 24, 2022 and kick off at 20:00. Check below for our tipsters best Rangers vs Borussia Dortmund prediction. You may also visit our dedicated betting previews section for the most up to date previews.