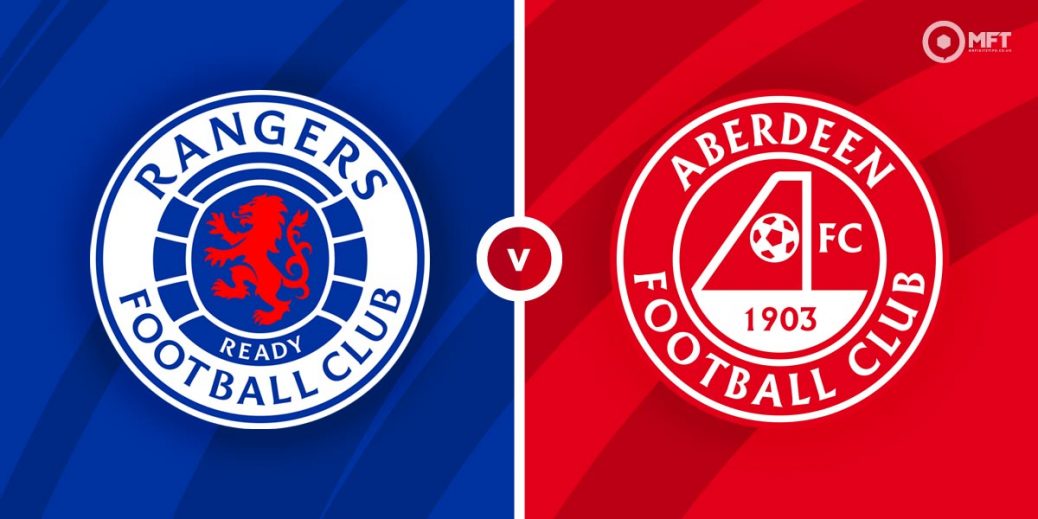 RANGERS will be presented with the Premiership trophy after they host Aberdeen on Saturday and will be desperate to complete an unbeaten league season too.

Steven Gerrard's side have just one more game to go unbeaten in what has been a remarkable campaign for the Ibrox men.

Only Stephen Glass' Dons stand in their way now and while their fans would love to be the ones to spoil the party, the cold facts of the matter suggest that's extremely unlikely.

Aberdeen lost their last chance to be the best of the rest after losing to Hibs in midweek and a lack of goals has been their downfall this season. In 21 games in the league and cup in 2021, they've only scored two goals in a match three times and twice that was against Livingston.

There has been signs of improvement under Glass, but this is a big ask against a Rangers side who will be going all out to reach the 100 points mark.

In contrast, Rangers continue to motor along nicely in the league and will want to end their season in style.

Rangers are pretty much unbackable as a single anyway at a best-priced 4/11 with Novibet. The Dons are 10/1 with Paddy Power and the draw is an exotically-priced 89/20 with Tonybet.

Rangers have won all three meetings between the sides this season including a 2-1 win at Pittodrie in January. They hammered Aberdeen 4-0 at Ibrox earlier this season too.

Penalty to Rangers has become a bit of a Scottish football catchphrase this season and James Tavernier despatched their latest one in the midweek win at Livingston. With Rangers sure to have plenty of the ball on Saturday in and around the Dons' box, it's far from impossible they could land another one. Tavernier is also a free kick specialist and is 23/10 to make his trophy-lifting day even more special with a goal with Paddy Power.

If Aberdeen are going to score, it could be worth keeping an eye on their most creative player, Ryan Hedges. The Welshman is a real goal threat too and is 4/1 with McBookie to net anytime.

It's impossible to overlook the obvious shout which is Rangers to win to nil, given Aberdeen's lack of goals and Rangers' impressive season. It's 10/11 with McBookie
Having said that, Aberdeen should be good enough to certainly avoid a hammering and a home win and under 3.5 goals at evens with Boylesports should come in.

Dons midfielder Lewis Ferguson can't help getting stuck in as his 13 yellow cards this season testify. He's 13/8 to get another one at Ibrox and probably will.

This Scottish Premiership match between Rangers and Aberdeen will be played on May 15, 2021 and kick off at 12:30. Check below for our tipsters best Rangers vs Aberdeen prediction. You may also visit our dedicated betting previews section for the most up to date previews.