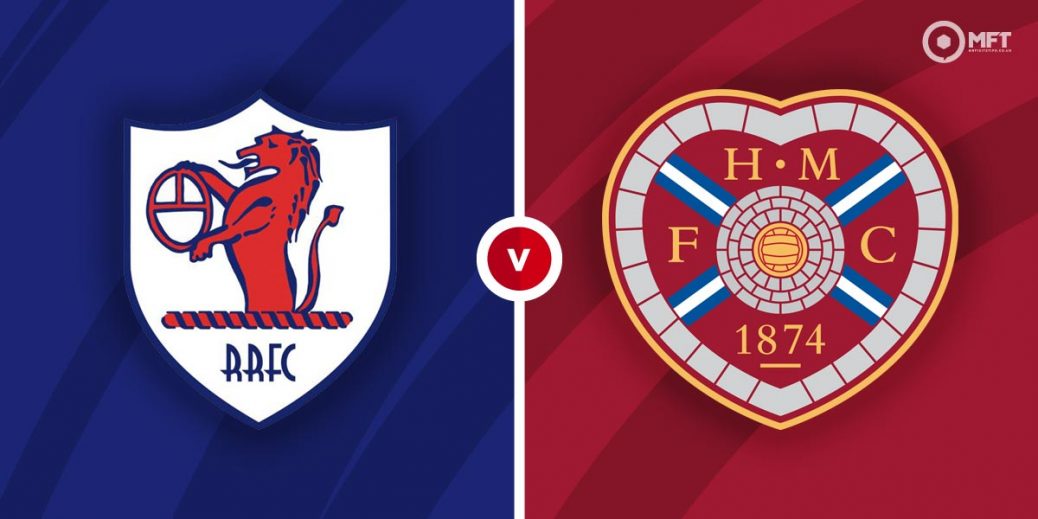 RAITH ROVERS need a win over Scottish Championship winners Hearts on Friday night in Kirkcaldy to secure the all-important second spot for the play-offs.
With Robbie Neilson's men long since having secured the title, it's now a case of how seriously they will take their trip to Fife for their final game of the season.
Rovers know anything less than a win against the champions could see Dundee pip them to the runners-up spot if they win at Queen of the South at the same time and that would mean two less games in the subsequent play-offs.
Hearts romped to a 3-0 win over Inverness in their last game when the pressure was off, while Rovers lost at Dens Park to Dundee which puts that runners-up spot in doubt.
Rovers have really overachieved all season and manager John McGinn this week insisted second place would feel like a title win because they were never going to compete with his old team.
Neilson has said he set his Hearts team a points target at the start of the season and they can reach that at Stark's Park, but how much of a motivation that is remains to be seen.

Hearts are odds-on everywhere despite the game meaning nothing for them. They are 10/11 with Betfred. Raith Rovers are 3/1 with Tonybet and the draw is 13/5 with McBookie.com.

The sides played twice in three days in January. It was typically Scottish that Rovers won 3-2 at Tynecastle and then got thumped 4-0 a few days later at home! Rovers haven't beaten Hearts in Kirkcaldy since 1994.

On his day and injury-free, Lewis Vaughan is one of the most talented players in the league. The Raith Rovers playmaker has suffered three serious cruciate knee injuries, but is back to his best and is 10/3 to score anytime with Paddy Power.

Gary Mackay-Steven scored a double against Caley Thistle at the weekend and was the best player on the park. It was his first Hearts goal and it wouldn't be a surprise if he could add to that. He's 21/10 with Paddy Power to net on the night.

Rovers look seriously overpriced for a game they have to win against a team who could be on their holidays. Yes, Hearts are clearly the better team, but you have to wonder how seriously they will be taking this one…especially as it could upset Dundee, who were blamed for Hearts' controversial relegation last year.
The 9/5 for Rovers to score two or more goals with Unibet looks to be value too for a team who have scored in their last nine matches.
Hearts and Raith are the two top corners earners in the country, so the 10/11 for over 10.5 on bet365 looks a solid shout.

This Scottish Championship match between Raith Rovers and Hearts will be played on Apr 30, 2021 and kick off at 19:45. Check below for our tipsters best Raith Rovers vs Hearts prediction. You may also visit our dedicated betting previews section for the most up to date previews.