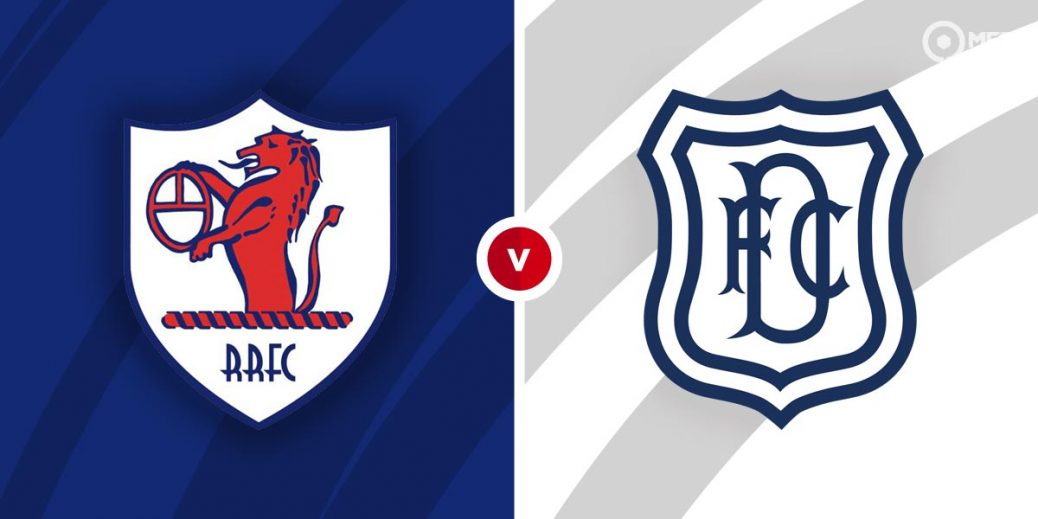 RAITH ROVERS have the momentum but Dundee have the fresher legs heading into what should be a fascinating play-off semi-final.

Both sides were desperate to finish second in the SPFL Championship as it meant two fewer games in the play-offs and it was the Dark Blues who won that battle after Raith lost 4-0 to champions Hearts on the final night.

That meant James McPake and his players could put their feet up while waiting to see who would win the all-Fife quarter-final between Raith and Dunfermline.

I thought we would see plenty of goals in that derby showdown but only two were scored across the two legs and both were netted by Rovers players.

Now boss John McGlynn will be hoping the adrenalin from seeing off the Pars can help his troops overcome a Dundee side that finished the regular season on a six-match unbeaten run.

It's only two defeats in 10 for the Dark Blues and McPake will look to stars such as Charlie Adam and Jason Cummings to fire them to promotion.

This first leg in Kirkcaldy is a tough one to call and it's reflected in the odds. Raith are 8/5 at McBookie while Dundee are a best 48/29 at VBet who price the stalemate at 41/17.

There has been nothing between the teams this season, with one win apiece and a draw. Rovers won 3-1 when Dundee came calling in January (below) but the Dark Blues got their revenge with a 2-1 victory at Dens.

Dundee held the upper hand in the head-to-head before this campaign, going five games unbeaten against the Kirkcaldy side.

Lewis Vaughan has endured terrible injury troubles but looks back in the groove for Raith this season. He scored the opener against Dunfermline on Saturday and looks their best bet for a goal here but the markets haven't been priced up yet.

Dundee will lean on star striker Cummings who is far too good to be playing in the second tier. The former Hibs and Rangers striker (below) has netted eight times since arriving on loan from Shrewsbury and has three goals from his last two appearances.

BTTS was a stick-on bet with Dundee earlier in the season but they have tightened up at the back of late, keeping three clean sheets in their last six games. I still fancy both teams to net here though as it has landed in all three of their meetings this term. It pays a best 20/23 at BoyleSports which is decent for accumulators.

Over 2.5 goals has also come up in the last two meetings and that is a decent price at 11/10 with McBookie while the half-time draw appeals at 21/20 with Bet365.

This Scottish Championship match between Raith Rovers and Dundee will be played on May 12, 2021 and kick off at 19:45. Check below for our tipsters best Raith Rovers vs Dundee prediction. You may also visit our dedicated betting previews section for the most up to date previews.