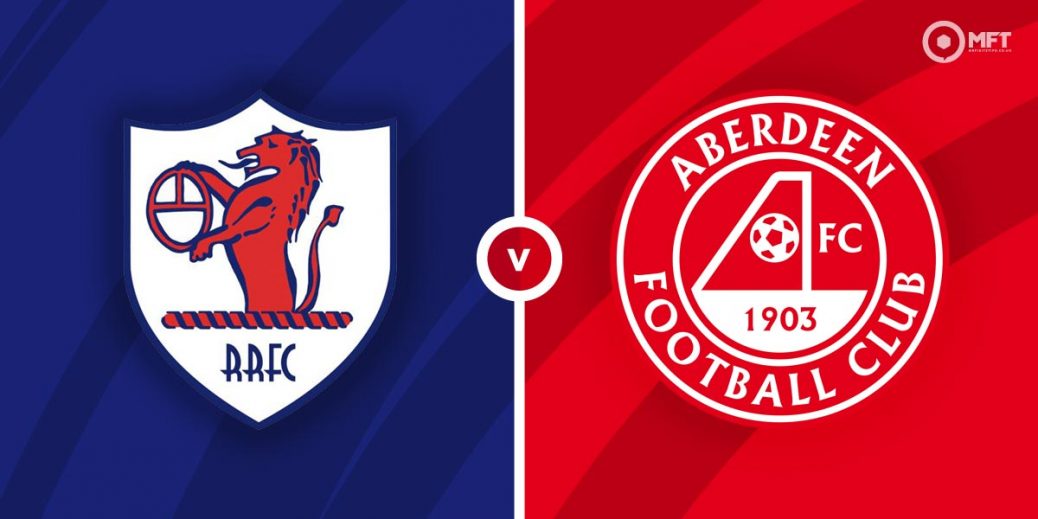 ABERDEEN face what looks like a tricky League Cup encounter in Fife on Sunday at high noon when they face Raith Rovers.

Fresh from their midweek, hard-fought European triumph over Icelandic side Breidablik, the Dons set out on trying to add to a recent trophy haul which is nothing short of disgraceful.

Since current boss Stephen Glass carried off the sponsors' Man of the Match mountain bike in the League Cup Final in1995, Aberdeen have won just one solitary trophy, which came in this tournament in 2014.

Glass is well aware this represents Aberdeen's best chance of silverware and there's no chance he won't take it seriously or rest key players.

Raith boss John McGlynn stated they are facing one of the best teams in Scotland right now and there should be a decent atmosphere at Stark's Park with Aberdeen being allocated 2,000 tickets.

Rovers have started their season by somehow blowing a four-goal lead at home to Hamilton before losing at Inverness.

The Dons are obviously going to be favourites, but they are not as strong as perhaps you might have expected and the 10/11 with Gentingbet looks a stand-out. Rovers can be backed at 16/5 with Tonybet. The draw is 12/5 with 888Sport.

The sides haven't met for 11 years when Aberdeen won 3-2 in the League Cup. Aberdeen haven't lost at Stark's Park since 1995. Here's Raith's last home game – that 4-4 thriller with Hamilton Accies.

Lewis Vaughan is a class act for the hosts who could and should have been playing at a higher level had it not been for rotten luck with injuries. He's 7/2 with bet365 to score at Stark's Park.

Jay Emmanuel-Thomas was only on the bench during Aberdeen's midweek Europa Conference League win and is likely to get the nod on Sunday. He's surprisingly yet to score for the Dons and has come close on a few occasions. He could break his duck at Fife at 7/4 with bet365.

Aberdeen look to be a very backable price given how well they have started the season. Glass made it clear he is taking this game very seriously indeed and they should get the win to continue a very decent start to the season.

However, Aberdeen's defence looks very suspect. Breidablik could have netted a couple in midweek and the Dons have gone from one of the dullest teams to watch in Scotland to one of the great entertainers – there could and should be goals at both ends.

The 10/3 with bet365 for both teams to score and an Aberdeen win is extremely tempting because Rovers should certainly add to this contest.

This Scottish League Cup match between Raith Rovers and Aberdeen will be played on Aug 15, 2021 and kick off at 12:00. Check below for our tipsters best Raith Rovers vs Aberdeen prediction. You may also visit our dedicated betting previews section for the most up to date previews.