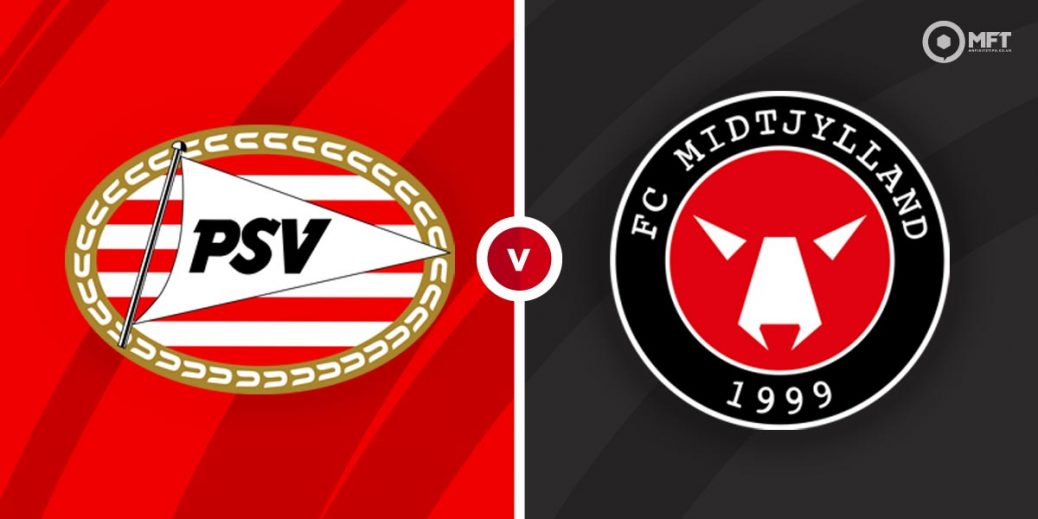 PSV Eindhoven will be looking to claim the first leg advantage in their UEFA Champions League third round qualifier with Midtjylland. The Dutch have a good home record and should come out on top on Tuesday.

PSV were impressive in the previous round as they did the double over Turkish giants Galatasaray. After running out 5-1 winners at home in the first leg, they triumphed 2-1 in the return fixture thanks to goals from Noni Madueke and Marco Van Ginkel.

Manager Roger Schmidt will have plenty to think about in the coming days with a Dutch Super Cup clash against Ajax on August 7. However, PSV cannot afford to take their eyes off Tuesday’s match as they look to make a return to the Champions League group stage for the first time since the 2018/19 season.

After claiming a 5-1 victory over Galatasaray in their previous home fixture, PSV will go into Tuesday’s clash with loads of confidence. They have been impressive in front of goal with a 6-2 friendly victory over Belgian side RWDM among their recent results at Phillips Stadion.

Midtjylland also showed their quality in the previous round as they accounted for the exit of Scottish giants Celtic. They held out for a 1-1 draw in the first leg in Scotland before returning home to claim a 2-1 extra time victory in the reverse fixture.

The Danes played in the Champions League group stage last season and will be aiming for a repeat this term. They do not have the best record in the competition having failed to secure a regulation time win in their last eight matches.

Bo Henriksen’s men also have a poor away record in the Champions League and are without a win in their last five matches on the road.

The bookies have installed PSV as overwhelming favourites with a home win priced at 21/50 by Unibet. Midtjylland are considered outsiders at 15/2 with BetVictor while a draw is set at odds of 17/4 with MansionBet.

Given PSV’s impressive record at Phillips Stadion, I am leaning towards a comfortable home win here.

This will be the first ever meeting between PSV and Midtjylland.

Striker Eran Zahavi scored a hat-trick in the home fixture against Galatasaray and will be one of the players to watch for PSV. Noni Madueke and Mario Gotze have also impressed in recent weeks and all three men can help the Dutch side produce over 1.5 goals at 1/2 with bet365.

Striker Junior Brumado and midfielder Evander have been on target for Midtjylland in recent matches and could be worth keeping an eye on. Both men can combine to help the Danes score over 1.5 goals at 7/2 with bet365.

With PSV expected to earn a comfortable victory, a -1 handicap could be considered at 5/4 with Red Zone. They could also be backed score in both halves at 6/5 with bet365.

The Dutch side could also be tipped to win both halves at 45/17 with Red Zone.

This UEFA Champions League match between PSV Eindhoven and Midtjylland will be played on Aug 3, 2021 and kick off at 19:00. Check below for our tipsters best PSV Eindhoven vs Midtjylland prediction. You may also visit our dedicated betting previews section for the most up to date previews.