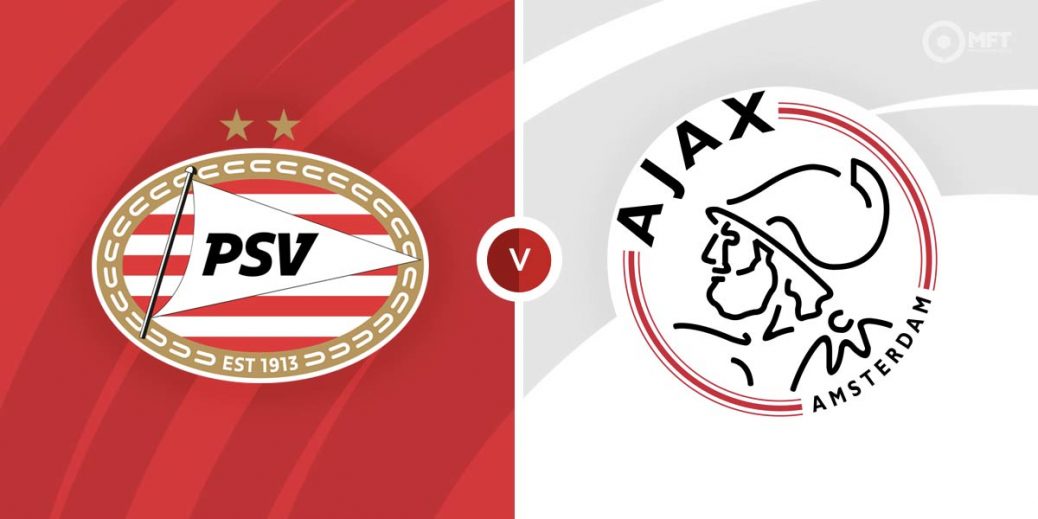 It is a battle of the top two in the Dutch Eredivisie as PSV Eindhoven host Ajax on Sunday. Both teams have been a class above everyone else in the topflight and there appears to be little to separate them heading into this one.

After losing the Eredivisie title to their rivals last season, PSV Eindhoven have looked a different side this term. They are currently one point clear at the top and the task for the rest of the season will be to fend off Ajax.

PSV have only lost once in the Eredivisie this season, which was a 5-0 defeat to Ajax back in October. Aside that result, they have been nigh unstoppable this term and head into Sunday’s clash off the back of a 2-1 victory over Telestar in the Dutch Cup on Thursday.

Manager Rodger Schmidt will have to make do without injured Noni Madueke and Ivory Coast International Ibrahim Sangere, who is currently at the Africa Cup of Nations. However, PSV still boast plenty of quality with the likes of Cody Gakpo and Eran Zahavi.

It has been a generally satisfactory campaign so far for Ajax who are challenging on all fronts this season. The Eredivisie champions comfortably qualified from their Champions League group and remain in the mix for a domestic double.

Ajax will travel to PSV with plenty of confidence after handing the Eindhoven club their only defeat of the season. However, they have also lost once this season with a 2-1 home defeat to AZ Alkmaar showing that the Eredivisie champions can be vulnerable.

Eric Ten Hag is also missing key players for this one, none more than Sebastien Haller, who is representing Ivory Coast at the Africa Cup of Nations. However. Ajax appear to have not lost a step in the absence of their top scorer and claimed a 9-0 victory over Excelsior Maassluis in the Dutch Cup on Thursday.

Ajax have the upper hand among the bookies and are priced at evens by Coral to claim the win. PSV Eindhoven are considered outsiders at home at 14/5 with SBK while a draw is also set at odds of 14/5 with bet365.

Both teams have already met twice this season with PSV Eindhoven claiming a 4-0 victory in the Super Cup in August while Ajax ran out 5-0 winners in the reverse fixture.

PSV have multiple attacking threats but Cody Gakpo could be worth keeping an eye on for Sunday’s clash. The forward has six goals this season and is priced at 3/1 by bet365 to get on the score sheet.

Even in the absence of top scorer Sebastien Haller, Ajax still boast plenty of goal threats in the team. Brazilian winger Antony has scored four times in his last five Eredivisie appearances and is priced at 11/5 by bet365 to find the net on Sunday.

PSV Eindhoven and Ajax have shown their attacking quality throughout the season and could be set to produce goals on Sunday. Over 3.5 goals can be considered at odds of 13/8 with BetVictor while over 2.5 goals is valued at 33/50 by SBK.

Both teams have a knack for early goals and could be tipped to score in the first half at 3/1 with bet365. A halftime draw can also be considered at 11/8 with Vbet.

This Dutch Eredivisie match between PSV Eindhoven and Ajax will be played on Jan 23, 2022 and kick off at 13:30. Check below for our tipsters best PSV Eindhoven vs Ajax prediction. You may also visit our dedicated betting previews section for the most up to date previews.