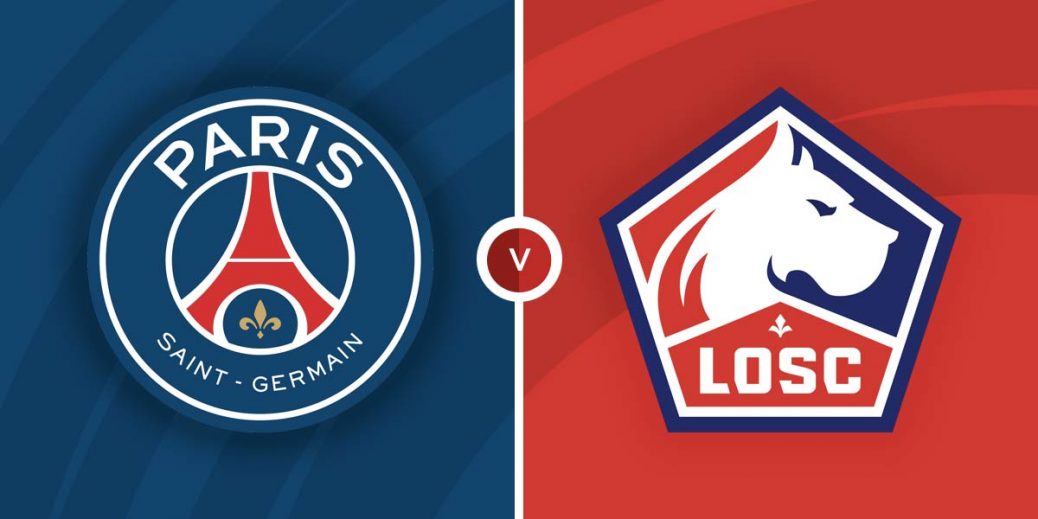 After an intense French Ligue 1 title race last season, PSG and Lille meet for the first time this term in a Friday night fixture at the Parc des Princes. Both teams have had contrasting starts to the campaign and with the Parisians looking imperious at home, they should have the edge over the underperforming champions.

It has not be the most dominant start to the Ligue 1 campaign for PSG but they still remain the team to beat. They have suffered just one defeat from 11 matches so far and are seven points clear at the top.

PSG were held to a 0-0 draw by Marseille last time out in Ligue 1, in a feisty fixture that saw Achraf Hakimi sent off. The hosts will be pleased to be returning home to the Parc des Princes where they still have a 100% record after five matches.

Mauricio Pochettino’s men often score lots of goals at home and can count a 4-2 victory over Strasbourg and a 4-0 win against Clermont among their results this season.

It has been a less than stellar title defence and a generally poor start to the season for Lille as manager Jocelyn Gourvennec struggles to maintain last season’s level under Christophe Galtier. They are just barely inside the top 10 in Ligue 1 and are still winless in the UEFA Champions League.

Lille have claimed just one win from their last five Ligue 1 matches and were held to a 1-1 draw by Brest in their previous fixture. They also have a poor record on the road and have lost four of their last five away matches across all competitions.

Defending is also a problem for Lille, who have struggled to capture last season’s organisation and discipline at the back. They travel to PSG without a clean sheet in their last seven away matches across all competitions.

PSG head into Friday’s clash as overwhelming favourites among the bookies at 10/29 with SBK. A victory for Lille is priced at 19/2 with BetVictor while bet365 is offering odds of 5/1 for a draw.

PSG often come out on top in this fixture and hold a 26-14 advantage with 15 draws from 55 previous matches against Lille. However, Lille had the upper hand last season, winning 1-0 in the Ligue 1 meeting at the Parc des Princes before also triumphing 1-0 in the Trophee des Champions in August.

PSG striker Kylian Mbappe has six Ligue 1 goals this season and is priced at 4/5 by BetVictor to score anytime. Argentina forward Lionel Messi could also be worth a punt to score his first league goal at 17/20 with Unibet.

Jonathan David has been prolific for Lille this season with seven Ligue 1 goals. The Canadian forward was also on target last time out against Brest and is priced at 73/20 by Sporting Index to find the net in Paris.

There has been BTTS in the second half in two of PSG's last three home matches in Ligue 1 and a similar outcome is priced at 11/5 with SBK.

PSG win and both teams to score could be worth a punt at 9/5 with William Hill. A win/score double involving PSG and Kylian Mbappe could also be considered at evens with Skybet.

This French Ligue 1 match between PSG and Lille will be played on Oct 29, 2021 and kick off at 20:00. Check below for our tipsters best PSG vs Lille prediction. You may also visit our dedicated betting previews section for the most up to date previews.