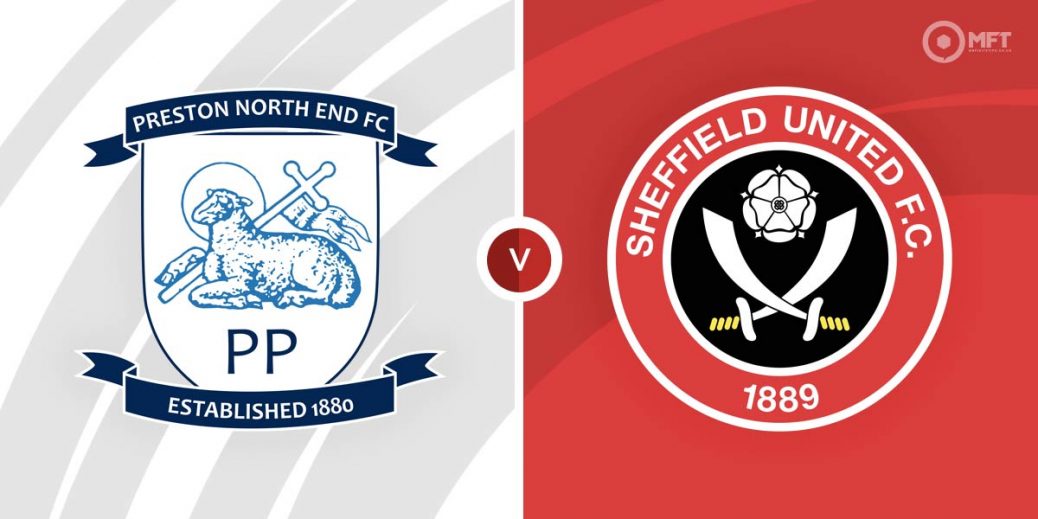 Preston North End host Sheffield United in a midweek English Championship fixture as they look to make a push for the top half. Level on points on the table, there appears to be little to separate both teams.

Preston North End would have been left disappointed by the 1-1 draw at home to Birmingham City in their previous Championship fixture. They took the lead midway through the first half and looked on course to claim the victory before conceding the equaliser four minutes from time.

That draw ended a run of two straight wins for Preston North End, who are still struggling with inconsistency. The result also leaves them in the bottom half of the table as they currently sit three points off the top 10.

Preston North End have not been particularly convincing at home lately with a win and two draws from their last three matches at Deepdale. Defending also remains a problem for Ryan Lowe’s men, who have failed to keep a clean sheet in their last nine Championship matches.

Sheffield United travel to Preston North End off the back of a 2-0 defeat at Derby County last time out in the Championship. They did not create much in a tight encounter and finished with just two attempts in target.

That result will be particularly disappointing for manager Paul Heckingbottom, who missed the clash after testing positive for COVID-19. The Blades had been on a four-match winning run prior to the defeat and remain three points off the top 10.

Despite that defeat, Sheffield United will go into Tuesday’s clash with some confidence having claimed three wins from their last four away matches.

The bookies appear to be split on this one with a win for Preston North End priced at 20/11 by SBK while a victory for Sheffield United is valued at 17/10 by MansionBet. Bet365 is offering odds of 23/10 for a draw.

Sheffield United have a 38-20 advantage with 23 draws from 81 previous matches against Preston North End. The last two meetings have ended in draws, including a 2-2 scoreline in the reverse fixture back in September.

As always, Emil Riis will be the one to watch for Preston North End as he looks to add to his eight Championship goals this season. The striker was on target in the reverse fixture and is priced at 74/40 by SBK to find the net on Tuesday.

Billy Sharp is the leading scorer for Sheffield United with six goals and could be worth keeping an eye on. The veteran striker is priced at 21/10 by Unibet to get on the score sheet on Tuesday.

There were over 3.5 goals in the reverse fixture and a similar outcome is priced at 3/1 by Skybet. Over 2.5 goals is valued at 6/5 with SBK, who are also offering odds of 8/9 on both teams to score.

Both teams have seen more goals after the break in recent matches so the second half can be tipped as the highest scoring half at 23/20 with betway.