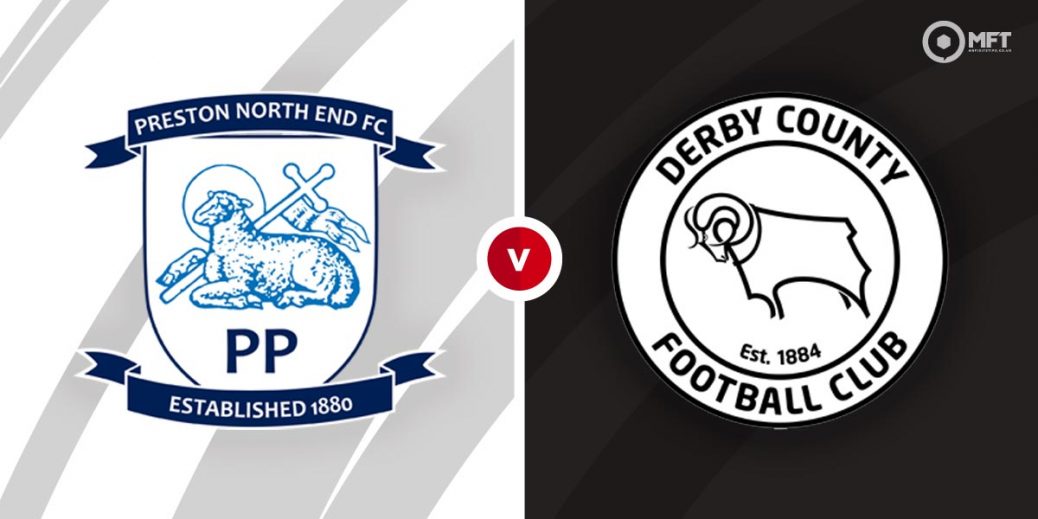 It is a battle of two of the worst defences in the English Championship as Preston North End host Derby County at Deepdale. With neither team able to keep things tight at the back, Tuesday’s clash is likely to offer up goals for both teams.

Preston are coming off a 0-0 draw at Stoke City in their previous Championship fixture. They had chances to score with Andrew Hughes striking the post with a second half free kick.

Frankie McAvoy’s men are not quite safe from relegation, although they currently sit 10 points above Rotherham United who have two games in hand. They have found things difficult in recent weeks with just one win in their last eight matches.

One problem that has plagued Preston all season is an inability to keep clean sheets. They have managed just one in their last eight matches with a 5-0 defeat against Brentford among their results in that run.

Derby County travel to Deepdale off the back of a 2-1 defeat at Blackburn Rovers in their previous Championship fixture. Tom Lawrence gave them the lead midway through the first half but they were unable to hold on.

The Rams are closer to the relegation zone than Preston North End as they sit just four points above the bottom three. Like Preston, they have also found things difficult lately with just one win in their last 11 matches.

Preston North End are considered slight favourites by the bookies and are priced at 6/4 by Skybet to secure the win. William Hill is offering 21/10 for a victory for Derby County while a draw is set at odds of 9/4 by Unibet.

Derby County have a slight edge in the head-to-head, with 25 wins from 64 previous matches. Preston North End have 24 victories while there have been 15 draws between both teams.

Preston earned a 1-0 victory in the reverse fixture back in December.

Preston North End often spread their goals around the team but winger Scott Sinclair remains the top scorer with nine goals and is priced at 33/10 by SBK to score anytime. Midfielder Brad Potts has also been among the goals lately and is valued at 11/2 by bet365 in the same market.

Midfielder Tom Lawrence has scored twice in his last three matches for Derby County and is priced at 4/1 by Paddy Power to score anytime. Striker Colin Kazim-Richards remains their top scorer with seven goals and could be worth a punt in the same market at 17/5 with SBK.

With Preston and Derby County often struggling defensively, the goals market could provide some reward. Over 3.5 goals is valued at 7/2 by SBK, over 2.5 goals is priced at 27/10 by Red Zone, who are also offering 11/10 on both teams to score.

There are likely to be goals in both halves at 21/20 with BoyleSport.