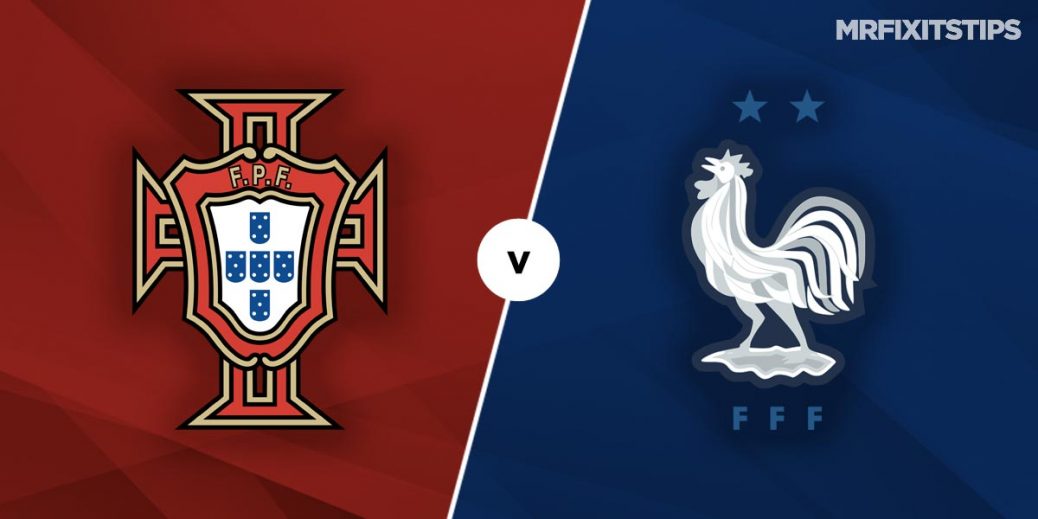 THIS Nations League clash between Portugal and France will be a tasty dress rehearsal for their clash of the titans at the Euro finals next summer.

When the European and world champions faced off earlier in the group it was a damp squib, with the sides battling out a 0-0 stalemate in Paris.

But armchair fans will be hoping for Lisbon fireworks as they lock horns again, with both gaffers keen to strike a blow ahead of their meeting in a Euros group of death that also includes Germany.

France head to the Estadio da Luz needing a morale boost after a shock 2-0 friendly defeat at home to Finland in midweek while the Portuguese are on a high after thrashing Andorra 7-0.

Some of the biggest stars in world football will be on display so I'm hoping there will be some goals, despite just two being scored in the last three meetings of these nations.

Despite being world champions, the French are 11/5 outsiders at 11/5 with Unibet while Portugal are 11/8 with McBookie for a win. The stalemate will appeal to punters at 21/10 with Betfred but I fancy the Portuguese to edge it.

That loss to the Finns is the only French defeat in their last 13 games, although that run has included two draws. Portugal are unbeaten in eight since losing 2-1 to Ukraine in October 2019. Their last defeat before that came when Uruguay knocked them out of the 2018 World Cup.

Cristiano Ronaldo should start for Portugal after coming off the bench in midweek against Andorra. Whenever he is odds-against for a goal it's always worth backing and the Juventus superstar (below) is 27/20 with 888Sport for anytime scorer. He's also a boosted 3/1 at William Hill to score in a Portugal win.

Didier Deschamps should bring back his big guns after experimenting a little against the Finns. Barcelona's Antoine Griezmann is 7/2 with Paddy Power for a goal and that looks a little overpriced.

The stats of their recent meetings suggest a boring game but I fancy this one to buck the trend. Over 2.5 goals is 6/5 with 888Sport and I will have a nibble at that. These teams are evenly matched so a one-goal winning margin for either side also appeals at 5/4 with Betway.

With the new handball rules in football causing so much chaos it's always worth backing a penalty to be awarded and that came up for me when Rangers won at Standard Liege. A spot-kick is priced 5/2 at William Hill here and looks good value.

This UEFA Nations League match between Portugal and France will be played on Nov 14, 2020 and kick off at 19:45. Check below for our tipsters best Portugal vs France prediction. You may also visit our dedicated betting previews section for the most up to date previews.