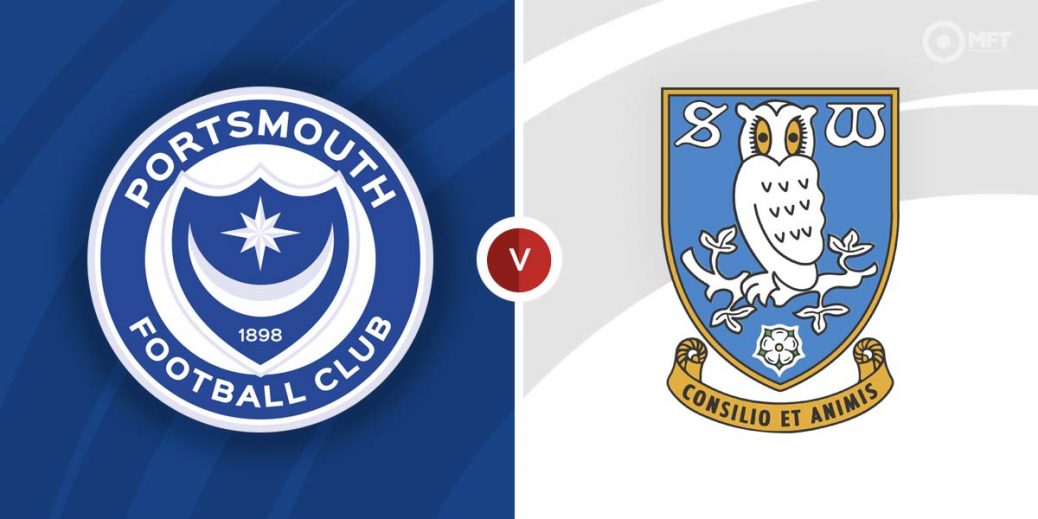 Portsmouth host Sheffield Wednesday in a midweek English League One fixture with both teams looking to make a push for the playoff places. Sheffield's form has been patchy in recent weeks and are likely to find things difficult at Fratton Park.

Portsmouth head into Tuesday’s clash off the back of a 2-1 defeat to League Two side Harrogate Town in an FA Cup second round fixture. The match looked to be headed for a draw following Ellis Harrison’s equaliser but they conceded the winner deep into added time.

Manager Danny Cowley will be particularly disappointed with that result as Portsmouth have been in good form in recent weeks. They have won their last four League One matches and claimed a 1-0 victory over Gillingham in their previous fixture.

Home form has been pivotal for Portsmouth, who have suffered just one defeat in their last five League One matches at Fratton Park. They have claimed three wins in that run and triumphed 2-1 over AFC Wimbledon in their previous fixture on their own turf.

Sheffield Wednesday are also coming off a 3-0 defeat to League Two side Hartlepool in the EFL Trophy. They were surprisingly second best to the fourth-tier side and could only muster two attempts on target.

Darren Moore’s men have faired much better in the league where they are unbeaten in their last 10 matches, although only four of those fixtures have been wins. They are eighth, just one point above ninth placed Portsmouth and one point off the playoff places.

Sheffield Wednesday are often unconvincing on their travels and have claimed just one win in their last five away matches across all competitions.

Portsmouth have the upper hand among the bookies with a home win priced at 13/9 by SBK. A victory for Sheffield Wednesday is valued at 43/20 by Unibet while a draw is set at odds of 23/9 by Vbet.

Portsmouth have a 19-14 advantage with seven draws from 40 previous matches against Sheffield Wednesday. Both teams have not faced each other since 2003 when Sheffield Wednesday claimed a 2-1 victory in a Championship fixture at Fratton Park.

Much of Portsmouth’s goals this season has come from midfield with Marcus Harness the top scorer with eight goals. He also has three goals in his last four League One appearances and could ensure the hosts find the net at 27/100 with Vbet.

Given the attacking quality that Portsmouth and Sheffield Wednesday possess, both teams can be tipped to score at 5/6 with Vbet. Over 2.5 goals can also be considered at 21/20 with BetVictor while over 3.5 goals is valued at 5/2 with Skybet.

Both teams often come to life after the break, so the second half can be tipped as the highest scoring half at 23/20 with betway.