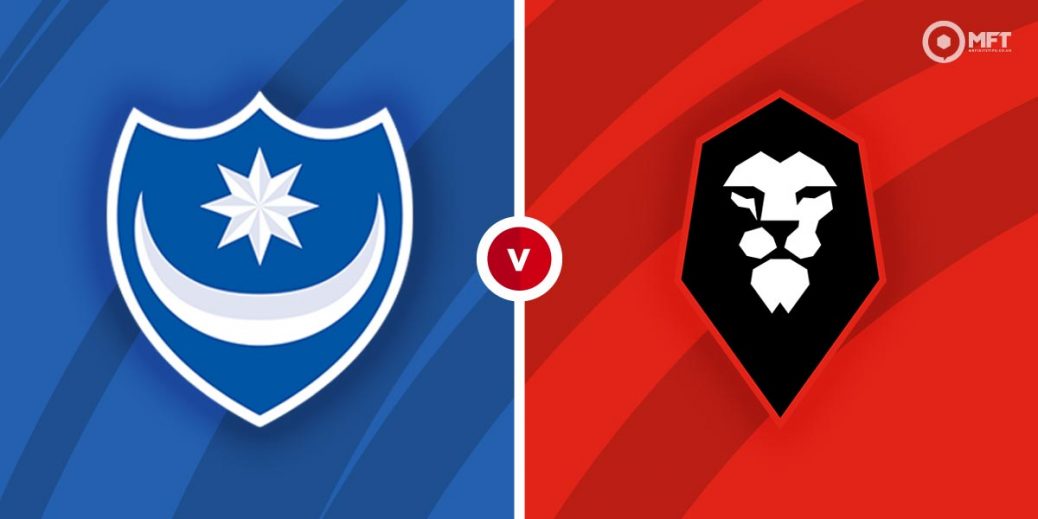 The rearranged 2020 EFL Trophy is finally set to take place as Portsmouth square off against Salford City at Wembley Stadium. Neither team has impressed in the build up to Saturday’s match and should serve up a low scoring contest.

Portsmouth warned up for Saturday’s clash with a 2-0 home defeat in a League One clash on Tuesday. Despite playing at home, they never got going and finished without a single attempt on target.

It was the third straight defeat for Kenny Jackett's men, who have seen their League One promotion challenge come off the rails in recent weeks. They will welcome the distraction of the EFL Trophy and will hope use it as a springboard to jumpstart their season.

Goals appear to be a problem for Pompey lately as they have failed to score more than once in each of their last seven matches.

Salford City are also heading to Wembley off the back of a defeat as they lost 1-0 at Crawley Town in a midweek League Two fixture. They fell behind early in the first half and failed to find a way back into the contest despite dominating the possession.

Just like Portsmouth, Richie Wellens' men have also found things difficult in recent weeks and are currently out of the promotion places in League Two. They have claimed just one victory in their last seven matches and head to Wembley winless in their last two.

Salford City have also struggled in attack lately, failing to score more than once in their last seven matches in all competitions.

The bookies have installed Portsmouth as the favourites here with William Hill backing the League Two team at 20/21 to win. A victory for Salford City is priced at 3/1 by bet365 while a draw is set at odds of 5/2 by the same firm.

With both teams having similar struggles in recent weeks, Saturday’s clash is likely to end in a draw.

This is the first ever meeting between Portsmouth and Salford City.

John Marquis has been the standout player for Portsmouth with 13 goals this season. The striker is priced at 12/10 in the anytime goalscorer market by bet365 while the first goal is valued at 37/10 by the same firm.

James Wilson will be the one to watch for Salford City with seven goals to his name this season. Bet365 has the forward at 24/10 to score anytime while also backing him at 7/1 in the first goalscorer market.

With both teams struggling in attack lately, there are likely to be few goals on Saturday. Under 2.5 goals is priced at 4/5 with Unibet while bet365 is offering 17/2 on neither team to score.

This EFL Trophy match between Portsmouth and Salford City will be played on Mar 13, 2021 and kick off at 15:00. Check below for our tipsters best Portsmouth vs Salford City prediction. You may also visit our dedicated betting previews section for the most up to date previews.