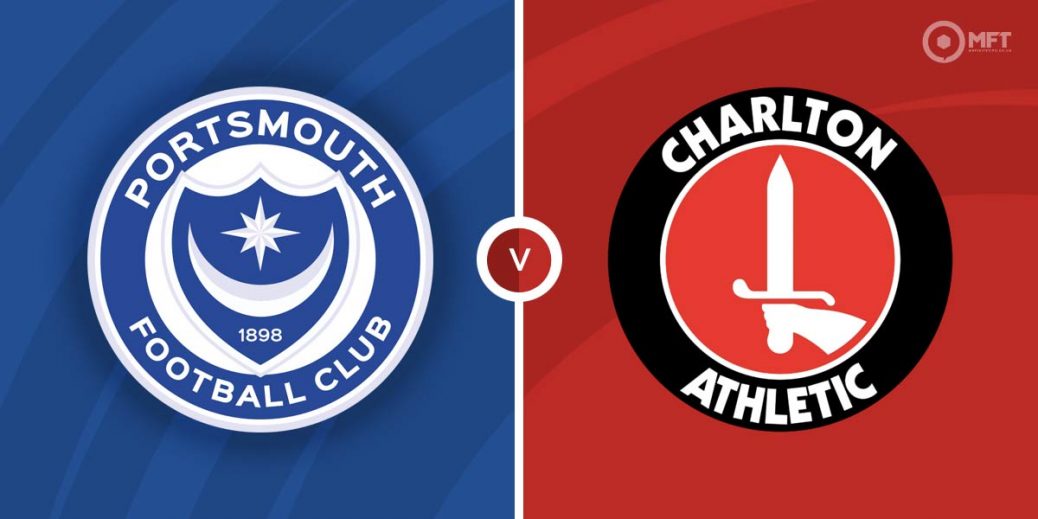 Portsmouth host Charlton Athletic on Monday night in an English League One fixture. The visitors have struggled lately, particularly on the road and are set to find things difficult at Fratton Park.

Portsmouth have not been at their best in recent weeks and head into Monday’s clash winless in their last four League One matches. That run has seen them slip to 10th, eight points off the promotion places with a game in hand.

Pompey suffered a 1-0 defeat at Sunderland in their previous League One fixture. They dominated for much of the encounter and created a number of goalscoring opportunities but failed to find the breakthrough.

Despite their recent problems, Portsmouth will go into Monday’s clash with some confidence given their record at Fratton Park. Danny Cowley’s men have suffered one defeat in their last five home matches with a 2-1 victory over Wimbledon and a 2-0 win over Morecambe among their recent results in that run.

Charlton Athletic are doing even worse than Portsmouth at the moment and are in the bottom half of the table. They are currently 14th having claimed just one win from their last five League One matches.

That win came in their previous fixture as they triumphed 2-0 over struggling Fleetwood Town. They were frustrated for much of the first half but came to life after the break with Mason Burstow and Albie Morgan getting the goals.

One of the problems for Charlton Athletic this season is their record on the road where they have failed to secure a win in their last five away matches. Johnnie Jackson’s men have also struggled defensively with just one clean sheet in their last five matches across all competitions.

Portsmouth have the upper hand among the bookies with a home win priced at 23/20 by Skybet. A victory for Charlton Athletic is valued at 7/2 by bet365 while a draw is set at odds of 5/2 with betfair.

Charlton Athletic have a 24-23 advantage with 13 draws from 60 matches against Portsmouth. Pompey are unbeaten in the last two meetings and played out a 2-2 draw in the reverse fixture back in September.

Much of Portsmouth’s goals have come from midfield with Marcus Harness their top scorer with nine strikes. He was also on target in the reverse fixture and is priced at 12/5 by Unibet to get on the score sheet on Monday.

Charlton Athletic will be looking to Jayden Stockley to provide the spark as he aims to increase his tally of seven goals. The striker has found the net four times in his last eight League One appearances and is priced at 13/4 by Unibet to score anytime.

The last two meetings between Portsmouth and Charlton Athletic produced over 3.5 goals and a repeat could be on the cards at 11/4 with William Hill. Over 2.5 goals is valued at 11/10 with Skybet while both teams could be backed to score at 10/11 with William Hill.

Portsmouth have opened the scoring in the last two meetings with Charlton Athletic and could be tipped to grab the first goal on Monday at 5/6 with Skybet.

This English League One match between Portsmouth and Charlton Athletic will be played on Jan 31, 2022 and kick off at 19:45. Check below for our tipsters best Portsmouth vs Charlton Athletic prediction. You may also visit our dedicated betting previews section for the most up to date previews.