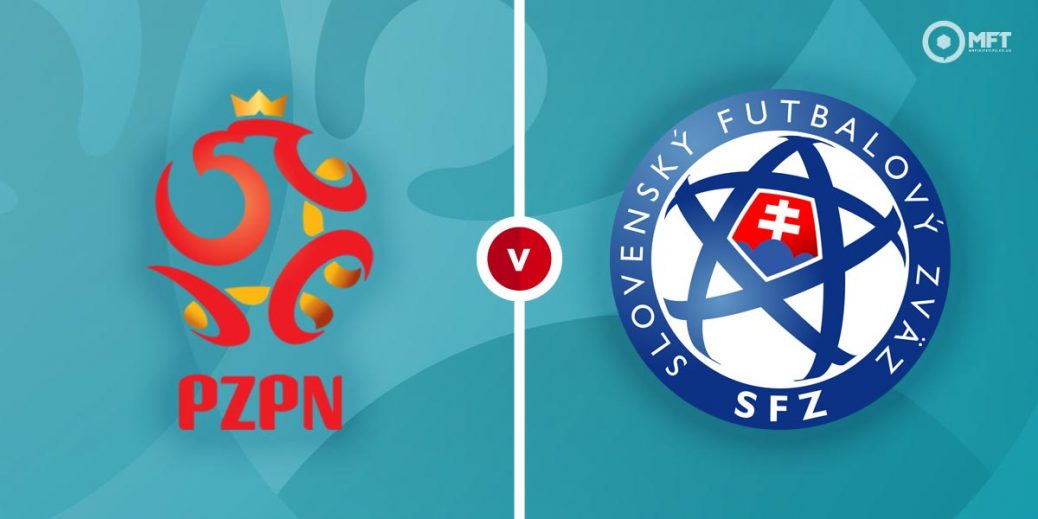 POLAND have dismal recent record at major finals but a victory in the Group E opener against Slovakia would set them up for a place in the last 16 at Euro 2020.

The Poles have failed to get out of the groups in five of their last six tournaments, the only exception being a charge to the quarter-finals at the last European Championships in France.

For a nation that boasts the world's deadliest centre forward in Robert Lewandowski, that's a poor return and time is running out for the Bayern Munich star to make a big impact at international level.

But his goals should help Poland get through the group stage at Euro 2020 as new boss Paulo Sousa tries to make them into a more expansive team.

Getting off to a good start is crucial and Sousa's side are lucky to face what looks like their easiest fixture in the first match.

Slovakia could only finish third behind Wales and Croatia in qualifying and didn't look convincing as they edged past both Irish sides in the play-offs.

Scotland also looked a better team than them in the Nations League and the Slovaks lack punch in attack, averaging just 1.26 goals per game in meaningful matches since the last World Cup.

It's no great surprise to see Poland as favourites and the 16/19 on offer at SBK looks decent for accumulators. Slovakia are as big as 23/5 with the same firm for a victory while the stalemate pays 40/17.

These teams have met just five times and the Slovaks who have the edge, winning three. Poland have only beaten them once, with the other match drawn.

Only two of those clashes were competitive games, with Slovakia winning 2-1 at home in the 2010 World Cup qualifiers (below) before edging a 1-0 victory in Warsaw.

The Poles will be without experienced striker Arkadiusz Milik due to injury while Krzysztof Piatek, Arkadiusz Reca and Krystian Bielik are also out. Southampton defender Jan Bendarek is a doubt.

Slavia Prague forward Ivan Schranz is the only injury absentee for Slovakia while talisman Marek Hamsik should have recovered from the injury he picked up towards the end of the club season.

The big guns have been firing already at the Euros and I cashed in by backing Italy's Ciro Immobile and Belgium's Romelu Lukaku in their opening group games.

So the stage is set for Lewandowski to respond in kind and the Poland hitman is a best 11/10 with Unibet for anytime scorer which looks excellent value. The odds increase to 29/10 at SBK if you back the Bayern star to net first.

Robert Mak scored when Slovakia claimed a surprise 2-1 win over Russia in the recent World Cup qualifiers. The experienced winger is 8/1 at Unibet for anytime scorer here which looks overpriced.

It's hard to predict if this will be a cracker or a damp squib as Poland are classy up front but ropey at the back while Slovakia are the polar opposite.

The bookies reckon it will be a cagey game with under 2.5 goals just 10/17 at SBK while betting against BTTS pays 7/10 at BetVictor.

A clean sheet for Poland is better value at evens with 888Sport but their only shut-out in the last seven games came against Andorra. That suggests BTTS might be a better option at 13/10 at SportNation.

Veteran Slovak defender Tomas Hubocan was booked in the friendly stalemate with Austria and is a tempting 7/2 at Bet365 for a card in the Euro opener.

Three of the first four games at the Euros were level at the break and a repeat here pays evens at Paddy Power.

This Euro 2020 match between Poland and Slovakia will be played on Jun 14, 2021 and kick off at 17:00. Check below for our tipsters best Poland vs Slovakia prediction. You may also visit our dedicated betting previews section for the most up to date previews.