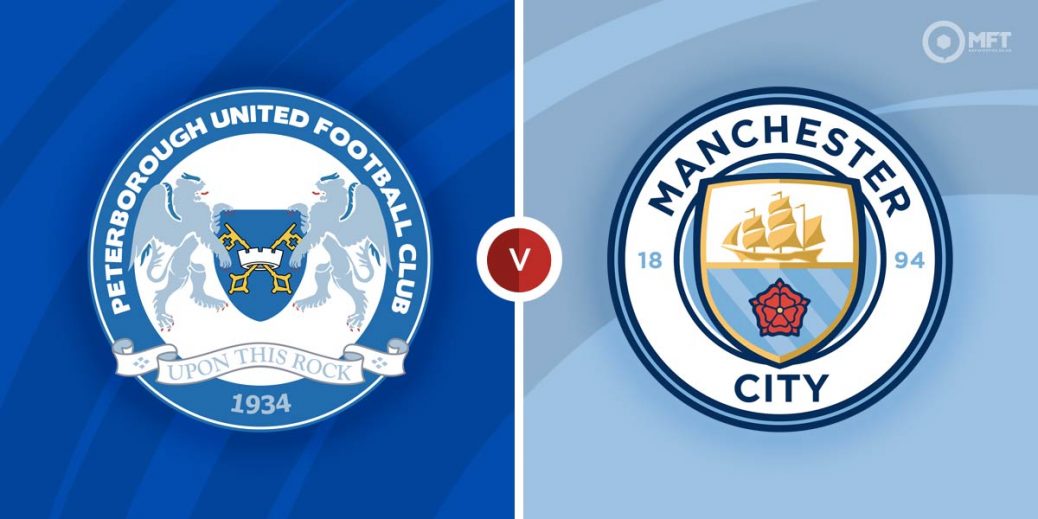 MANCHESTER CITY have what appears to be a penalty kick to ease through to the quarter-finals of the FA Cup when they head to troubled Peterborough United on Tuesday.

Pep Guardiola's side were a long way from their best when they finally broke down a hard-working Everton side late on to grab a 1-0 win at the weekend.

And while this isn't the highest of priorities for Guardiola, he will be keen to claim what should be a comfortable victory to keep morale up ahead of the Manchester Derby on Sunday against United.

They are up against a Posh side who seem to be in disarray in the English Championship. They are currently bottom of the league and eight points adrift of safety.

Darren Ferguson resigned after his third spell in charge and new manager Grant McCann has his work cut out just to try and retain some respectability. Indeed, so bad was their home 3-0 defeat at the weekend to Hull City that fans voted for their mascots and unused subs as Man of the Match!

They haven't won in the league since December 11. although they did somewhat surprisingly put high-flying QPR out of the FA Cup in the last round and they have collected just one point in their last six games in the league.

Manchester City are clearly massive favourites and the 2/17 price with SBK is the best you will get. The draw is 9/1 with the same firm and the hosts are available at a huge 28/1 with Coral.

Curiously, the clubs have only met once in their history in a 1981 FA Cup tie which City won 1-0 at London Road. Here's action below from Peterborough's awful 3-0 home loss to Hull City at the weekend.

Jonson Clarke-Harris is Peterborough's joint top scorer with five league goals this season and he is 11/2 to score anytime on Tuesday with Paddy Power.

Jack Grealish should get a run out after being an unused sub at the weekend. He's hardly justified his £100 million transfer fee with just three goals for City and he is 13/8 with BetVictor to net in Cambridgeshire.

Guardiola played a strong side in the last round and despite clearly modest and limited opposition, this will still be a very powerful City line-up and plenty of the big guns should feature.

That means it's a case of how many City want to score here. They are odds-on to score three teams goals or more or more, so the 10/11 with William Hill for a City win and -2.5 on the handicap should land.

City should get stronger as the game progresses too and the evens for them to score more goals after the break with bet365 can come up too if the hosts tire.