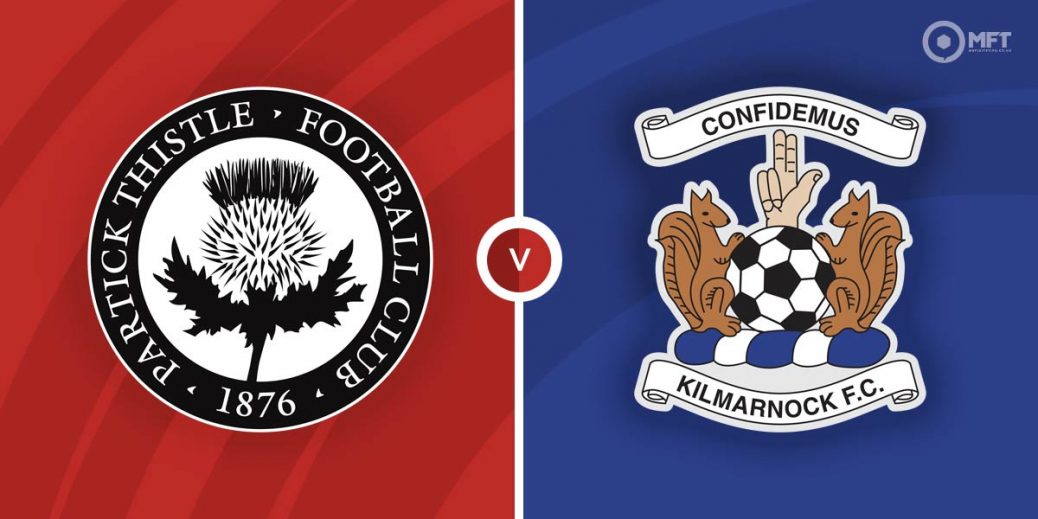 KILMARNOCK could go top of the Scottish Championship with a win at Partick Thistle tonight under new manager Derek McInnes, but they are unlikely to get it easy at Firhill.

McInnes got his reign at Rugby Park off to a fine start last week at Queen of the South and rising to the summit, temporarily at least, would be a statement of intent.

However, few managers know more about this league than Ian McCall who has guided his promoted Jags to contenders for two promotions in a row.

It's something of a surprise to see Thistle in the bottom of a five-way pile to win the most exciting league in Scotland, but they do have two games in hand on leaders Arbroath and would go level with them if they won both of them.

Killie's flaky form has been well documented this season and cost Tommy Wright his job. Former Aberdeen boss McInnes' arrival has given the Ayrshire side plenty of headlines and apparently, the man himself has been inundated with good luck messages from close friends Sir Alex Ferguson, Steven Gerrard and Brendan Rodgers…

However, the remainder of the season is a dogfight and the first scrap will take place in Maryhill on Friday night.

Thistle can be backed at 6/4 with William Hill and the Jags are favourites. Killie are a best price of 19/10 with SBK and the draw is 11/5 with McBookie.com.

Curiously, there have been two away wins this season. Killie won at Firhill 2-0 as can be seen below and Thistle won in Ayrshire 1-0.

Killie have a great record at Firhill too. They are unbeaten in their last 12 visits, won their last three and Thistle haven't even scored in the last five meetings between the clubs in Glasgow.

Zak Rudden has been in excellent form for Thistle and clubs in Scotland and England are keen on the former Rangers striker. He's looking to score his tenth goal of the season and is 15/8 to score anytime with McBookie.com.

Oli Shaw ended a seven-game goal drought from the penalty spot in Dumfries last week. He would also move onto double figures for the season if he could score on Friday and is 7/4 to do just that with McBookie.com.

Thistle would have the best home record in the league if they won this and Killie have the best away record, so it's on a knife-edge and draw is the sensible call.

McCall will have his men well up for this and will be desperate to end an awful record against Killie at home, with their last win against them at Firhill coming 20 years ago incredibly.

Thistle had gone five games with their being under 2.5 goals until last week's 2-2 draw at Hamilton and four of Killie's last five games have gone that way too, so it could be tight and the 8/11 with bet365 for unders should cop.

This Scottish Championship match between Partick Thistle and Kilmarnock will be played on Jan 14, 2022 and kick off at 19:45. Check below for our tipsters best Partick Thistle vs Kilmarnock prediction. You may also visit our dedicated betting previews section for the most up to date previews.