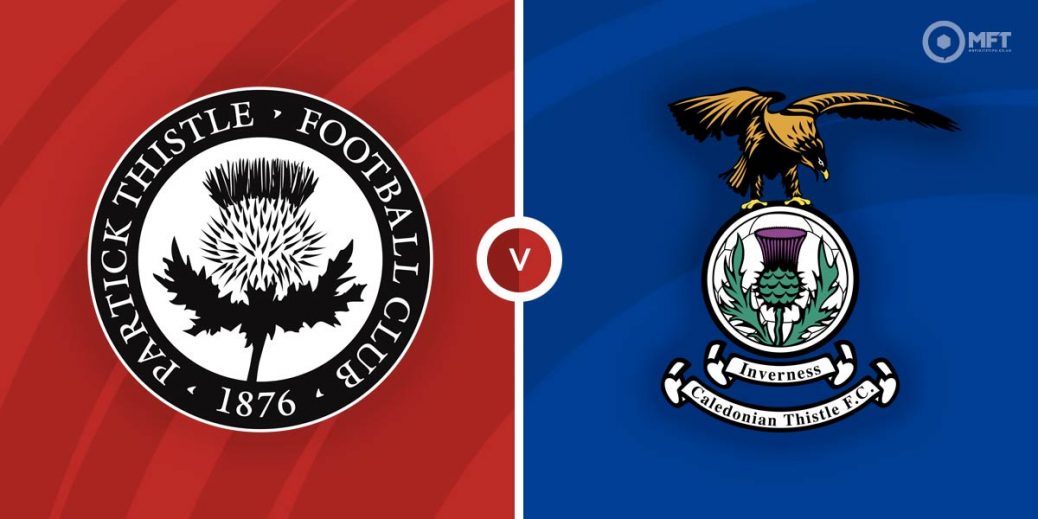 THEY say it's all about momentum heading into the play-offs so Inverness Caledonian Thistle will fancy their chances of seeing off Partick Thistle to reach the semi-finals.

Billy Dodds' men ended the Championship season in style, with a 4-0 thrashing of Hamilton on Friday night making it six wins in their last eight matches.

But it has been a different story for Partick as Ian McCall's men won just two of their last nine minutes to limp over the line. I fancied the Jags to lose against Ayr on Friday and that's how it panned out as they crashed to a 3-1 loss.

Partick Thistle have done well to reach the play-offs after winning League One last season but they will need a big improvement in form to stand a chance of a second successive promotion.

McCall's men have home advantage in the first leg but the terrible Firhill pitch has been a factor in their poor results towards the end of the season.

Nine of Thistle's last 10 games at home have seen one goal or fewer so there's a good chance this tie will still be in the balance when the teams face off again in the Highlands at the weekend.

Inverness are the favourites to qualify at 4/7 with Bet365 but the odds are longer on a first-leg win for Caley Thistle at 9/5. Partick Thistle are 29/20 for the Firhill win and 5/4 to reach the semi-finals. The draw at 90 minutes pays 2/1 with Paddy Power.

It has been honours even this season, with the four meetings producing a win apiece and two draws. Partick Thistle won 1-0 when they last faced off at Firhill in March (below) and the other clash in Maryhill ended in a 0-0 stalemate.

McCall will be hoping striker Brian Graham sparks back to life for the play-offs after going 11 games without scoring. He was on fire before then, netting 18 times, and is 17/10 at McBookie to get back on track with a goal here.

Inverness winger Logan Chalmers heads into this clash in fine form, netting five times in his last six matches. The Dundee United loanee looks a decent prospect and is 5/2 at Bet365 for anytime scorer.

Betting against Firhill thrills has proved profitable for me in recent weeks, with bookies paying a heavy price for pricing BTTS no at just under evens most weeks. It pays 4/5 for this one at McBookie and I'm on that bet yet again.

These sides did play out a 3-3 thriller earlier this season but that was up in the Highlands and the two Firhill meetings have produced just one goal in total. That's why under 2.5 strikes pays just 4/7 at Bet365 but backing under 1.5 goals increases the odds to 9/5 at McBookie. The half-time draw is another good option and it pays evens with Bet365

We only saw six corners when these teams last faced off at Firhill so it could pay to bet against them here but I can't see anyone offering prices on that market. Another option could be a one-goal winning margin for either side and that pays 13/10 at McBookie.