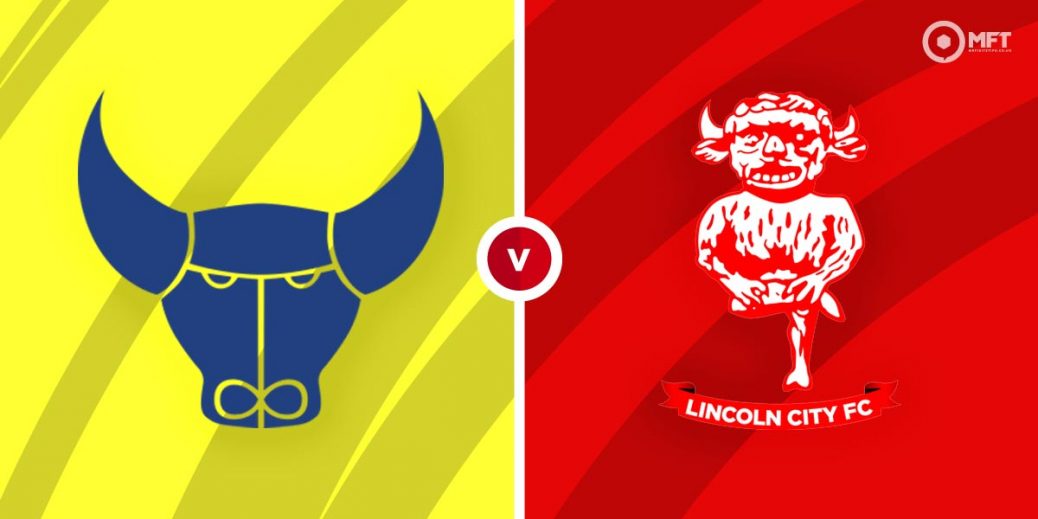 Two teams in desperate need of a turn around in fortunes square off as Oxford United host Lincoln City in a Friday night English League One fixture at the Kassam Stadium. Both teams have struggled in recent weeks and look set to serve up a low scoring contest.

Oxford United were disappointing in their last League One fixture as they suffered a 1-0 defeat at struggling Northampton Town. They were once again poor in attack and allowed Northampton score off their only attempt on target.

This is the second straight defeat for the U’s who are in danger of watching their playoff hopes slip away. They have now dropped into the bottom half of the table but are still just three points behind Blackpool in the final promotion playoff place.

Lincoln Town head to the Kassam Stadium off the back of a 1-1 draw at Sunderland in their last League One fixture. They fought back from a goal down with Callum Morton getting their equaliser midway through the second half.

Like Oxford, Michael Appleton's men have also not been at their best in recent weeks with just one win in their last eight matches. They have been slowly drifting away from the automatic promotion places and are now fourth on the table, four points off the top two.

Lincoln have struggled on the road lately and are on a three-match winless run away from home, although the last two have ended in draws. They have also lacked the cutting edge in attack lately and have not scored more than once in each of their last four League One matches.

Despite their recent struggles, Oxford United are still favourites among the bookies and are priced at 11/8 by Skybet to secure the win. Red Zone is offering 40/17 for a win for Lincoln City while a draw is set at odds of 12/5 by betfair.

With neither team particularly convincing lately, I am expecting a low scoring draw in this one.

Oxford United and Lincoln City have met each other 15 times in the past with both teams claiming seven wins each. There has been just a single draw in this fixture while Lincoln claimed a 2-0 victory in the reverse clash back in September.

Despite their attacking problems this season, striker Matt Taylor has still managed to score 13 goals for Oxford United. He remains their biggest goal threat and is priced at 15/8 by Unibet in the anytime goalscorer market.

With top scorer Jorge Grant still out injured, Lincoln City will be hoping Tom Hopper can rediscover his scoring touch. The striker has eight goals this season and is valued at 16/5 by Unibet to score anytime.

With Oxford United and Lincoln City struggling in attack, there are likely to be few goals in Friday’s match. Under 2.5 goals is priced at 13/17 by Red Zone while Sporting Index is offering 27/20 on only one team to score.

Betfred is also offering 15/2 on neither team to score while Lincoln City not to score is set at odds of 7/4 by the same firm.

This English League One match between Oxford United and Lincoln City will be played on Mar 26, 2021 and kick off at 19:45. Check below for our tipsters best Oxford United vs Lincoln City prediction. You may also visit our dedicated betting previews section for the most up to date previews.