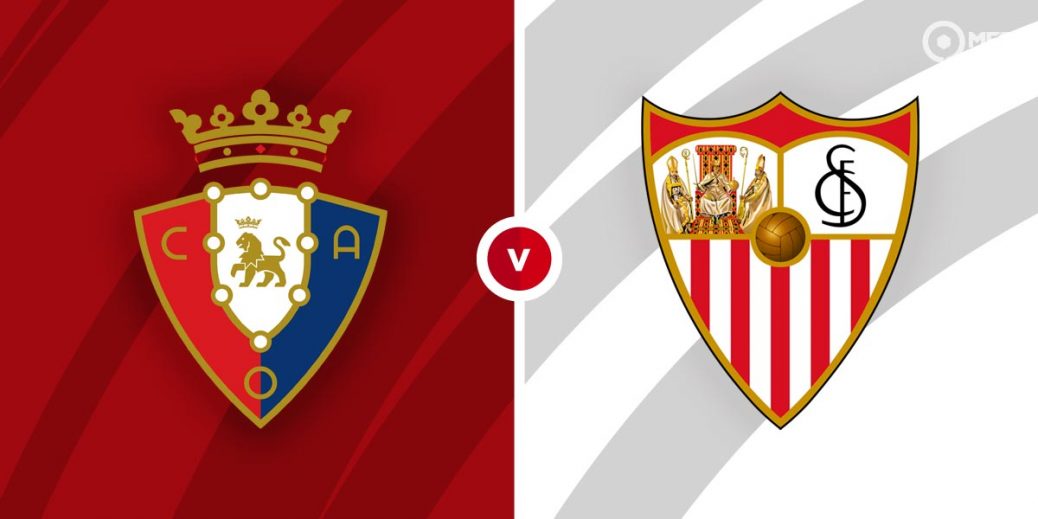 Sevilla are eying a third straight La Liga win as they travel to the Estadio El Sardar for a clash against Osasuna. The hosts have been in good form in recent weeks and are expected to provide a stern challenge to the Seville side.

Julen Lopetegui's team will be happy to turn their attention to domestic matters following their 3-2 Champions League home defeat to Dortmund. They have a `seven-point gap in fourth over the chasing pack in the race for the final Champions League spot.

The Andalusians have been almost impeccable in La Liga lately as they head to Pamplona off the back of five consecutive wins, including a 1-0 triumph over Huesca last time out. They have also been solid defensively, conceding just one goal in that run.

Sevilla have also been quite decent on their travels with a 2-0 loss at Atletico Madrid their only defeat in their last seven away matches.

Osasuna did well to win at Levante in their last La Liga outing with Ante Budimir's second half strike enough to earn them a 1-0 victory. They have been slowly climbing up the table in recent weeks and are just three points off the top 10.

Jagoba Arrasate's men have been in good form and head into Monday’s match with back-to-back La Liga wins for the first time this season. They are particularly solid at home having won their last two matches at the Estadio El Sardar.

Osasuna will be banking on their home form on Monday and will fancy their chances of stopping Sevilla, who will be without key players Lucas Ocampos and Jesus Navas.

The bookies have installed Sevilla as the favourites here with an away win valued at 13/12 with SBK. Despite their fine home form, Osasuna are outsiders at 18/5 with Unibet while bet365 values a draw at odds of 23/10.

Given their home form and with Sevilla missing key players, I think Osasuna can hold their own on Monday. I am tempted to lean towards a draw in this one.

Sevilla have 19 wins while Osasuna have been victorious 12 times from 41 previous matches. Both sides have battled to a draw 10 times in that run.

The Andalusians claimed a 1-0 victory in the reverse fixture back in November, but the last meeting at the Estadio El Sardar ended 1-1.

Youssef En-Nesyri is the top scorer for Sevilla with 13 goals and could be worth a punt in the anytime goalscorer market at 8/5 with Unibet. Strike partner Munir El Haddadi could also be considered at Unibet’s 29/10 having scored in his last two La Liga matches.

Ante Budimir carry’s much of Osasuna’s attacking threat and having scored the only goal against Levante, the forward is priced by bet365 at 7/2 to score anytime.

Osasuna have conceded in four of their last five home matches which makes BTTS a valuable option at 15/13 with Sport Nation. The hosts have also seen over 2.5 goals in their last two matches which could be worth a punt at 7/5 with SBK.

Having scored the opener six times this season, Youssef En-Nesyri could be worth a punt with Unibet offering 21/5 in the first goalscorer market.

This La Liga match between Osasuna and Sevilla will be played on Feb 22, 2021 and kick off at 20:00. Check below for our tipsters best Osasuna vs Sevilla prediction. You may also visit our dedicated betting previews section for the most up to date previews.