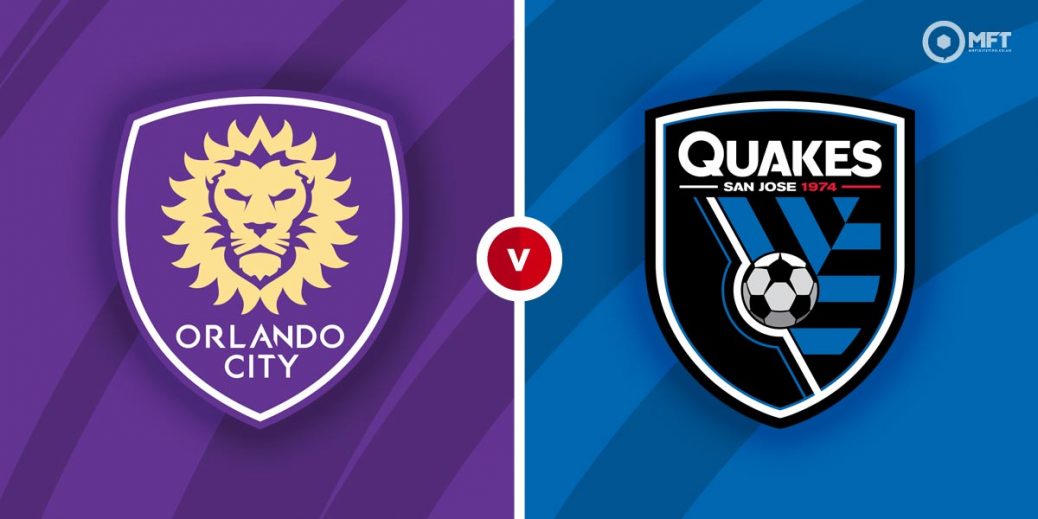 Orlando City are set to maintain their pursuit of Eastern Conference leaders New England Revolution as they host San Jose Earthquakes at Exploria Stadium. Home form has been the bedrock of Orlando's solid season and should see them make light work of an out of sorts San Jose.

Nani marked his return from suspension with a goal as Orlando City claimed a 3-2 victory over Toronto FC in their previous MLS fixture. The Portuguese winger added to Tesho Akindele’s early opener while Junior Urso scored the winner after Toronto had drawn level.

The Lions are having a fine campaign and have lost just once in eight MLS matches this season. They have won three of their last four fixtures and are up to second in the Eastern Conference, five points behind leaders New England Revolution having played a game less.

Manager Oscar Pareja puts a lot of stock on his team’s home form and Orlando are without defeat at Exploria Stadium this season. Driven by the impressive Nani, they are among the leading scorers in the East this term.

San Jos Earthquakes played out a 0-0 draw at Austin FC last time out in the MLS. They looked lively in an open encounter and created a numerous of chances but lacked the cutting edge in attack.

Despite failing to win, manager Matias Almeyda will be pleased with the result as it snapped a four-match losing streak. They are a long way away from the form that saw them rise to the top in the East and have dropped to eighth on the table.

Defending has been a problem for the Earthquakes this season with just one clean sheet in eight matches. They have also struggled in attack lately, scoring just once in their last five fixtures.

Orlando City are overwhelming favourites among the bookies with a home win priced at 3/4 by betway. San Jose Earthquakes are valued at 43/10 by Vbet for an unlikely victory while a draw is set at odds of 29/10 with betfair.

San Jose Earthquakes have lost four of their last five matches and should be no match for Orlando City, who are set to claim a comfortable victory.

There has been five previous matches between Orlando City and San Jose Earthquakes with both teams claiming one win each and three draws. Orlando triumphed 3-2 in their last meeting at Exploria Stadium back in 2018.

Nani is the top scorer for Orlando City with four goals and showed his importance to the team with a goal on his return from suspension. The winger could be worth a punt in the anytime goalscorer market at 7/5 with betway.

San Jose Earthquakes will be hoping Chris Wondolowski can rediscover his scoring touch following a recent goal drought. The veteran striker is priced at 3/1 by betway to score anytime.

Matches involving Orlando City and San Jose Earthquakes often feature goals and Wednesday’s clash should be no different. Over 3.5 goals is priced at 15/8 with Paddy Power, over 2.5 goals is valued at 8/11 with William Hill, while bet365 is offering 7/10 on both teams to score.