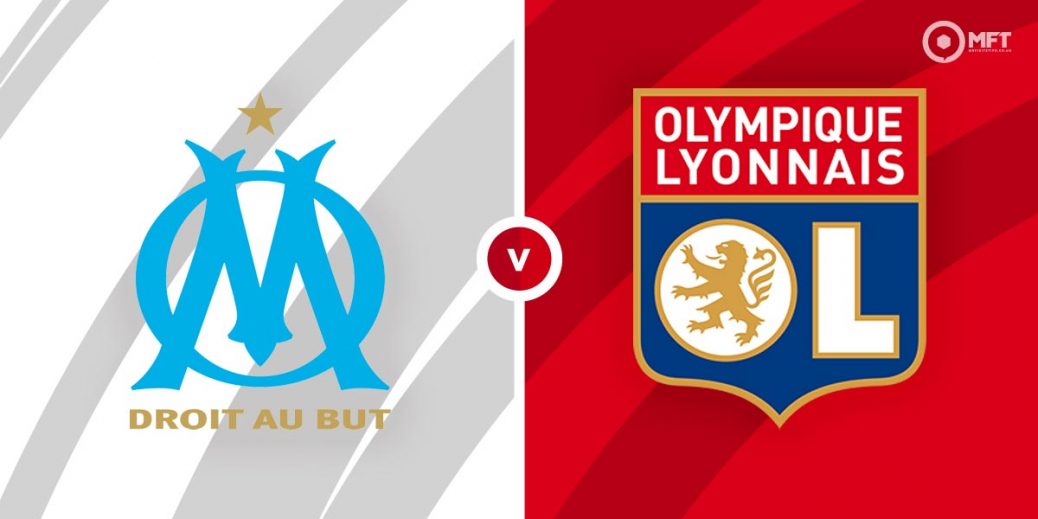 Lyon will continue their three-way title fight in Ligue 1 as they travel to the Orange Velodrome for a Sunday night clash against Olympique Marseille. The visitors could end the weekend at the top of the table and will be keen to overcome an inconsistent Marseille team.

Following an unlikely home defeat against Montpellier, Lyon made a swift return to winning ways by claiming a 3-2 victory at Brest in their last outing. They took a three-goal lead at half time and had to endure a nervy finish after the hosts pulled two back.

Lyon are second on the standings, three points off leaders Lille and head into Sunday's match knowing that they could end the weekend top of the table if results go their way. They also have to keep one eye on a resurgent PSG side, who are just two points behind.

Rudi Garcia’s men have impressed this season and certainly deserve to be in the title conversation. They have won six of their last seven matches, a run which includes three straight victories on the road.

Marseille are coming off a 1-1 draw at Nantes in their previous Ligue 1 fixture. They came from behind to earn the point with Dimitri Payet grabbing the equaliser midway through the second half.

Nasser Larguet's men have endured an inconsistent campaign this season and are not challenging for a UEFA Champions League place. They currently sit seventh on the table, three points off fifth place Lens.

Marseille's problems have seen them earn just two wins in their last 11 matches across all competition. Things have been just as bad at home as they have suffered three defeats in their last four matches at the Orange Velodrome.

The hosts also have a depleted squad ahead of Sunday's matches with striker Dario Benedetto and defender Hiroki Sakai both suspended. Top scorer Florian Thauvin is also expected to miss the clash with a knee injury.

Lyon are favourites among the bookies with Sport Nation pricing a home win at 10/13. A win for Marseille is valued at 15/4 at Paddy Power while a draw is offered at 31/10 at BetVictor.

With Marseille missing a number of key players, Lyon look set to claim the victory on Sunday.

Lyon have the Upper hand in the head-to-head against Marseille having claimed 24 wins from 55 matches while Sunday’s hosts have been victorious 12 times. Both teams have battled to 19 stalemates, including a 1-1 draw in the reverse fixture.

Les Gones have dominated this fixture in recent times having gone unbeaten in five of the last six meetings.

With Dario Benedetto and Florian Thauvin both suspended, Marseille will look to Dimitri Payet to provide the spark in attack. The winger is priced at 17/5 with Unibet to score anytime and also backed at 19/2 with the same firm in the first goalscorer market.

Lyon have multiple goal threats which makes them dangerous opponents. Top scorer Memphis Depay is priced at 5/4 with bet365 in the anytime goalscorer market while Karl Toko Ekambi is valued at 8/5 with the same firm to score anytime.

Lyon’s superb attack means they are always a good bet for goals having produced over 3.5 goals in four of their last five away matches. Sporting Index values a similar outcome at 89/50 while over 2.5 goals is offered at 7/10 with BetVictor.

Memphis Depay has scored the first goal for Lyon nine times this season and the Dutch international is priced at 9/2 with bet365 to repeat the feat on Sunday. Lyon have led at the break in four of their last five matches and could be worth a shot for a half time win at 11/8 with William Hill.

This French Ligue 1 match between Olympique Marseille and Lyon will be played on Feb 28, 2021 and kick off at 20:00. Check below for our tipsters best Olympique Marseille vs Lyon prediction. You may also visit our dedicated betting previews section for the most up to date previews.