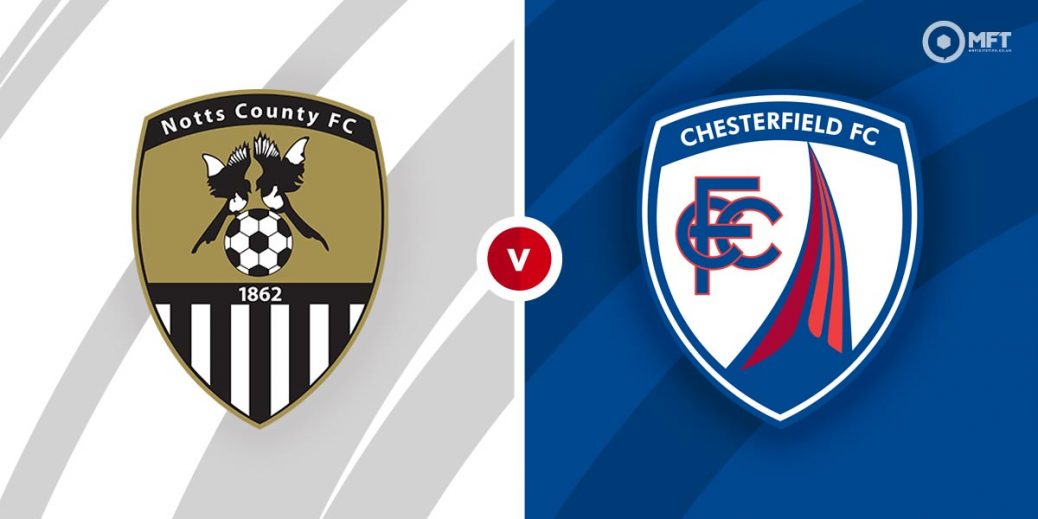 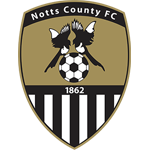 A place in the semi-finals is the prize as Notts County face Chesterfield in a National League Elimination Round fixture at Meadow Lane. Goals can be expected in this one as both teams often enjoy an open style of play and boast some quality in attack.

Notts County head into Saturday’s clash off the back of 1-0 defeat at Bromley in their previous fixture. They were guilty of missing several chances with a Kyle Wooton effort coming off the woodwork.

Manager Ian Burchnall will be keen to move on swiftly from that defeat having gone unbeaten in their previous seven matches, claiming five wins in that run. They also have a solid record at home and have claimed two wins and a draw from their last three matches.

Goals have not been a problem for Notts County this season with eight goals in their last three home matches evidence of the quality in their attack. However, they have been just as shaky at the back with five goals conceded in their last four home matches.

Chesterfield were victorious in their final regular season fixture in the National League, beating Halifax Town 2-1. They needed a late winner from Nathan Tyson after Liam Mandeville’s early opener had been cancelled out.

James Rowe's men were one of the form teams in the final weeks of the season and head to Meadow Lane with four wins and a draw from their last five matches. They have also impressed on their recent travels with three wins from their last four away matches.

Like Notts County, Chesterfield have also impressed going forward with back-to-back 4-1 victories over Woking and King’s Lynn Town showing their quality in attack. Their defence is just as shaky, however, with just one clean sheet from their last seven matches.

Notts County have the edge among the bookies with William Hill offering 5/4 for a home win. A victory for Chesterfield is priced at 21/10 with betway while a draw is set at odds of 13/5 with SBK.

Chesterfield have a slight edge in this fixture with 13 wins from 32 previous matches. Notts County have claimed 12 victories while both teams have battled to seven draws.

Chesterfield triumphed 1-0 in the last meeting, although recent fixtures have been evenly split with three wins each in the last six matches.

Kyle Wooton finished the regular season as top scorer for Notts County with 15 goals and will be the one to watch on Saturday. He often has support from Ruben Rodrigues, who has 11 goals and both men could help the hosts score over 1.5 goals at 23/20 Unibet.

Chesterfield also have quality in attack, particularly with Akwasi Asante and Tom Denton. Both forwards combined for 19 goals during the regular season and could combine to help the visitors score over 1.5 goals at 37/20 with Unibet.

Notts County and Chesterfield have quality in attack and both teams could be backed to score at 4/5 with Skybet. Over 2.5 goals could be worth a punt at 21/20 with William Hill while over 3.5 goals is valued at 5/3 with Betfred.

There are likely to be goals in both halves at 4/5 with Skybet while both teams could be backed to score in the second half at 12/5 with the same firm.

This English National League match between Notts County and Chesterfield will be played on Jun 5, 2021 and kick off at 16:00. Check below for our tipsters best Notts County vs Chesterfield prediction. You may also visit our dedicated betting previews section for the most up to date previews.