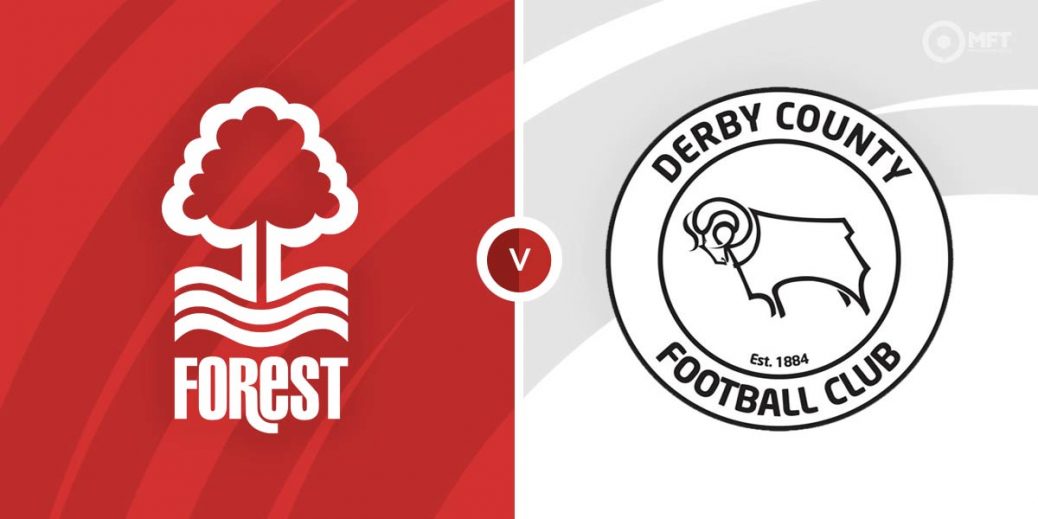 The task for Derby County will be to maintain their almost unbelievable recent resurgence as they travel to the City Ground on Friday in the English Championship. While Forest are often solid at home, Derby are playing with plenty of confidence at the moment and unlikely to come away empty-handed.

Nottingham Forest were gunning for a playoff place at some point this season but appear to have lost their way slightly. They are currently 10th on the table, five points behind the top six and will still harbour hopes of making a push in the second half of the season.

Steve Cooper's men appear to have taken some confidence from their FA Cup win over Arsenal and claimed a 1-0 victory over Millwall in their previous Championship fixture. That win ended a run of two straight defeats in the league with Lewis Grabban's late effort proving to be the difference.

Despite all their recent struggles, Nottingham Forest have maintained a decent record at the City Ground. They are unbeaten in five of their last six home matches in the Championship but suffered a 1-0 defeat to Huddersfield in their most recent fixture in front of their fans.

The great escape appears to be on for Derby County, who are showing some fight after going into administration and suffering points deduction. They have finally climbed off the foot of the table and are now eight points from safety.

It is a testament to an impressive job from Wayne Rooney that he is being linked with the vacant position at boyhood club Everton. However, with safety within their grasp, Derby County will be keen to avoid all that distraction and keep hold of their manager.

Derby County claimed a 2-0 victory over Sheffield United last time out thanks to a brace from Tom Lawrence. That result extended their unbeaten run to five Championship matches, although they were held to a 2-2 draw at Reading in their previous away fixture.

The bookies have installed Nottingham Forest as favourites with a home win priced at 101/100 by novibet. A victory for Derby County is valued at 16/5 with bet365 while a draw is set at odds of 23/10 with SBK.

Nottingham Forest and Derby County have drawn their last four matches, including a 1-1 scoreline in the reverse fixture back in August.

Lewis Grabban is the top scorer for Nottingham Forest with 11 goals and appears to have rediscovered his scoring touch after short drought. The striker has found the net in his last two matches and that scoring run could be tipped to continue at 7/4 with Unibet.

Tom Lawrence is also back among the goals for Derby County and will be the one to watch on Saturday following his brace last time out. The midfielder was also on target in the reverse fixture and is priced at 9/2 by bet365 to get on the score sheet.

Nottingham Forest and Derby County have both scored in their last four meetings and that run could be tipped to continue at 8/7 with Vbet. Derby’s last away match produced over 3.5 goals which is priced at 4/1 with Unibet, who are also offering 29/20 for over 2.5 goals.

Both teams often make slow starts and come to life after the break so the second half could be tipped as the highest scoring half at 6/5 with Paddy Power.