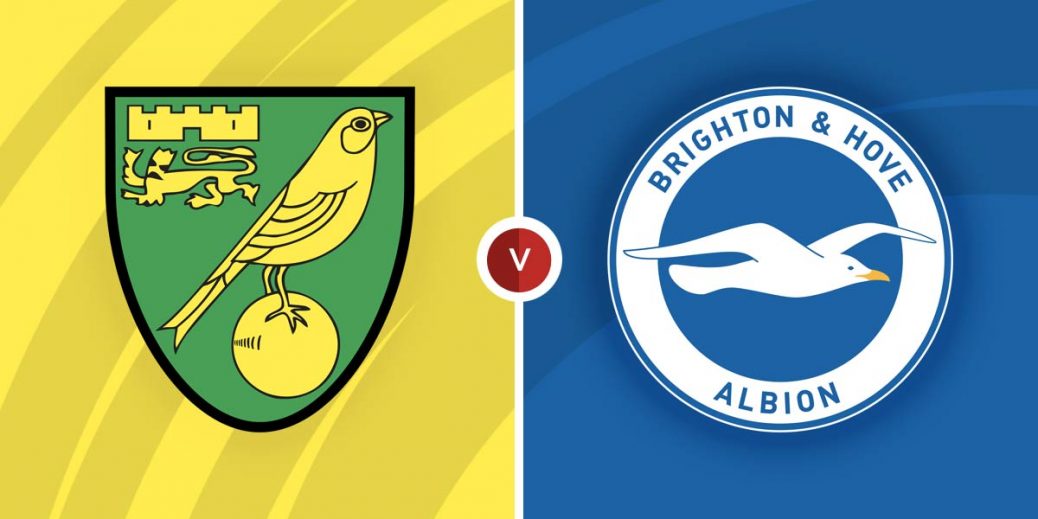 Norwich City are in search of their first win of the season as they host Brighton & Hove Albion in an English Premier League fixture at Carrow Road. The Canaries are finding the topflight difficult and are likely to struggle against the in-form visitors.

Norwich City stemmed the tide of defeats in their previous Premier League fixture with a 0-0 draw with Burnley. They rode their luck a few times but also had a few chances of their own with Mathias Norman striking the woodwork.

The Canaries are finding the step up into the topflight difficult to handle having claimed just one point from seven matches this season. They have suffered six defeats already and are rooted to the bottom of the table.

Norwich City also have the worst defence in the Premier League this season with 16 goals conceded in seven matches. Another headache for manager Daniel Farke is a lack of cutting edge in attack with Teemu Pukki their only player to find the net this term.

Brighton travel to Norwich off the back of a 0-0 draw with Arsenal last time out in the Premier League. They had more of the possession but were wasteful in attack with Leandro Trossard and Neal Maupay guilty of missing good chances.

It has been a fine start to the season for Brighton who have claimed four wins from seven matches and are sitting sixth on the table. The fact that the Seagulls are above the likes of West Ham, Tottenham Hotspur, Arsenal and Leicester City is a testament to Graham Potter’s fine job as manager this season.

Brighton have been surprisingly better on the road this season and are unbeaten in their three away matches so far. They have claimed two wins in that run, beating Burnley 2-1 and also earning a 1-0 victory at Brentford.

Brighton have the edge among the bookies and are priced at 22/19 by SBK to claim the win. A victory for Norwich City is valued at 11/4 with betway while a draw is set at odds of 27/11 by SBK.

Brighton have a 10-6 advantage with four draws from 20 previous matches with Norwich City. They did the double over Norwich during the 2019/20 Premier League season with the clash at Carrow Road ending 1-0 thanks to Leandro Trossard’s goal.

Teemu Pukki is the only Norwich player to have found the net in the Premier League this season with two goals to his name so far. Both his goals have come at Carrow Road and the striker is priced at 21/10 to score anytime on Saturday.

Striker Neal Maupay has scored four goals in seven matches this season and is priced at odds of 11/6 by Vbet to find the net. Winger Leandro Trossard has scored in his last two matches against Norwich and could be worth a punt to score anytime at 4/1 with Paddy Power.

There were over 3.5 goals in Norwich City's last home match and a similar outcome is priced at 31/10 with BetVictor. Over 2.5 goals could also be considered at 11/10 with SBK while both teams could be backed to score at 20/21 with MansionBet.

Brighton have opened the scoring in their last two matches against Norwich City and can be tipped to score first at 39/50 with Sporting Index.