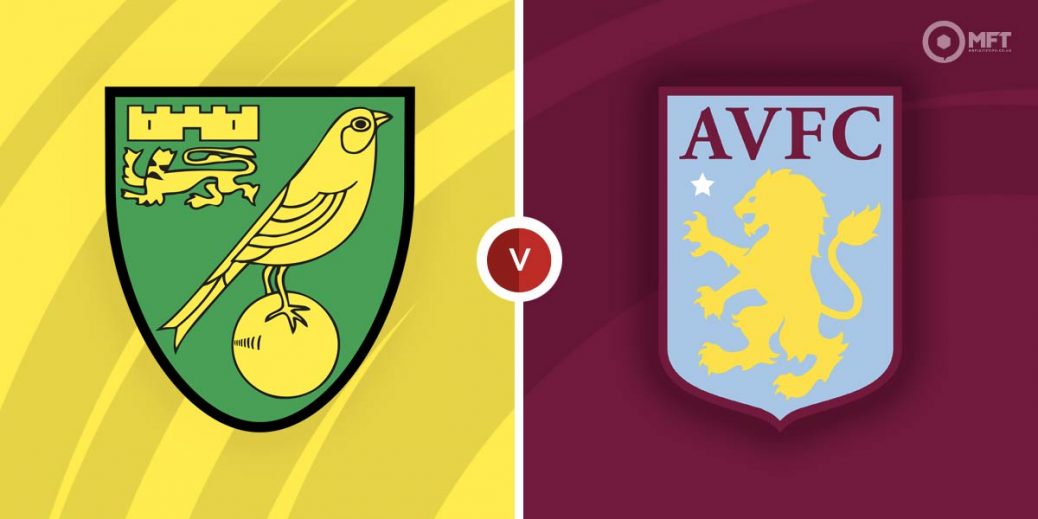 Norwich City will be looking to snap out of a winless run when they host Aston Villa in a midweek Premier League fixture. Villa continue to improve under Steven Gerrard and are likely to heap more misery on their relegation threatened hosts.

After showing signs of life following the appointment of Dean Smith, Norwich City's problems appear to have returned. They are winless in their last four Premier League matches and are back at the bottom of the table.

Despite being rooted to the bottom of the log, it is not all doom and gloom for Norwich City. They are just three points from safety and can still secure survival this season but need a quick turnaround in fortunes.

Norwich City suffered a 1-0 defeat to Manchester United in their previous Premier League fixture. They put up a spirited performance and showed a lot of fight but ultimately succumbed to a second straight defeat.

Aston Villa travel to Norwich City off the back of a 1-0 defeat at Liverpool last time out in the Premier League. They set out to frustrate the Reds while looking to play on the break but eventually fell to a second half penalty.

Manager Steven Gerrard is unlikely to consider that defeat a major setback having led Aston Villa to three wins in his first five matches in charge. That run means they can climb into the top 10 if results go their way in midweek.

Aston Villa have beaten the teams ranked below them, including a 2-1 victory away at Crystal Palace.

Aston Villa have the upper hand among the bookies at 6/5 with betfair while a victory for Norwich City is valued at 13/5 with Betfred. A draw is set at odds of 12/5 with bet365.

Aston Villa have a 24-16 advantage with 13 draws from 53 previous matches against Norwich City. Villa did the double when both teams met during the 2019/20 Premier League season and claimed a 5-1 victory at Carrow Road.

It has not been the best season for Teemu Pukki but he remains Norwich City’s leading scorer with five goals. Bet365 has the striker at odds of 15/8 to find the net on Tuesday.

Ollie Watkins appears to have rediscovered his scoring touch since Steven Gerrard took charge with two of his four Premier League goals coming under the new manager. The striker could be worth considering to score anytime 2/1 with bet365.

Norwich City and Aston Villa know their way to goal but are often unconvincing at the other end of the pitch. Both teams could be backed to score at 17/20 with betway while over 2.5 goals could also be considered at 13/12 with SBK.

Norwich City have gone behind in their last three matches, so Aston Villa could be tipped to score first at 5/6 with MansionBet.

This English Premier League match between Norwich City and Aston Villa will be played on Dec 14, 2021 and kick off at 19:45. Check below for our tipsters best Norwich City vs Aston Villa prediction. You may also visit our dedicated betting previews section for the most up to date previews.