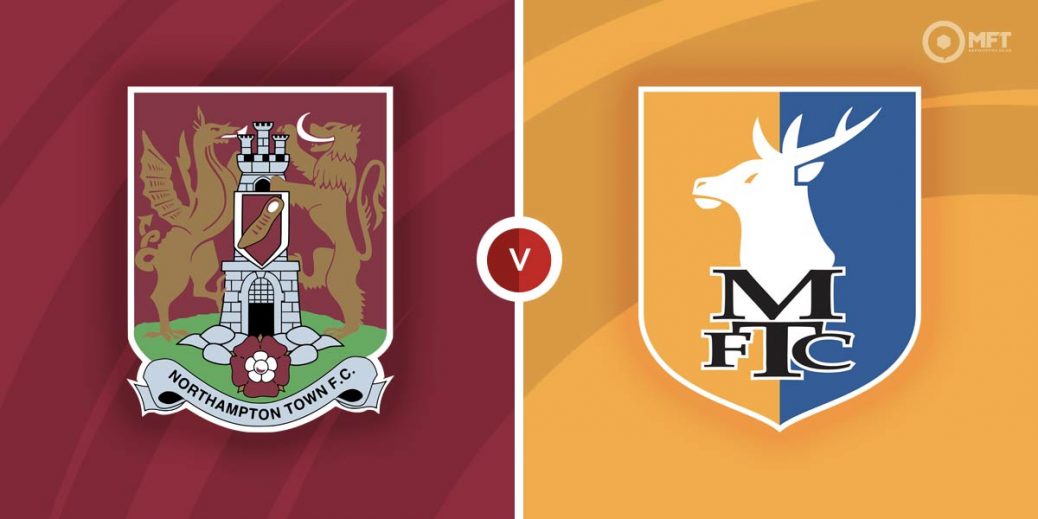 Mansfield Town hold a slender advantage as they travel to Northampton Town for their League Two playoff semi-final second leg. The hosts gave themselves a lifeline in the first meeting and will be confident of turning things around in front of their fans.

It was not the best outing for Northampton Town in the first leg as they fell two goals down after some early pressure from Mansfield Town. They regained their composure after the restart and gave themselves a lifeline with Ali Koiki’s effort.

Although manager Jon Brady will be disappointed with the result, he will still be keen to put things in perspective. That was the first defeat in seven matches for Northampton Town, who have also claimed four wins in that run.

Northampton Town have suffered just one defeat in their last nine matches at Sixfields Stadium, claiming five wins in that run.

Mansfield Town will be satisfied with the performance and result from the first leg as they capitalised on a slow start from Northampton. First half efforts from Rhys Oates and Jordan Bowery gave them a two-goal lead before the visitors pulled one back.

It was a timely return to winning ways for Mansfield Town, who had struggled to find their rhythm in recent weeks. Prior to that first leg result, Nigel Clough’s men had gone three straight matches without a win.

While Mansfield Town will be looking to see out the tie with a disciplined and organised performance on Wednesday, their recent record on the road has been troubling. They have claimed just one win in their last five League Two away matches.

Northampton Town have the slight edge among the bookies with a home win priced at 7/5 by SBK. A victory for Mansfield Town is valued at 21/10 by Paddy Power while a draw is set at odds of 11/5 with bet365.

The first leg result means Mansfield Town have now won the last two meetings against Northampton Town. However, they were at home for both fixtures with Northampton claiming a 2-0 victory in the last meeting at Sixfields Stadium back in October.

Northampton Town will be looking to top scorer Sam Hoskins to rediscover his scoring touch following a quiet outing in the first leg. The striker has four goals in his last five matches and is priced at 12/5 by Paddy Power to find the net on Wednesdays.

Mansfield Town are likely to be on the back foot on Wednesday and will need to be clinical with the few chances they get. Jordan Bowery will be the one to watch in that regard and having found the net in the first leg, could be backed to score again at 14/5 with BetVictor.

The first leg’s outcome means there have now been goals for both teams in four of their last six meetings. A repeat could be considered at 19/20 with Unibet while over 2.5 goals is valued at 13/10 by bet365.

Northampton Town have opened the scoring in three of their last four home matches and could be tipped to grab the first goal on Wednesday at 19/20 with Coral.