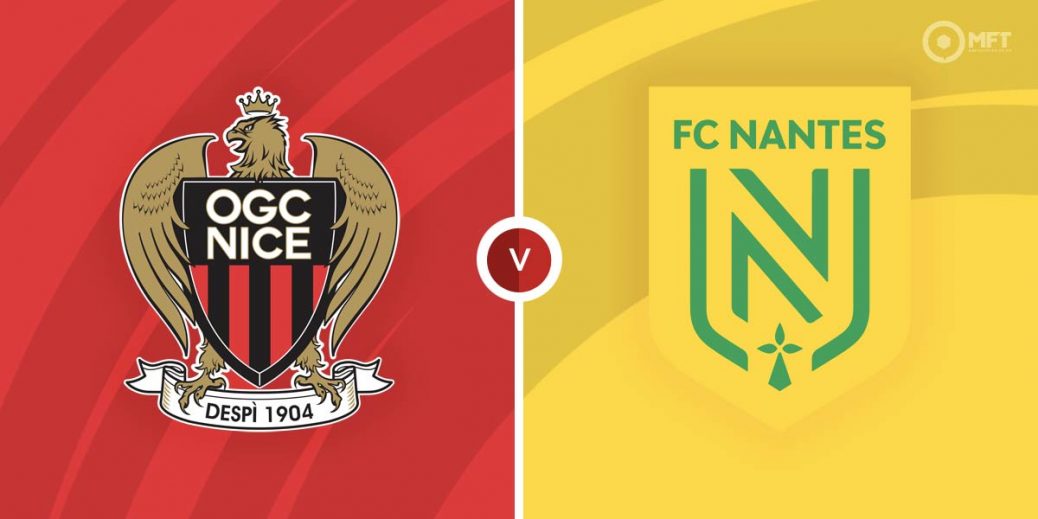 Nice face Nantes in a Friday night French Ligue 1 fixture with both teams looking to maintain their recent good form.

It has been an impressive first season as manager of Nice for Christophe Galtier with the team challenging near the top of the table. They are second, leading the chasing pack attempting to rein in runaway leaders PSG.

Nice were in fine form in their previous Ligue 1 fixture with a 3-0 victory over Brest. Kasper Dolberg opened the scoring early in the encounter while Andy Delort and Amine Gouiri added further goals late in the second half.

That was the third straight victory for Nice, who appear to have picked up where they left off in 2021. They also claimed a 2-1 victory over Lens in their previous Ligue 1 fixture at the Allianz Riviera.

Nantes are also having a solid campaign and look a different side from the team that barely avoided relegation last season. They are in the mix for a European finish and sit just two points behind Montpellier in fifth place.

Antoine Koumbiuare’s men travel to Nice off the back of a 0-0 draw with Monaco in their previous Ligue 1 fixture. They were generally solid in defence but struggled to create much at the other end of the pitch.

While Nantes have been in good form lately, they will be without key players heading into Friday’s clash. The likes of defender Charles Traore and forwards Kalifa Koulibaly and Moses Simon are all playing at the Africa Cup of Nations.

Nice have the upper hand among the bookies and are priced at 7/8 with betway while a victory for Nantes is priced at 7/2 with BetVictor. Betfair is offering odds of 27/10 for a draw.

Nice have won the last three matches against Nantes and claimed a 2-0 victory in the reverse fixture back in September with Kasper Dolberg and Amine Gouiri getting the goals.

Amine Gouiri is the leading scorer for Nice with nine Ligue 1 goals and will be the one to watch on Friday. The striker was also on target in the reverse fixture against Nantes and is priced at 13/8 by Unibet to get on the score sheet.

In the absence of Kalifa Koulibaly and Moses Simon, Randal Kolo Muani will be the one to watch for Nantes. The striker has seven Ligue 1 goals this season and is priced at 16/5 by Unibet to find the net on Friday.

Nice have found the net in both halves in two of their last three matches and could be tipped for a repeat on Friday at 2/1 with bet365.

This French Ligue 1 match between Nice and Nantes will be played on Jan 14, 2022 and kick off at 20:00. Check below for our tipsters best Nice vs Nantes prediction. You may also visit our dedicated betting previews section for the most up to date previews.