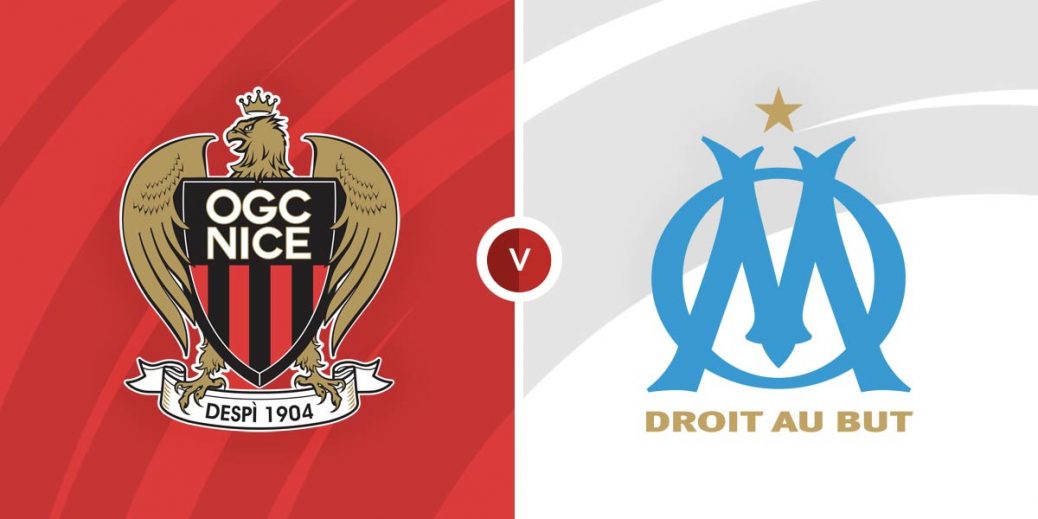 After the first meeting was marred by crowd trouble, Nice and Marseille square off in a rescheduled French Ligue 1 fixture at the Stade de l’Aube. Nice are fresh off a thrilling comeback win over Lyon and will be full of confidence.

Nice showed their character last time out in Ligue 1 as they came from two goals down to earn a 3-2 victory over Lyon. A late blitz from the hosts saw Youcef Atal, Andy Delort and Evann Guessand get on the score sheet with all their goals coming in the final 10 minutes.

After winning the title with Lille last season, Christophe Galtier appears to be working his magic at Nice. From barely finishing in the top 10 last season, they are now challenging near the summit of the table and sit just two points behind second placed Lens.

Home form has been pivotal for Nice this season as they are unbeaten at the Stade de l’Aube. They have won three of their last four Ligue 1 matches on home soil, the biggest of which was a 4-0 victory over Bordeaux.

Marseille are coming off a 0-0 draw with PSG in their previous League 1 fixture. While they would have preferred a win, manager Jorge Sampaoli will be pleased with his team’s defensive display, keeping a clean sheet against PSG’s prolific attack.

It has been a constant battle for consistency for Marseille this season as they head into Wednesday’s clash with just one win from their last seven matches across all competitions. They have also struggled on the road and are winless in their last four matches.

Marseille have struggled in attack in recent weeks and have failed to score in four of their last five matches across all competitions. That poor scoring run appears to have coincided with a dip in form from top scorer Dimitri Payet who is now without a goal in his last four matches.

The bookies appear to be split on this one with Unibet offering 29/20 for a Nice win while a victory for Marseille is priced at 15/9 by betway. A draw is set at odds of 23/10 by Paddy Power.

Marseille have a 24-11 advantage with six draws from 41 previous matches against Nice. However, Nice claimed a 3-0 victory in the last meeting at the Stade de l’Aube back in February.

Amine Gouiri is the top scorer for Nice with five goals and could be worth keeping an eye on to score anytime at 19/10 with Vbet. Fellow striker Kasper Dolberg also has multiple goals this session and is priced at 13/8 in the same market.

Given Marseille’s attacking problems, Nice will be targeting a shutout on Wednesday. Dante and Jeanclair Todibo often feature in central defence and will be confident of keeping a clean sheet at 12/5 with betway.

Marseille’s goalscoring problems means BTTS NO can be considered at 6/5 with Paddy Power. Nice can also be tipped to earn a win to nil at 10/3 with betway.

Nice could also be tipped to score first at 10/11 with betway.

This French Ligue 1 match between Nice and Marseille will be played on Oct 27, 2021 and kick off at 20:00. Check below for our tipsters best Nice vs Marseille prediction. You may also visit our dedicated betting previews section for the most up to date previews.