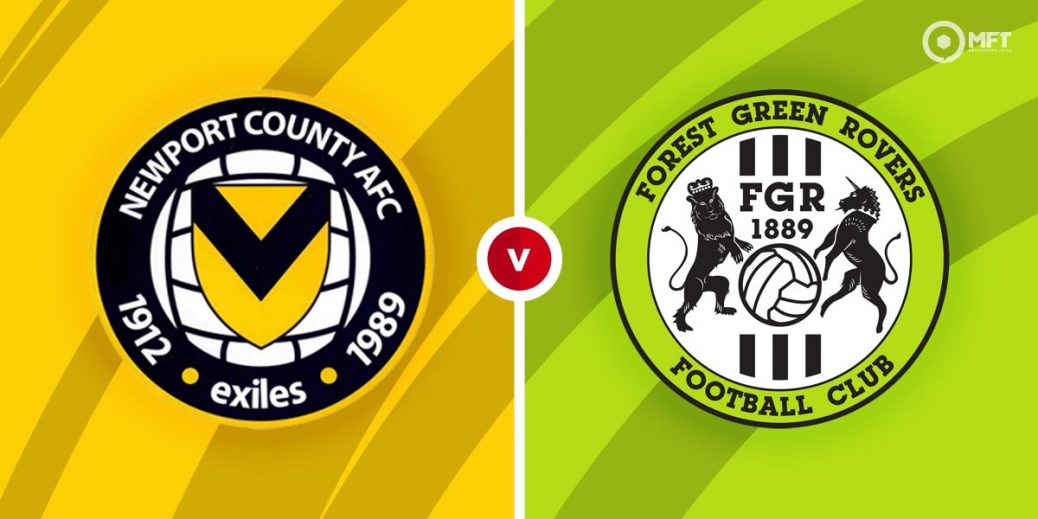 Newport County and Forest Green Rovers face each other in the first leg of their English League Two playoff semi-finals. Newport often do their best work at home and should have the edge in the first fixture on Tuesday.

Newport County head into the playoffs off the back of a 1-1 draw at Southend United in their final regular season fixture. They fell behind early but struck back in the second half through Mickey Demetriou.

A fine end to the campaign saw them go unbeaten in their final five matches of the season to finish fifth on the table. That late season form was driven by a solid defence as they kept four clean sheets in that run.

Michael Flynn's men are solid on their own turf and have won their last three matches at Rodney Parade. Their defensive record is even more impressive at home with clean sheets in five of their last six matches.

A brace from Aaron Collins helped Forest Green Rovers claim a 3-0 victory over Oldham Athletic in their final regular season fixture. All three goals were scored in the second half with an effort from Odin Bailey sandwiched between Collins’ double.

Forest Green were made to wait till the last weeks of the regular season to secure their place in the playoffs. They had gone three matches without a win before knocking off Tranmere Rovers and Oldham in their final two fixtures.

Jimmy Ball's team often struggle on their travels and have claimed just one win in their last six away matches. Among their results in that run is a 4-1 defeat to Bradford City while they were also beaten 2-1 at Walsall.

The bookies have Newport County as favourites with a home win priced at odds 29/20 by Sporting Index. A victory for Forest Green Rovers is valued at 31/14 by Vbet while William Hill is offering 11/5 for a draw.

Newport County’s record at Rodney Parade gives them the edge here and I am leaning towards a home win.

Newport County are usually tight at the back and difficult to break down with Ryan Haynes and Mickey Demetriou often featuring in central defence. Both men have guided the team to five clean sheets in their last six home matches and will be hoping for a repeat at 17/10 with Sporting Index.

Having kept a clean sheet in their final regular season fixture, Forest Green Rovers will be hoping for a similar outcome on Tuesday. Udoka Godwin-Malife and Christopher Stokes will be the ones to watch in central defence if they are to keep another clean sheet at 11/5 with SpreadEX.

Newport County’s solid defensive record at home means a win to nil could be considered at 11/4 with Sporting Index. It could also be worth a punt backing only one team to score at 27/20 with the same firm.

Newport could also be backed to score first at 19/20 with MansionBet.