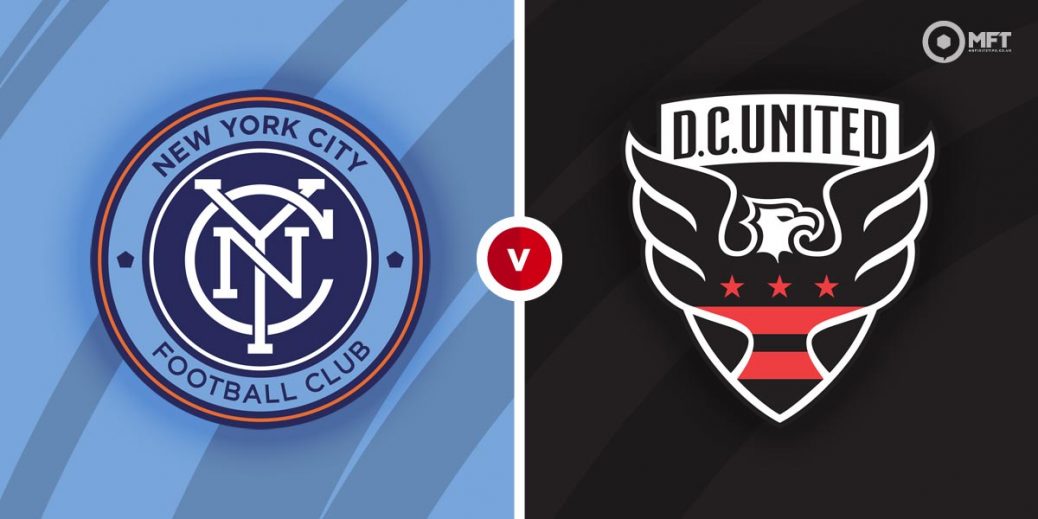 New York City FC host DC United in an MLS fixture at the Red Bull Arena as they look to continue their push up the table. Both teams have been on a similar run in recent weeks but with DC often struggling on the road, New York City could have the edge here.

Ismael Tajouri was once again the hero as New York City earned a 1-0 victory over Atlanta United last time out in the MLS. They were the better side and could have won by more but in the end, Tajouri’s 69th minute effort proved to be the difference.

It was the second win in three matches for New York City, who appear to be turning the corner and coming into some form. They are now up to fourth in the Eastern Conference, just four points behind second placed Orlando City.

New York City have surprisingly done their best work on the road this season and manager Ronny Deila will be hoping his team can channel some of those performances into their home fixtures. They need to improve defensively though having kept just one clean sheet in their last four home matches with six goals conceded in that run.

DC United were held to a 0-0 draw at Montreal in their previous MLS fixture. They were wasteful in attack, failing to capitalise on their superior possession and chances created despite the hosts playing the entire second half with 10 men.

The Black and Red are also showing some good form in recent weeks, winning two of their last three matches. That run has moved them up to seventh in the Eastern Conference just one point behind New York City.

Hernan Losada’s men have a poor record on their travels winning just one away match all season. Their heaviest defeat of the season has come on the road which was a 4-1 loss to San Jose Earthquakes.

The bookies have New York City as overwhelming favourites with a home win priced at 7/12 by Vbet. A victory for DC United is valued at 5/1 by betfair while betfiar is offering odds of 16/5 for a draw.

Given DC United’s poor record on the road, I am tempted to back a win for New York City.

New York City have the edge in this fixture with eight wins from 16 previous matches. DC United have claimed five victories while there have been three draws between both teams.

DC United also have the upper hand in recent meetings with four wins from the last six fixtures. They ran out 4-1 winners the last time they hosted DC United with Ismael Tajouri netting a brace.

Ismael Tajouri’s goal against Atlanta United means he has now scored in his last four matches. The forward also netted a brace the last time New York City hosted DC United and could be worth a punt in the anytime goalscorer market at 17/10 with Paddy Power.

DC United will be looking to top scorer Ola Kamara to provide the spark in attack. The striker has found the net four times this season and is priced at 7/2 by Paddy Power to score anytime.

Given the defensive problems for New York City and DC United, a punt in the goals market could provide some reward. Over 3.5 goals is priced at 2/1 by Paddy Power, over 2.5 goals is valued at 10/13 by Vbet while betfair is offering 20/23 on both teams to score.

This MLS match between New York City FC and DC United will be played on Jun 27, 2021 and kick off at 23:00. Check below for our tipsters best New York City FC vs DC United prediction. You may also visit our dedicated betting previews section for the most up to date previews.