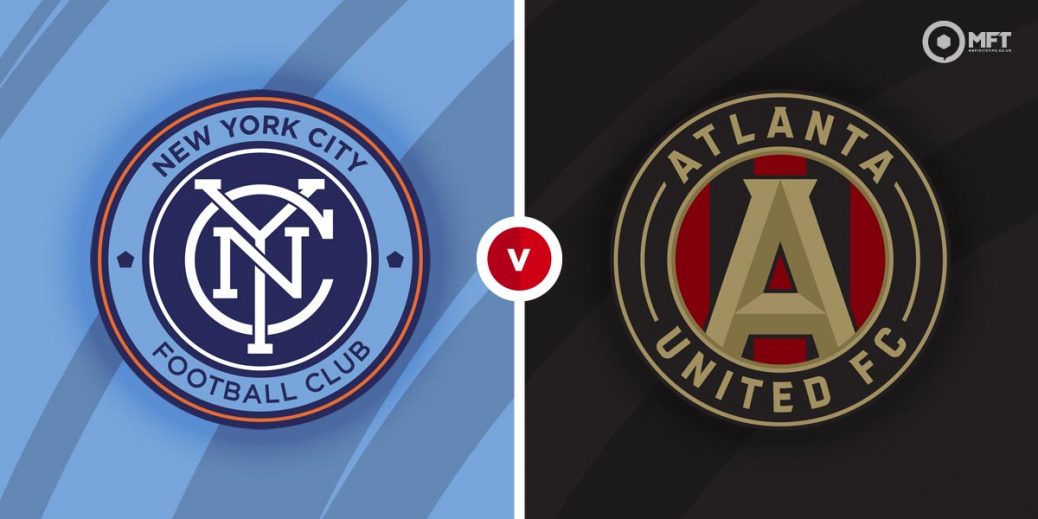 New York City and Atlanta United will hope to snap out of recent slumps as they square off in an MLS fixture at Red Bull Arena. Both teams have been poor in defence lately and are likely to produce goals.

New York City suffered a 3-2 defeat at home against New England Revolution in their previous MLS fixture. Efforts from Thiago and Ismael Tajouri put them on course for a share of the spoils but they conceded the winner two minutes from time.

Sitting seventh in the Eastern Conference, New York City are looking to get their season back on track. They have claimed just one win in their last five matches and are barely holding on to the final playoff spot.

New York City’s problems can be attributed to a shaky defence that has failed to keep a clean sheet in their last five matches. Ronny Deila’s men have also conceded six goals in their last three home fixtures.

Atlanta United were held to a 2-2 home draw against Philadelphia Union last time out in the MLS. They once again let a lead slip as an own goal from Kacper Przybylko and an Anton Walkes effort were cancelled out late on by Philadelphia.

Manager Gabriel Heinze has seen his team struggle with too many draws having been held four times in the last five matches. They have also drawn their last three away matches and are currently ninth on the table, level on 11 points with New York City in seventh.

The five Stripes have been poor defensively and have kept just one clean sheet in their last seven MLS matches. Their defensive struggles mean they often throw away leads having also given up a two-goal advantage to draw 2-2 with Nashville prior to the clash against Philadelphia.

New York City are considered favourites among the bookies with Vbet offering 3/5 for a home win. A victory for Atlanta United is priced at 9/2 by William Hill while a draw is set at odds of 10/3 by bet365.

Atlanta have a 4-2 advantage with two draws from eight previous matches against New York City. The most recent meeting ended 4-1 in favour of New York City.

Valentin Castellanos is the top scorer for New York City with four goals and is priced at 11/8 by betfair to score anytime. Fellow forward Ismael Tajouri has also been on the rise lately with goals in his last three matches and could be worth a punt in the same market at 7/4 with Paddy Power.

Atlanta United often spread their goals across their team with midfielders Damian Moreno and striker Ezequiel Barco on target in recent weeks. Paddy Power is offering 9/2 on Barco in the anytime goalscorer market.

New York City and Atlanta United both produced over 3.5 goals in their last fixtures and could be backed to serve up a similar outcome at 17/10 with betfair. Over 2.5 goals is valued at 13/19 by Vbet, while betfair is offering 8/11 on both teams to score.

Atlanta United often take the lead in matches and could be backed to score first at 2/1 with Paddy Power. A halftime draw could also be on the cards at 7/5 with bet365.